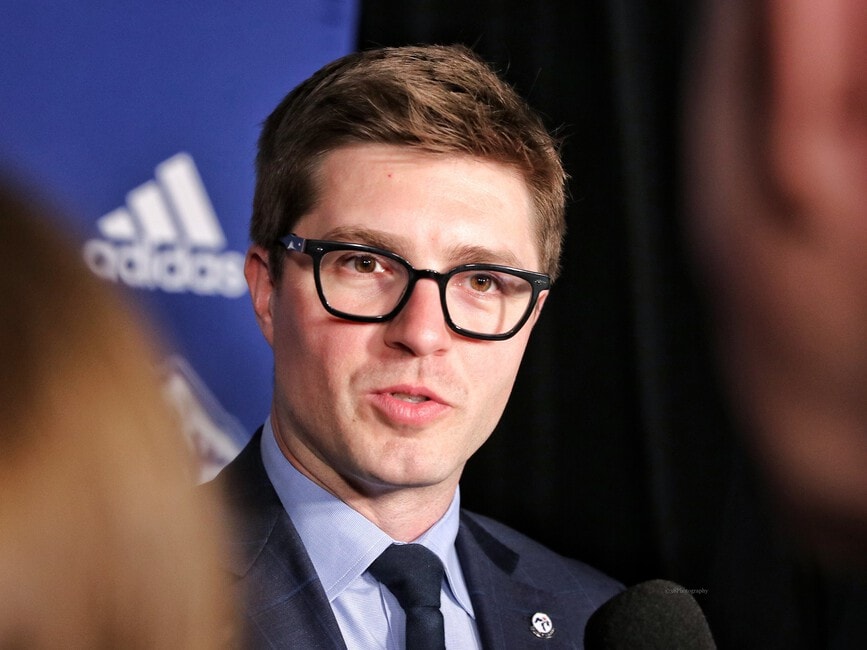 The Toronto Maple Leafs will soon be back on ice. The last time fans saw the boys in blue they were failing to make it past the first round – again. However, the time away hasn’t healed the wounds, it still seems fresh for many readers of our articles. On the Maple Leafs Lounge, we have been requesting viewer, listen and reader feedback. It’s been made clear that many blame Kyle Dubas and want the general manager fired.

This kind of reaction is nothing new to Jim “the Old Prof” Parsons, “I’m talking in the thousands of people who read my posts and really go after Dubas,” Parsons said during a recent episode.

A reader with the username is Ron typed: Dubas took over a team with lots of potential and drove the Leafs off the closest cliff he could find. Dubas squandered his cap. Dubas squandered his draft picks. Dubas continues to let his UFAs walk with no compensation. In three years, the Leafs’ prospect pool will be the weakest in the league. Dubas only signed Matthews to a five-year contract, so we can all watch him leave in his prime with no compensation. The next management will have very little to start with. The End.

Maple Leafs Situation is Not Dire

Alex Hobson responded, “all due respect Ron, thanks for giving your comments, but I don’t think the situation is as dire as you made it out to be.” Hobson has written a few articles defending the general manager. “Dubas has filled every single role that the Leafs have needed to improve their roster, and at this point, I will die on the hill that it all falls on the players and if they want to show up in the playoffs.”

Peter Baracchini doesn’t see significant changes ahead for Toronto, “they’ve already cleaned house in 2015 when (Brendan) Shanahan came in.” Baracchini just updated the farm system ranking for all 32 NHL teams, and he has the Maple Leafs at 17. He believes Dubas has done a good job with the cap. “He’s managed the cap situation despite being close to the limit every single year and still manage to find the quality players that he does for that type of return money. No does a better job than Kyle Dubas.”

Dubas’ Future Detemined in the Playoffs

While respecting my colleagues’ opinions, I understand the reader’s point of view, “we are in sports, people are hired and fired all the time.” I said the management team has done a good job, but the organization has plateaued. “It’s at a point where it has to get past the first round, of it’s just banging your head against the wall with the same makeup… something’s got to change at that point. It can’t be this way again in the next playoffs.”

Parsons defends the current front office, “I think the process is going well. The fact they don’t win the Stanley Cup? Gosh, one team wins the Stanley Cup in a very difficult sport.” Parsons says he is still convinced the current management, lead by Shanahan, is one of the best in pro sports. However, he enjoys the discussion, “I just think they’re doing the right things. The fact that they don’t win I can’t explain that, but honestly, I disagree fans great fans, and they disagree with me, so that’s the fun of this whole process is engaging in something that people really care about.”

Shanahan knew the topic would be a hot one all summer. So he addressed it in June but didn’t assign the blame on Dubas. Instead, he put the responsibility on himself. “The job that I took on to come here was to rebuild this organization, make them a Stanley Cup contender, and win a Stanley Cup. That hasn’t happened yet. So I am going to keep my focus on that until I accomplish it.”

It’s difficult to say if Shanahan’s words indicate he would be willing to move on from Dubas. However, if the team fails again this season, he may have no choice but to fire his general manager to keep his own job.