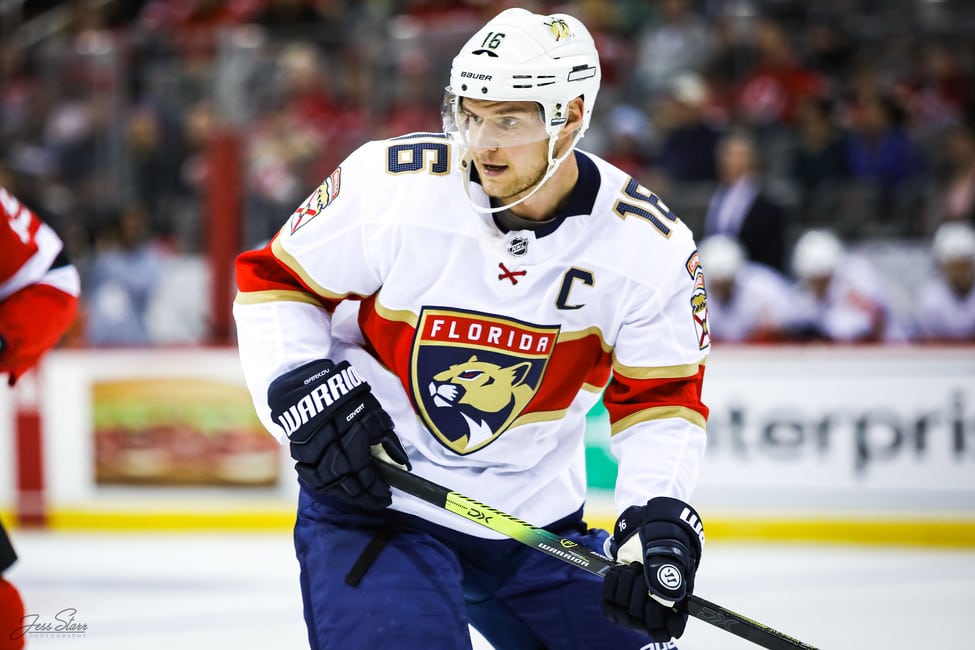 In today’s NHL rumors rundown, one of the names left off the New York Islanders list of recently signed players should be added in the next little bit. Meanwhile, one reporter believes Jesperi Kotkaniemi was looking for a way out of Montreal and his main motivation in signing the offer sheet might have been to join an organization he felt would better develop him. Jake Virtanen might wind up in the KHL and are there teams interested in trading for P.K. Subban? Finally, are the Florida Panthers set to announce a new deal for Aleksander Barkov?

Parise Has Signed With Islanders

Zach Parise confirmed to Michael Russo of The Athletic that he has signed with the Islanders but the contract has just not been registered yet with the NHL. No contract details have been revealed, but the assumption is that it’s near league minimum.

The Islanders will likely use Parise’s deal to close the cap ceiling gap needed to put Johnny Boychuk on LTIR. The team intends to move Boychuk’s $6 million salary but wants to get as much relief as possible when they do so.

Kotkaniemi Wanted a Way Out

Reporter Arpon Basu was a guest on Melnick in the Afternoon on TSN690 and was talking about the Kotkaniemi situation. He said, “I think a lot of things played into him agreeing to this offer-sheet and trying to find a way out because I’m not sure if he’s 100% certain that his own development has been properly managed by this team.”

There were rumors that Kotkaniemi wasn’t happy being a healthy scratch and that perhaps the Canadiens didn’t have the faith in him he thought they should. It will be interesting to see if the Canadiens match how he’ll feel about going back, especially since he can’t be traded for a year’s time after an offer sheet is matched.

What will be interesting is to see where the Hurricanes slot him if he comes to the team. Aaron Ward on TSN 690 said of Kotkaniemi joining the Hurricanes: “The system itself fits very well, the tough part is now you have to supplant Aho, Trocheck and Staal, which is going to be a tough battle. So immediately coming to this team making $6M, you’re a 4th line centreman.”

Could Virtanen Jump to KHL?

Sports Editor at @DailyHiveVan, Rob Williams writes that a report out of Russia has a KHL team making a contract offer to former Vancouver Canucks forward Jake Virtanen. He adds, “It would be a big pay cut from what he was scheduled to make before being bought out by the Canucks this offseason.” A 60M rubles contract which is equivalent to $816K USD.

Virtanen was placed on leave by the Canucks in April after an allegation of sexual misconduct. A civil lawsuit against Virtanen was filed in May. As players around the league who haven’t been signed need to figure out where they’re going to land employment, the prospects for Virtanen might be slim.

Per Jimmy Murphy, there are multiple teams interested in defenseman P.K. Subban. It’s not clear which teams are calling or kicking tires or if the New Jersey Devils will be looking at retaining salary in any deal. Subban has one year left on his current deal that pays $9 million. It’s hard to imagine a team taking that contract straight up considering the defenseman’s drop in production over the past couple of seasons.

Murphy adds the Bruins might be a team to watch here. He notes:

Looks like a surprisingly large contingent of Boston Bruins fans wouldn’t mind New Jersey Devils and longtime Bruins nemesis PK Subban in Bruins uniform this season. I will write more on this and the potential of that becoming a reality either later today or tomorrow but I think it would be a great move on and off the ice for the Bruins.

According to George Richards, the Panthers are expected to announce a new contract for Aleksander Barkov in the coming weeks. He believes the deal could be made official prior to training camp opening on September 22.

As for what the extension looks like, it’s believed he’ll get more than the $7.75 million per season that Sean Couturier and Andrei Svechnikov just signed for. Barkov has one year left on a contract that pays $5.9 million annually. Richards writes, “It would not be surprising (and is all but expected) to see Barkov get the eight-year maximum — which would put him under contract until the ripe old age of 34.”