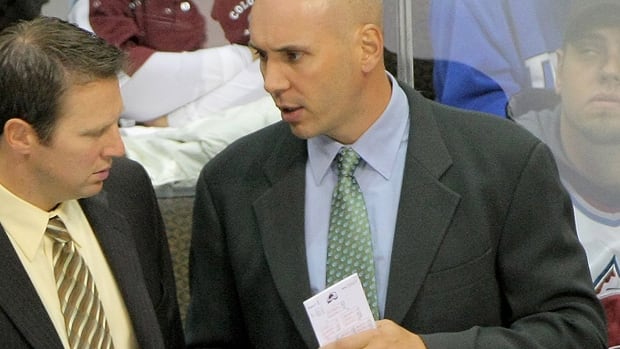 The Columbus Blue Jackets said Monday that the team has replaced an assistant coach who declined to get a COVID-19 vaccination.

Sylvain Lefebvre was replaced on coach Brad Larsen’s staff by Steve McCarthy because “Lefebvre has decided not to receive a COVID-19 vaccine and thus will not be able to perform the duties required of him given current NHL protocols,” according to a team statement.

NHL coaches and other team staff who closely interact with players are required to be fully vaccinated.

“While we are disappointed, we respect that this decision is a personal one for Sylvain and wish him well,” Blue Jackets general manager Jarmo Kekalainen said.

Lefebvre, a former NHL defenceman and longtime coach in the American Hockey League, was added to the staff in July by Larsen, the former Blue Jackets assistant who replaced the fired John Tortorella.

McCarthy is a former NHL defenceman who was promoted from the Cleveland Monsters, the team’s American Hockey League affiliate, for which he was an assistant coach.

“Steve has done a great job working with our young defencemen in Cleveland the past five years and is ready for this opportunity,” Larsen said.