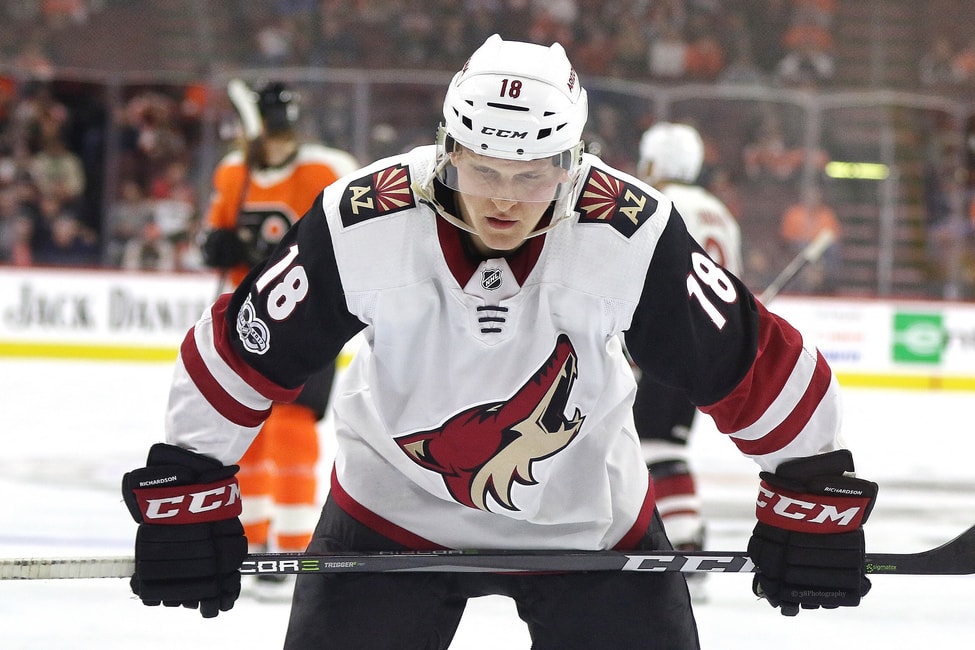 The Canadiens development camp is set to begin this week, Sept. 15 to 21, and they have invited 27 players who will take part in three games, two versus the Ottawa Senators and one versus a USports team of All-Stars, as the organization’s prospects try to prove they deserve an invitation to the main camp.

Gianni Fairbrother and Kaiden Guhle were invited to learn and are expected to return to their junior club with notes on what to develop further over the season. Other players are invited on a try-out basis in the hopes of earning a contract.

Former Halifax Moosehead and Chicago Blackhawks draft pick Alexis Gravel will attend, as well as Tag Bertuzzi, son of former NHLer Todd Bertuzzi. Both 20-year-olds will look to prove themselves in different ways. Gravel could be the goaltender who competes for a starting role with the ECHL Trois-Rivières Lions. Tag played the last Ontario Hockey League (OHL) season with the Hamilton Bulldogs with Jan Mysak, but due to the pandemic shutdown, he played in Slovakia last season. His style of play is much like his father’s and could turn some heads at camp.

“I adore Phillip, but Danault sees himself as bigger than what he actually is. He’s a good third-line player and no winning team can afford to pay a third-line center $5.5 million in a salary cap structure.”

Waite also shared his take on why the Canadiens traded for Dvorak.

“Replaced Phillip (Danault) with a better player in Dvorak and I do believe Dvorak is there to replace Danault.”

He went on to explain that a player like Jake Evans can provide much of what was lost with Danault leaving and that the coaching staff has confidence in him. While his opinions aren’t surprising, it does come from someone who was on the inside and can give some context as to why the Canadiens had set a maximum value on Danault, especially with the salary cap becoming an issue with other young players that will be needing contract extensions soon.

Waite then spoke of Jesperi Kotkaniemi’s development, which many blame on the Canadiens for rushing him into the NHL. However, Waite said:

“If KK questions his development, he needs to look in the mirror to see who has some of the blame, but he will be a very, very good player once he gains maturity mentally and physically.”

Waite argued Kotkaniemi was in the team’s plans and that their goal was to give him more responsibilities this season, but the Carolina Hurricanes’ offer sheet forced general manager Marc Bergevin’s hand into making a decision he didn’t want to make. Waite is also still in touch with Carey Price and said he is recovering very well, training well and will be ready for training camp.

He also confirmed that the injuries reported before the Expansion Draft was calculated. Price asked to waive his no-movement clause so that the team could protect Jake Allen, the goaltender who helped carry the team into the playoffs last season. By keeping Allen, the Canadiens could again have one of the top goaltending tandems in the NHL.

The Seattle Kraken ultimately didn’t select Price because of the uncertainty of his health and ability to start this season, coupled with his hefty contract. The decision to play a high-stakes game of chicken was not only his choice, but it did provide the team with the outcome they wanted for Price and Allen to remain in Montreal.

Scotty Bowman Gets a Rink

Legendary Canadiens head coach Scotty Bowman returned to his hometown of Verdun, Quebec, to inaugurate the re-opening Verdun Arena, which has now been named in his honour.

“I don’t know if this brings closure to my career, but this is a great honour because I’m from here and I played all my sports in Verdun.”

Bowman is the senior advisor to his son and Chicago Blackhawks general manager Stan Bowman. In his 54 years working in the NHL as a coach and executive, the elder Bowman won 11 Stanley Cups, making him the NHL’s winningest coach/executive of all time. His legacy as a Montreal sports legend was cemented in the 1970s when he coached the last Canadiens dynasty, which won four consecutive Cups from 1976 to 1979.

Having an arena named after him may seem like a small feat for someone who has won so many championships, but a legacy of a new generation learning the game in a rink bearing his name helps his name live on in a tangible way in his hometown.

Where Does Drouin Fit In?

Drouin will return to the team after missing the end of last season and the playoffs for personal reasons. He will need the full preseason to rediscover his role and spot in the lineup. Playing on the top line might be a good use of his skill set, but it might also expose a player with defensive deficiencies to play against the opposition’s top lines alongside young linemates.

Drouin will more likely find himself on a line with Brendan Gallagher and newly acquired center Dvorak. In his introductory press conference, Dvorak stated he would like a playmaking winger. However, the key is to get the best out of Drouin. Whether the end goal is to keep or trade him, the team needs him to become a productive top-six player again, and this will be a very important season for him to get his career back on track.

What to Expect from Dvorak

Since he was acquired from the Arizona Coyotes, fans have wondered what to expect from Dvorak this season. His former NHL coach, Rick Tocchet, had this to say of the 25-year-old center:

“He’s a really good 200-foot player, he plays his own end very well. When he’s at his best, he scores goals around the net. If you watch a lot of his goals, it’s 15 feet out. He’s got that quick release, but he also gets a lot of rebounds and tip goals, too. Those are important goals. Those are hard to find, those type of players that are willing to go into the paint, into the middle of the ice a lot.”

–Rick Tocchet (Marc Antoine Godin, What the Canadiens should expect from Christian Dvorak: Breaking down his game with former coach Rick Tocchet,The Athletic, 13/9/21.)

The Canadiens have been looking for that style of play, especially on the power play, players who are willing to get to the front of the net and create problems for the opposition. He has also has experienced being matched up against some of the league’s best centres, like Anze Kopitar and Nathan MacKinnon, which means he should fill the role left by Danault. Hopefully, Dvorak can ease the defensive burden on Suzuki while providing more offence than Danault. If he can meet that high demand, then this trade will be applauded.

Montreal needs a left-handed, puck-moving defenceman. Most of the defensive corps is made up of defence-first, stay-at-home players, and while Alexander Romanov is expected to step up in that role in his second season, some TSN analysts have wondered if Mattias Norlinder can surprise and make the team this season to help fill that role.

Norlinder is a top prospect that the Canadiens are excited to see in action (translated from French):

“He (Norlinder) is one of our best prospects. There are some already in Montreal such as Kotkaniemi, Suzuki and Romanov. After them, he’s probably the one who has impressed us the most.”

With Norlinder now under contract and arriving for development camp, fans will finally see how he can play in North America. He has the skill set to be a good second-pairing, puck-moving defenceman. He has solid mobility, offensive instincts and can make decisions quickly. He is expected to return to Sweden for another season; however, the 22-year-old may surprise management and force Bergevin’s hand into letting him remain on the NHL roster.

As the NHL offseason wears on, keep an eye on The Hockey Writers and our new THW Podcast Network for the latest Canadiens news, notes and rumors.

Blain is a regular contributor as a THW Writer, and for over 7 years he has been a part time journalist and podcaster covering the NHL, the Montreal Canadiens and it’s affiliates. He has been a contributor for various other websites and publications working as a staff writer and freelance journalist.  For over 7 years, he has been a trusted source due to his goal being to keep hockey fans entertained and informed with the most credible information available. He has made appearances on various radio stations and podcasts to discuss the Canadiens, and the NHL. He has taken the lessons on integrity, ethics, values and honesty that he has learned as a 28 year veteran of the Canadian Armed Forces and applied them to his work as a journalist to guide him in informing his readers.