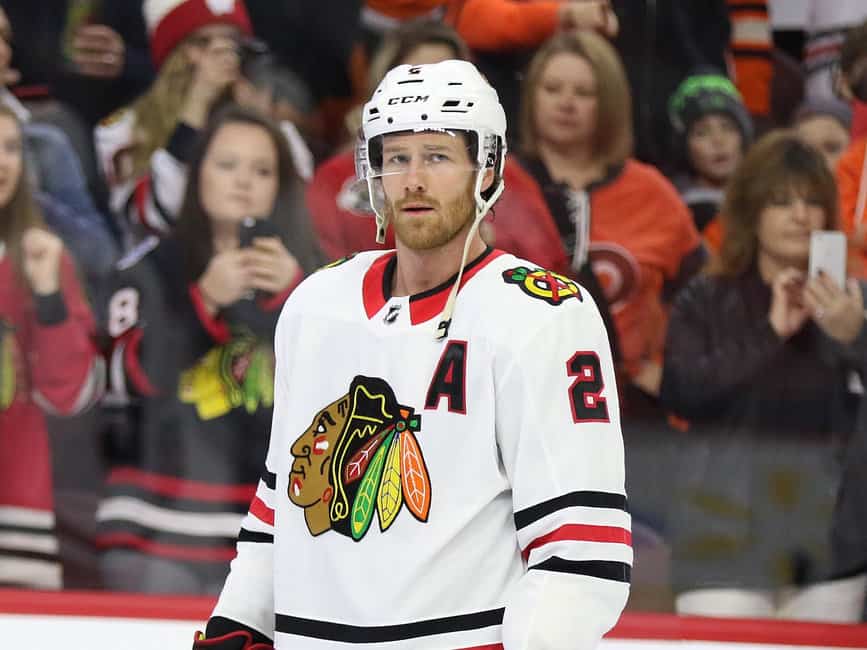 In an Edmonton Oilers news and rumors update, the team has added a player on a PTO, but it’s not a name many Oilers fans and insiders might have expected. Meanwhile, Duncan Keith has joined the Oilers and was on the ice skating. What was the delay? Zach Hyman adds more detail behind his decision to leave the Toronto Maple Leafs and join the Oilers, while Keith Gretzky notes that the Oilers won’t be signing a veteran depth defender to play in Bakersfield this season.

While names like Tyler Ennis, Alex Chiasson, Sami Vatanen, and others could make for PTO options that make sense for the Oilers, they’ve gone another direction and invited Colton Sceviour to camp on a PTO. The 32-year-old forward spent the 2020-21 season playing with the Pittsburgh Penguins. He scored five goals, plus added five assists and two penalty minutes in 46 games.

With no Dylan Holloway for the next three months — he had surgery on his wrist to fix the first surgery that didn’t set right — Sceviour will now compete with Tyler Benson, Brendan Perlini, Cooper Marody, Devin Shore, Kyle Turris for the two potential open winger spots.

Our own Nick Horwat didn’t rank Sceviour very high in terms of his contributions to the Penguins roster last season (he graded him a D+). Age will certainly be a factor and it will be interesting to see if he can be the Devin Shore of last season or if this is just a way to create some internal competition with players not at camp.

He does have a reputation as being a good pro and Ken Holland really likes those types of players.

Oilers general manager Ken Holland provided a bit more detail on the Holloway injury and noted that after breaking his bone in February, then having surgery, the scaphoid bone takes a long time to heal. Over the course of June, July, and August, the photos and X-rays showed that things were healing very slowly. Both sides made a decision to have the second surgery.

He’ll be out three months and Holland noted that Holloway couldn’t take faceoffs without pain, couldn’t shoot the puck like he wanted to, and with so little healing going on, it just didn’t make sense to hold off the surgery further.

Holland said the situation isn’t ideal and they’d like to have the player at camp and healthy with the rest of the players, “it is what it is”. He said they would take a very conservative approach to the healing process because they don’t want another step back to happen.

When he is healthy, he’ll go to Bakersfield and they’ll see where things go from there.

Chris Johnston of The Toronto Star looked at the developments that led to Hyman leaving Toronto and joining the Oilers this offseason. Noting that the salary cap created a situation where he was forced to explore other options, the more he looked at the Oilers, the more excited he was to change his situation.

Ultimately, what took Hyman to Edmonton beyond his nice seven-year contract were the parallels to the situation he left behind: the chance to join forces with elite talent and be part of a program starving for a breakthrough.

Hyman himself said it was time he made a change. He noted that when you’re in a place for too long things can get remain stagnant from a personal perspective. He knew his role in Toronto, but he wanted to further develop his game. He asked himself, “Could I be a better player in another situation?’”

The Oilers are extremely excited to have him and Connor McDavid noted, “You just see how hard he works. He wins battles, gets pucks off the wall… he’s a massive addition for us.” Darnell Nurse noted that just from watching him work out and how he trains, it’s clear why he’s been such a difficult player to play against.

There was some early criticism of the fact newly-acquired defenseman Duncan Keith wasn’t on the ice with the rest of the Oilers roster to open informal skates this past week. It was an easy way to jump all over a trade a number of fans already didn’t like, but the context of why Keith wasn’t there was lost on a lot of fans who took the low-hanging fruit.

As Bruce McCurdy of The Edmonton Journal pointed out, Keith was still in Kelowna spending time with his son as a hockey coach. What’s important to remember is why Keith wanted the trade in the first place and why Edmonton was his destination of choice. He is only doing what he told everyone he’d do which is spend time with his son. Training camp is still a week away and he joined the Oilers on Thursday.

As per David Staples at The Cult of Hockey:

“This in from Asst. GM Keith Gretzky, news that the Edmonton Oilers organization is going to do the right thing by not bringing in another strong veteran d-man to compete for ice time with top defensive prospects in Bakersfield of the American Hockey League.”

source – ‘By not doing something that is wrong, Edmonton Oilers get it right on defence’ – David Staples – Edmonton Journal – 09/14/2021

Essentially, after losing veterans Ryan Stanton and Kevin Gravel, the organization has decided it’s time to let the young guys grow into their roles and while that could create a scenario where there are a couple of bumpy games, it’s also a tremendous learning experience for players like Philip Broberg, Markus Niemelainen, Dmitri Samorukov, Filip Berglund, Michael Kesselring, Phil Kemp, and Vincent Desharnais.

The idea is to get these young players better prepared for the NHL and more quickly than if they were sitting out games, letting veterans take the minutes.

Provincial federations demand answers from Hockey Canada ahead of payment deadline
Canucks Dream Team of Current and Former Active Players
Onyebuchi excited to be back for year two
Flames sign newly acquired star Huberdeau to 8-year, $84 million US extension
Lightning Will Need Different Defensemen to Step up This Season