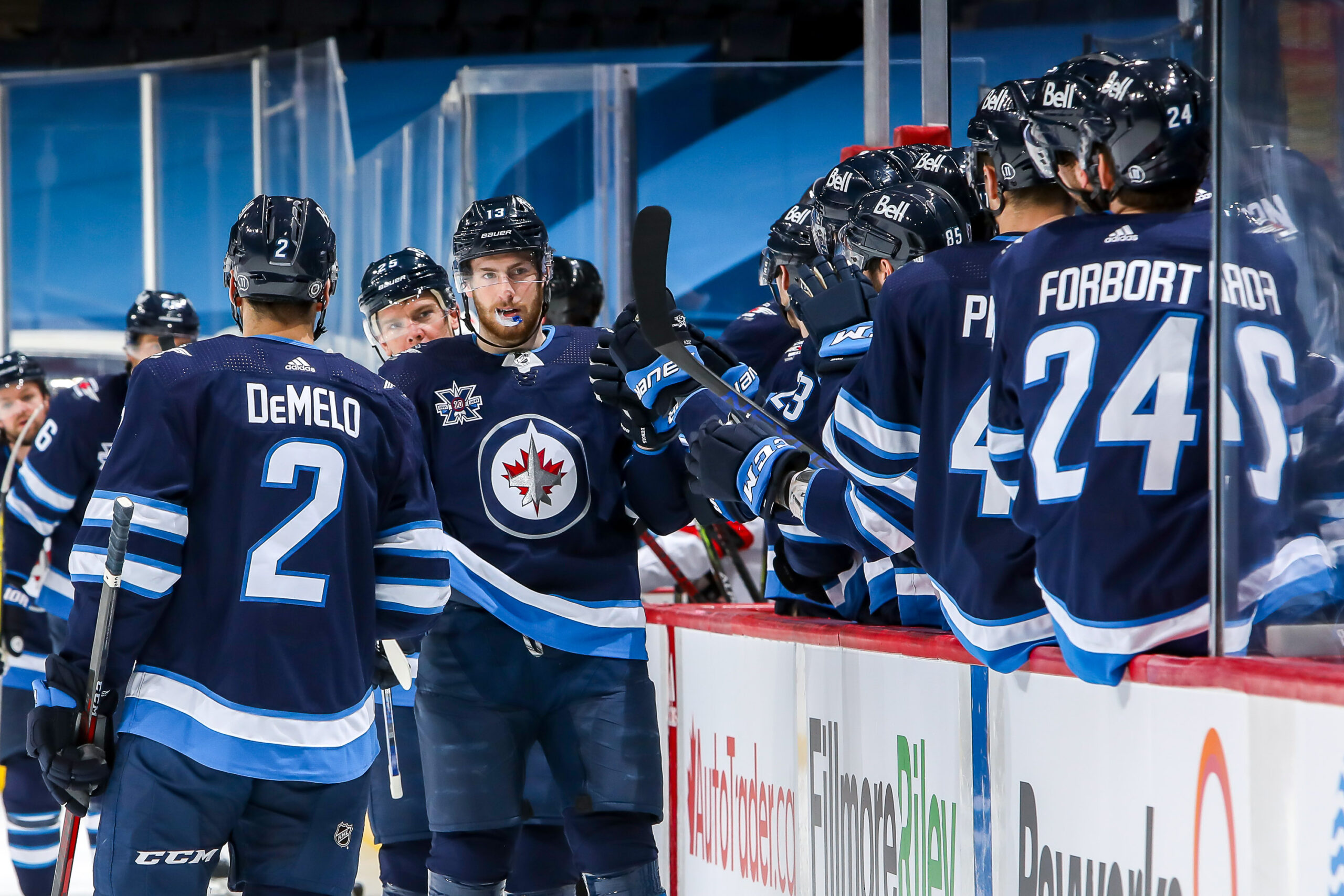 The 2021-22 Winnipeg Jets’ offensive roster is loaded with talent, grit and a myriad of scoring options. One key component to the success of this teams’ offence moving forward correlates directly to the anticipated resurgence of Pierre-Luc Dubois. The 6-foot-2, 205-pound left winger is coming off an admittedly disappointing season where his offensive totals markedly dropped off from his pre-trade numbers in Columbus. In a trade for former Jets winger Patrik Laine, Dubois came to the team highly touted, being the very next pick (third overall) in the 2016 NHL Entry Draft immediately after Laine. In three seasons with the Blue Jackets, he was a top contributor to their offence, being in the top-three scorers in his first two seasons, and the teams’ leading scorer in 2019-20, his final full season with the Blue Jackets.

As most Jets fans can tell you, Dubois came at a high price, and all indications from the front office were that he would amply fill the void. It didn’t exactly roll out that way last season. He was good one night, then go pointless for next three games. He was shifted around in the lineup and was mixed in with various combinations to find a place for him to flourish. Consistency never really set in, and by the end of the year his point scoring totals — the benchmark for everyone except perhaps the coaching staff — were considerably down from all his previous NHL campaigns.

At his season exit interview following the Jets’ playoff loss to the Montreal Canadiens, Dubois was the first to admit he had a disappointing season. But here’s the interesting thing: if you watch that interview, he never once mentioned anything physical in what he was disappointed with. He never said we wasn’t strong enough or fast enough or smart enough. Nothing of the kind — it was all about getting his confidence back, and every reason he gave for playing subpar had nothing to do with physically playing the game. It was all about the outside influences in an emotionally difficult year of business. The thing we forget about players is that are also businessmen selling their skills, and the business world can get ugly at times.

When it came to the trade, he never stated why he wanted out of Columbus. He didn’t have to, and it was none of our business, but he got publicly criticized in Columbus for it. Then he came to Winnipeg, had to quarantine for two weeks prior to meeting his teammates in person and, once in the lineup, he was often shifted around in the offensive scheme as head coach Paul Maurice was trying to finding a good fit for him.

Here’s my point. As human beings we thrive under a stable environment. Stability gives our lives structure and makes us feel in control, and whether you’re a child or adult, instability can be unsettling, unnerving and show up in ways the world outside your own can’t understand. Dubois admittedly had a difficult year, but he wasn’t talking about what was happening on the ice. What was happening on the ice was a result of his difficult year. The team irony here is that the Jets were still successful regardless of his lower-than-expected point values. That’s how well balanced the Jets are up front. Since, in his own words, last year was the worst year of his career, with a chance to refocus, his level of play can only go up. Which in turn makes his teammates better, resulting in, you guessed it… more wins.

The young man (remember he’s only 22) can play! He has put up solid numbers in every level he’s played. He was the Blue Jackets’ number one centre before the fall out with that club. Brandon Dubinsky raved about Dubois‘ physical prowess and abilities, comparing him to the likes of Jamie Benn and Ryan Getzlaf. (From “Pierre-Luc Dubois’ skills, size bring to mind quality veterans,” The Columbus Dispatch, 11/5/18)

Looking Ahead to This Season

The Jets got a good player out of a bad situation in Ohio, and categorically did receive real value for Laine who was never going to re-sign with Winnipeg anyway. Now that he has had a summer to gather himself and knows exactly what lies ahead of him in a stable environment with the Jets, and having putting Columbus in his rearview mirror, look for Dubois to have a real bounce-back season to the 2019 level he previously displayed. He has the skills, the strength and the teammates to make all of that happen. Once he and his teammates mesh together through a full training camp and preseason, you will see not only an improved Dubois, but a much more potent Winnipeg offence in general.

The Jets will win more games and surprise some of the so-called experts this season, and in large part it will be due to the fruit they will bear from the big trade with Columbus last January. Look for Dubois to have a serious resurgence on the ice and get back to the 60-plus-point level in his first full season with the Jets.

Keith Forsyth is a retired high school teacher and coach from rural Manitoba, and is covering the Winnipeg Jets for The Hockey Writers.  He spent 31 years in the education system, working with kids in the classroom and on the playing field where he established a number of lasting relationships.  He spent his youth playing baseball and hockey with the latter being his favourite.  He played junior and university hockey in the mid-eighties and then took to coaching, where he spent the past 26 years coaching basketball and baseball at the high school level.  He has two successful daughters who have spread their wings in other parts of Canada, and has been married to his high school sweetheart since 1990.