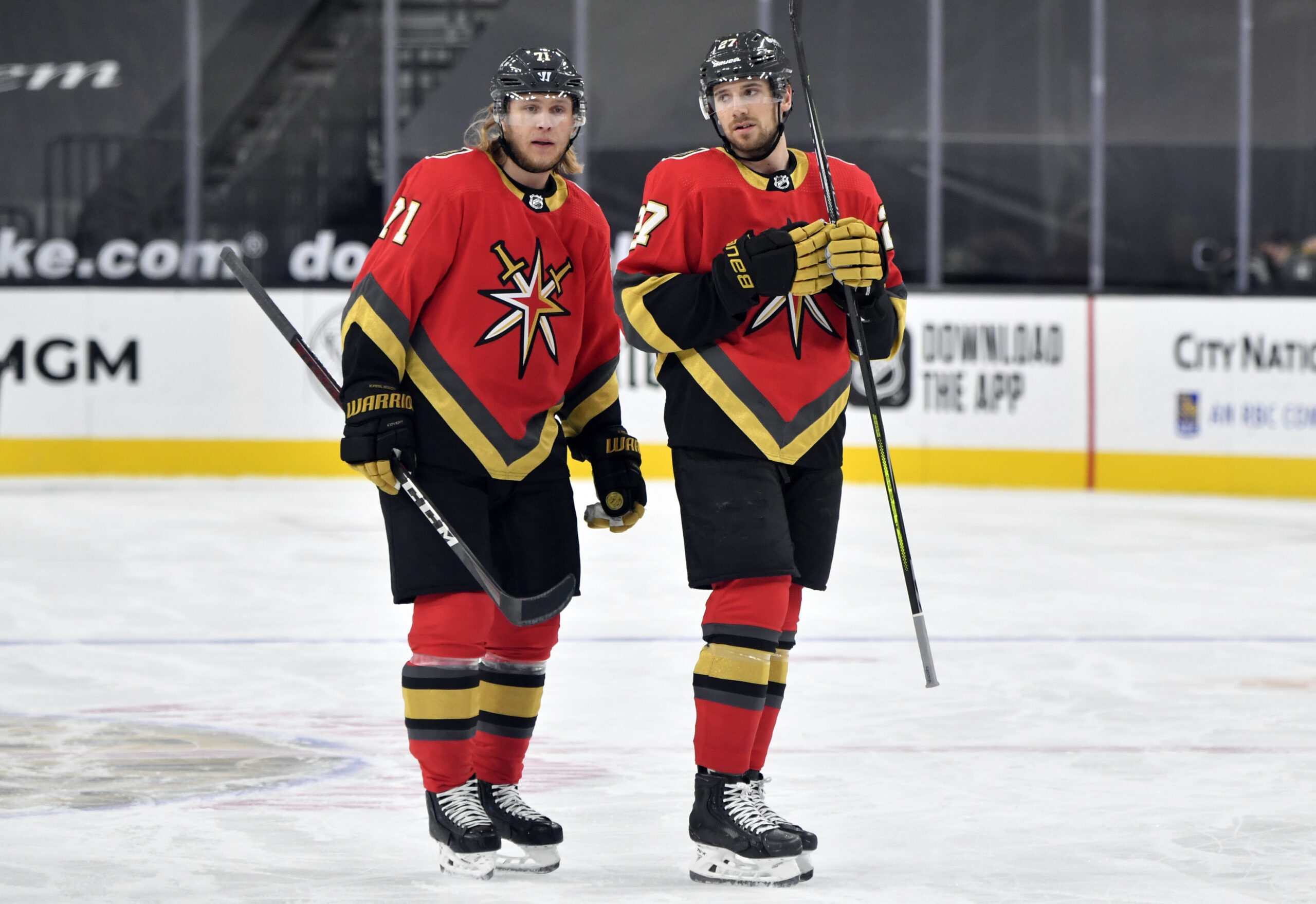 The upcoming NHL season is quickly approaching us, as rookie camps open this week and the real training camps following suit in another. This season will feature some new faces, as well as some old favorites, such as the Seattle Kraken, and a return to the 82 game schedule.

What is also becoming new and prevalent in the sporting world is the growth of sports betting. You can even catch the odds, and over/under for games on SportsCentre now, that is how far we have come when it comes to sports betting. With that in mind, I figured it would be interesting to see what some of the over/under projections for our Vegas Golden Knights were for this upcoming season. Having not found an article to answer my question, I decided to write my own. So, without further ado, here are the over/under projections for the Golden Knights this upcoming season.

The Golden Knights are entering their fifth year as an NHL franchise this upcoming season. In their four prior years of NHL play, the Golden Knights have only won 50+ games once (their inaugural season). Coming in with a new fresh lineup from last year and housing some players looking to get their NHL careers back on track, this team has a feeling of being the misfits once again.

The additions of Nolan Patrick and Evgenii Dadonov are just some of the moves that lend to this renewed “misfits” feeling, as well as the trading away of Marc-André Fleury. Similar to their first season, Vegas has a lot to prove, and when they play like they have something to prove, well, we know the rest. They say history repeats itself, so all we have to do is look at what they accomplished in their first season. 50+ wins, the emergence of new breakout stars (William Karlsson), and a Stanley Cup Final visit.

Hopefully, the Golden Knights are able to channel some of that first-year magic this season and capture 50 wins once again. In my mind, they are more than capable of doing, as their star players Mark Stone, Alex Pietrangelo, and Robin Lehner, are all coming into this season with something to prove. Last season these stars enjoyed lackluster performances, so look for them to ignite a fire and get this team another conference championship.

This may be a hot take for some, seeing as Stone has never even eclipsed the 30-goal plateau, but seeing as he’s looking to make a statement this upcoming season, I figured now is a good a time as ever to get the ball rolling and put up 40. A lot was said about Stone’s underperformance in the playoffs, so I do expect him, as the captain of the team, to expect better out of himself and lead this team through action.

Like I said earlier, when Vegas first entered the league, they were known as the spot where lost careers were revived. No career has seemed more lost than Patrick’s over the past few years. Dealing with a slew of injuries and underachieving mightily, the former number two overall pick is getting a new chance with the Golden Knights.

Patrick has all the tools he needs to thrive, as he has crafty linemates Dadonov and Mattias Janmark to help him, as well as mentors in Stone, Karlsson, and Jonathan Marchessault to help him out as well. Due to these facts, I do believe the young NHL’er finds his footing and develops into a solid depth piece for this team.

Dadonov may have had a down year last season with the Ottawa Senators, but it was to be expected as the team wasn’t very strong and wasn’t conducive to his overall success. This season he has a chance to renew himself once again, but I’m not sure how well that will go.

Don’t get me wrong, I believe Dadonov is an excellent NHL player, but how well does he fit into the Golden Knights playing system. The Golden Knights rely on speed to create their chances, and he is not the fastest player. I do hope he can lend a 20+ goal season to this club, but I don’t see it happening. Watch for him to be dealt at the trade deadline.

Naturally, if a team is going to win 50+ games in a season you would expect their starting goalie to procure most of those wins. After three years of dual-goaltending with Fleury, Lehner is finally the clear number one in Vegas. This is an especially hot-take seeing as Lehner has never even eclipsed 25 wins in his career.

Like I said earlier, athletes tend to play better when they have something to prove. I feel no different about Lehner. After some up-and-down seasons in Vegas, look for him to have his best season yet.

This is the breakout year for Shea Theodore, as he builds on the momentum of his extraordinary play last season. I’ve said it many times before and I will say it again; he is the best defenseman on this team. His balance between offensive and defensive awareness, coupled with his overall skill and vision is what makes him so deadly. Look for him to have a career season as he tries to lead the Golden Knights to another division-winning season.

Golden Knights are Up

The Golden Knights house one of the most potent lineups in the NHL, and it would be a shame if they underachieved this season. They have such a good team that every year it seems they are favorites to win the cup. Alas, last year they fell short by one round, but this year the tide seems to be turning, and a Stanley Cup may be just what the doctor ordered for this Vegas team. Hopefully, the first season is the charm.

What do you think of these bets? Do you mightily agree or heavily disagree? Let me know in the comments below!

Michael Vidakis is a Montreal native who writes for the Vegas Golden Knights team here at The Hockey Writers. In his spare time, he enjoys the finer things in life such as Jean-Claude Van Damme movies, staring aimlessly outside windows and tangerines.