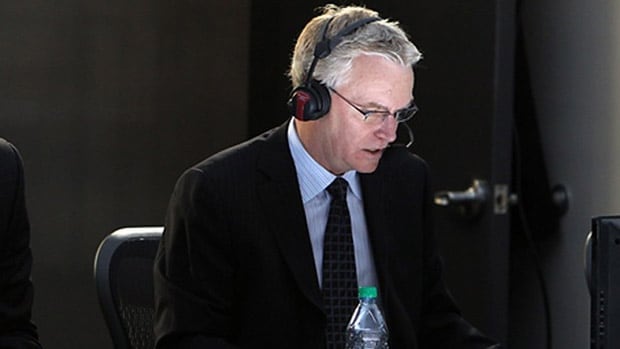 Hughson, who called his first game on radio in 1979, spent time broadcasting Vancouver Canucks and Toronto Maple Leafs games on television before joining TSN in 1987.

Hughson was the network’s lead play-by-play announcer from 1987 until 1994. While primarily known for his hockey commentary, Hughson was also part of the team that covered the Toronto Blue Jays’ World Series championships in 1992 and 1993.

The Fort St. John, B.C., native joined Sportsnet in 1998, first as a national play-by-play announcer before switching to working regional broadcasts for the Vancouver Canucks, remaining in that role until 2008.

Joined Hockey Night in Canada in 2005

He joined CBC’s Hockey Night in Canada in 2005, eventually replacing Bob Cole as the lead play-by-play announcer starting with the 2008-09 season. He was CBC’s secondary play-by-play men’s hockey announcer for the 2006 Turin Games, and was part of the lead hockey broadcast team for the 2014 Sochi Games.

The Hockey Hall of Fame awarded Hughson the Foster Hewitt Memorial Award in 2019 to honour his outstanding contributions as a hockey broadcaster. He is also a four-time Canadian Screen Awards winner for best sports play-by-play announcer.

“It’s been a fantastic run and I’d like to thank Sportsnet, Hockey Night in Canada and all my friends and colleagues over the years for the tremendous support and countless memories,” Hughson said in a release. “This is a decision I made in consultation with my family and I’m very much at peace with it.

“My only goal in this industry was to work at the highest level and on the last day of the season. I’ve had that opportunity a number of times and will always be grateful for it.”