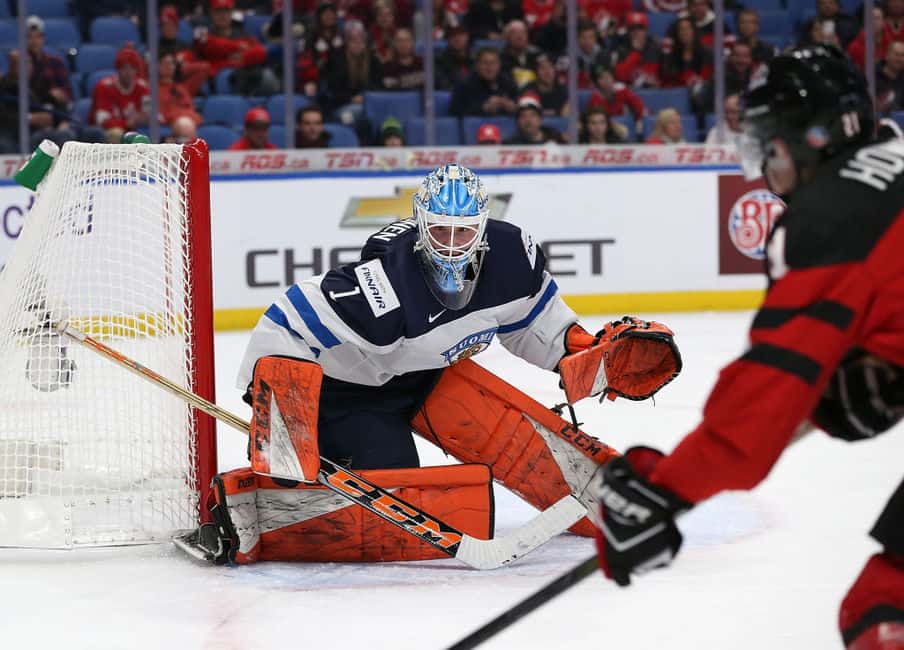 The Buffalo Sabres are entering a fringe year in net. Veterans Aaron Dell and Craig Anderson appear to be the top-two goalies on the depth chart, which has properly created a “let’s see what we can do next year” mindset from team supporters. With Ukko-Pekka Luukkonen impressing at the prospects challenge, that all too familiar mindset could be challenged this season.

Sabres’ Luukkonen Could be the Starter by Season’s End

No disrespect to Dell or Anderson. The former is receiving a fresh start after a horrid 2020-21 campaign in New Jersey, and the latter has been in the league for two decades. You don’t have to read between the pipes on that one; Anderson, 40, is getting old. In fact, he’s been aging for a while, and another year isn’t going to cure that.

Dell, 32, does deserve some justification, however. He only played in seven games, and the Devils ranked 28th in the league in goals against per game, which signifies that the goalie wasn’t the only defensive issue. Dell did show promise during four seasons in San Jose. Unfortunately for him, however, Buffalo ranked 29th in goals against per game in 2020-21.

Considering both netminders were given one-year, $750,000 contracts, it can be assumed management is ready to use this season as a transition in goal. With a record projection of poor to sub-par, Buffalo may recall Luukkonen early to give him more experience to see what he can do next year.

Last season, Luukkonen, 22, played in four games for the Sabres, posting a 1-3-0 record with a 3.88 goals-against-average and a .906 save percentage. To famously quote a late-19th century proverb, “there are three kinds of lies: lies, damned lies, and statistics.” Luukkonen’s skill is veiled by somewhat average numbers that other variables attributed to, and he proved such during the prospects challenge. 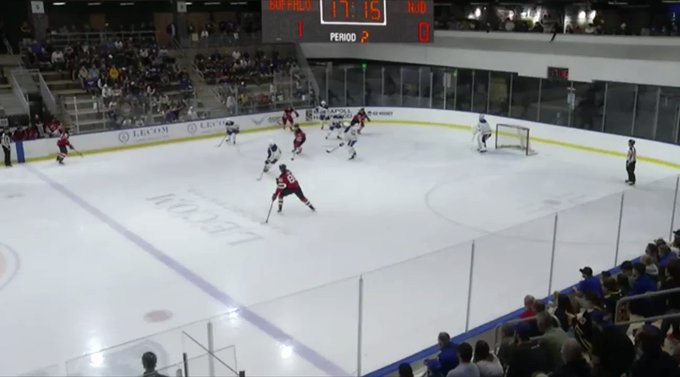 Luukkonen recorded 22 saves in a 3-0 shutout against the Devils on Sep. 17. He was laterally quick and smoothly glided his large 6-foot-4-inch, 220-pound frame around the crease. His confidence is what impressed the coaches the most, stopping the puck on New Jersey’s odd-man breaks and smothering open shots in the slot.

Rochester Americans (American Hockey League) coach Seth Appert told the Buffalo News, “his presence was huge and I thought he got us through some moments that we were a little less than stellar with our puck decisions” (from “Sabres Observations: Ukko-Pekka Luukkonen, Brett Murray spark shutout at Devils,” The Buffalo News, 9/17/21).

Why Luukkonen Should See Time Early

Why not? Dell and Anderson aren’t long-term solutions, and they may not even be short-term ones. Dell will likely start the season, but Anderson doesn’t have to solely be support in net; he can be a mentor for Luukkonen. 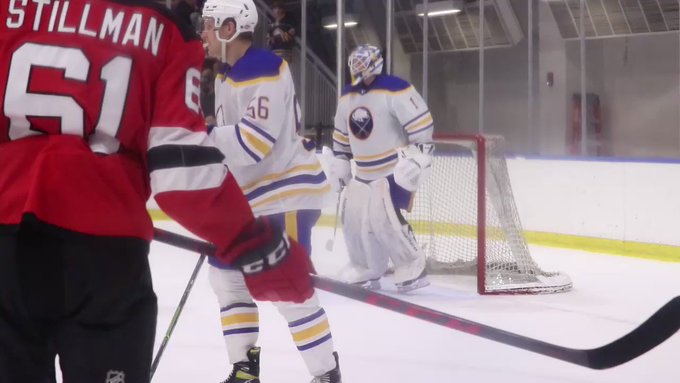 Also, the Sabres aren’t going to win the division or even make the playoffs—unless a reverse jinx was just executed. You never know. The rebuild has taken long enough, and if next year is supposed to be the start of Luukkonen’s reign in Buffalo, giving him more experience will better prepare him to become a leader—especially when other positions will need to develop. His skill set will be able to mask some of the flaws on the ice in front of him, which will assist in the progression of other young Sabres and provide confidence across the board.

A franchise signs fringe goaltenders for one reason usually: to withstand what is likely to be a tough season. Though Luukkonen has shown glimpses of NHL readiness, he may not be completely prepared for a heavy workload. The young goalie could then regress if he loses confidence or is placed in a situation where an overabundance of an opponent’s quality chances could put him at risk of injury.

Luukkonen did suffer an ankle sprain against Boston on May 1, ending his 2020-21 season. Also, in 2019, he underwent hip surgery. It is wise to be very conservative with a key franchise piece of the future.

How the Sabres Should Approach Luukkonen

After his display in the prospects challenge, Buffalo could recall Luukkonen from their AHL affiliate in Rochester earlier than expected. He will start for the Americans, but a couple of appearances before the turn of the year against teams like New Jersey, Seattle, or Anaheim may be beneficial for the transition. Depending on his performance in the AHL and early NHL opportunities provided, Luukkonen may be the starter toward the end of the season—and for the foreseeable future.

Carl Knauf is an author and master journalist (so the degree says). He specializes in sports–primarily hockey–music, and the publishing industry. His sports writing has been featured on The Hockey Writers, Last Word On Sports, and local newspapers in his home state of New Mexico. Carl covers the Washington Capitals and Buffalo Sabres with accurate reporting and detailed analysis to help readers answer basic and burning questions such as, “Why did the Capitals not win the Stanley Cup (again)?” and, “When will this damn Sabres rebuild finally end?”

Carl greatly enjoys interacting with his audience (except trolls who he refuses to embarrass with a response). Please use the comment section at the bottom of every THW article, and also feel free to chat with and follow him on Twitter and Facebook. For interview and feature requests, please visit his Muck Rack profile.