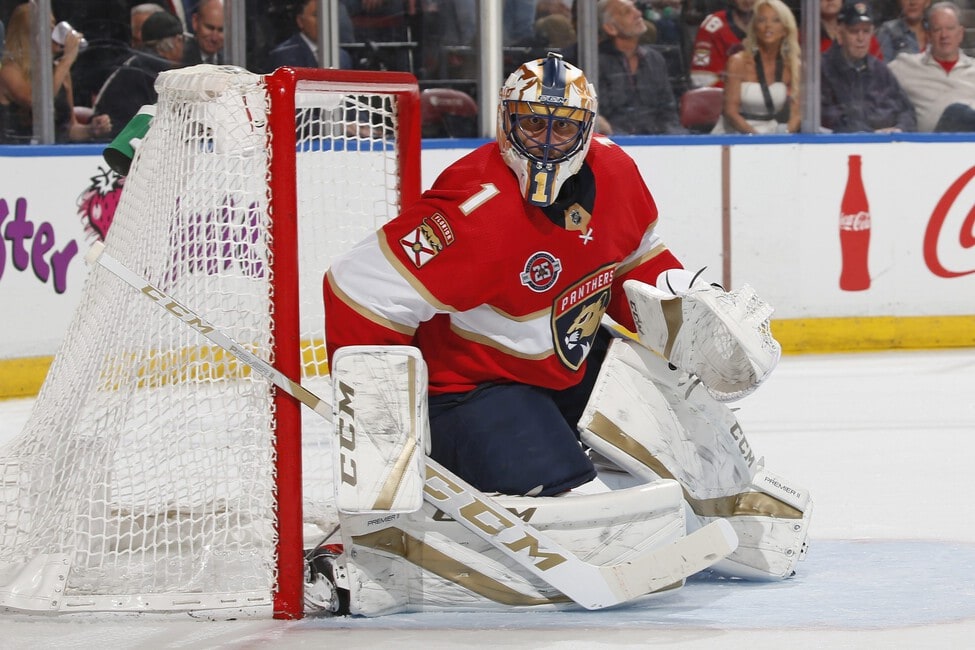 Roberto Luongo is one of the most accomplished goaltenders in league history and ranks among the best at the position in numerous categories. But not only was he an elite netminder throughout his career, but he was also one of the league’s most interesting players throughout his career. Here are seven things that make him unique.

Although Luongo played for three franchises in his 19-season career, he is best known for his time with the Florida Panthers, with whom he has played 11 seasons. But what makes his career interesting is that he has had two separate stints with the franchise and was acquired by them via trade both times. The first trade occurred following his rookie season when the Panthers acquired him on June 24, 2000 from the New York Islanders, the team that originally drafted him. Also included in the trade was fellow Panther legend Olli Jokinen.

Luongo became a Panther for the second time in his career on March 4, 2014, this time from the Vancouver Canucks. The trade occurred just short of eight years after Vancouver acquired him from Florida in 2006. Going back to the Canucks in the 2014 deal were Jacob Markstrom and Shawn Matthias.

Born in Montreal, Roberto is the oldest of three brothers, all goaltenders, although Roberto is the only one to have made the NHL. After their playing careers ended, younger brothers Fabio and Leo turned to coaching and Leo is currently the goaltending coach for the Springfield Thunderbirds, the Panthers’ AHL affiliate. Prior to that, he coached in the Swiss National League for HC Lugano.

Related: The Legend Known as @Strombone1

Although from an Italian family, the Luongos grew up in the Montreal neighborhood of St. Leonard, just blocks away from where Martin Brodeur grew up. However, as Brodeur is only seven years older than Roberto, his favorite player was Grant Fuhr growing up. In their hometowns, both Brodeur and Roberto Luongo have arenas named after them.

Luongo has represented Team Canada eight times since turning pro, beginning with the 2001 World Championships. In total, he has played in four World Championships, three Winter Olympics, and one World Cup of Hockey. He was at his best during the 2010 Vancouver Olympics when he appeared in five games and accumulated a 1.76 goals against average and a .927 save percentage (SV%) as he backstopped Team Canada to a gold medal in the same city he played in professionally.

His last appearance on the international stage was at the 2014 Sochi Olympics when he was a backup to Carey Price and appeared in one game, posting a shutout.

When the Islanders took Luongo with the fourth pick in the 1997 Entry Draft, he was the second-highest drafted goaltender in league history to that point after the Montreal Canadiens took Michael Plasse first overall in 1968 when the draft was a much different process then that it was in Luongo’s year. Since Luongo’s draft year, three goaltenders have been taken earlier, including Rick DiPietro, whom the Islanders selected first overall in 2000, and Marc-Andre Fleury, drafted first overall in 2003. Additionally, Kari Lehtonen was taken second by the Atlanta Thrashers in 2002.

5. Franchise Leaders for Vancouver and Florida

Considering Luongo has played for some really bad teams, especially his lone season with the Islanders and his first stint in Florida, he didn’t make his first postseason appearance until he became a Canuck. In total, he has reached the postseason seven times in his career, six with Vancouver and once with the Panthers since his return. Yet that hasn’t diminished his ability to make significant impacts on both franchises as he is the best netminder in both teams’ histories.

6. Climbing Up the All-Time Ranks

7. First Goaltending Captain in Over 50 Years

When Luongo was named captain of the Canucks on Sep. 30, 2008, he became the first goaltender to wear the “C” since Montreal Canadien Bill Durnan in 1948 after Toe Blake broke his ankle on Jan. 11 and Durnan took over for the remainder of the season. The goalie left his crease so often for conversations with referees and linesmen that opposing teams accused him of giving the Habs illegal timeouts. As a result, the league adopted “The Durnan Rule” prohibiting goaltenders from wearing a “C” on their jersey or performing on-ice duties that go along with the captaincy. Hence, Luongo had a “C” painted on his mask, but did not wear one on his jersey.

The Canucks had regular season success in the two seasons with Luongo as captain, but bowed out in the playoffs to the Chicago Blackhawks in dramatic fashion both years. He stepped down as captain before the 2010-11 season to concentrate on subtle changes to his playing style, which had positive impacts on the team. These included the Canucks winning two Presidents’ Trophies during the 2010-11 and 2011-12 seasons and the 2011 Jennings Trophy, presented to the team that allowed the fewest goals against.

My name is Kyle, and I’m the content manager of The Hockey Writers. I joined THW in Oct. 2017 and am always striving to bring you the best hockey coverage possible. You can email me directly at kyle@thehockeywriters.com.