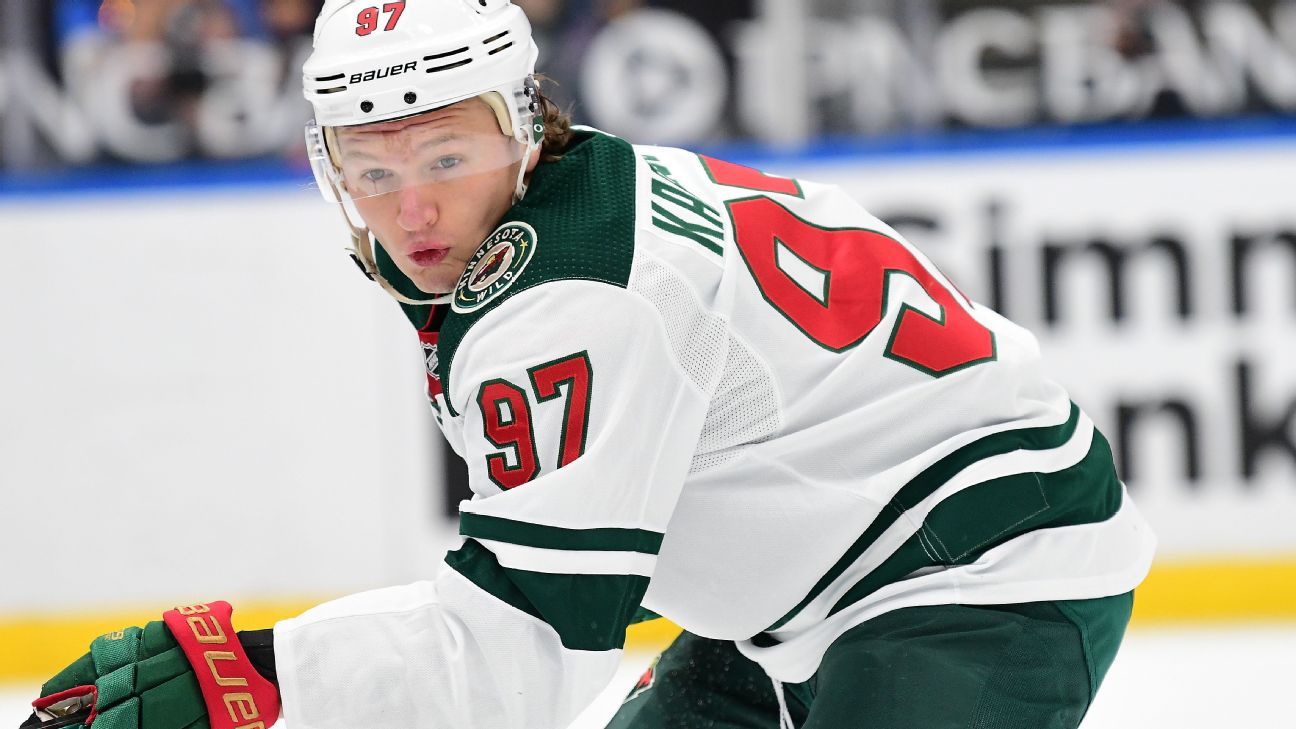 Kaprizov, 24, had 27 goals and 51 points in 55 games as a rookie last season with the Wild, coming one first-place vote shy from being a unanimous winner of the Calder Trophy as rookie of the year. He’s one of only four rookies since the 1992-93 season to lead a playoff-qualifying team in scoring.

Talks between the Wild and Kaprizov were at times tense. Sources told ESPN there was “a deafening silence” between the sides in the summer. While Kaprizov couldn’t sign an offer sheet as a restricted free agent, there was chatter that he could use the possibility of playing in Russia’s Kontinental Hockey League — where he played for six season before jumping to the NHL in 2020-21 — as leverage.

General manager Bill Guerin said last week that he wasn’t concerned about the talks continuing as the start of training camp loomed.

“You have to stay patient. It’s not just us that’s involved in this. It’s a player and his feelings and what he feels, so we all process it kind of differently,” he said. :These things are complicated and can take time.” After signing the deal, Kaprizov posted a simple message on Instagram with a photo of the Wild celebrating a goal: “Let’s go.”

Minnesota is prepared to make a strong push in the Western Conference this season, and Kaprizov is a major part of the plans. Over the summer, Guerin bought out the contracts of longtime Wild players Zach Parise and Ryan Suter to create salary-cap space for the team’s youth movement.