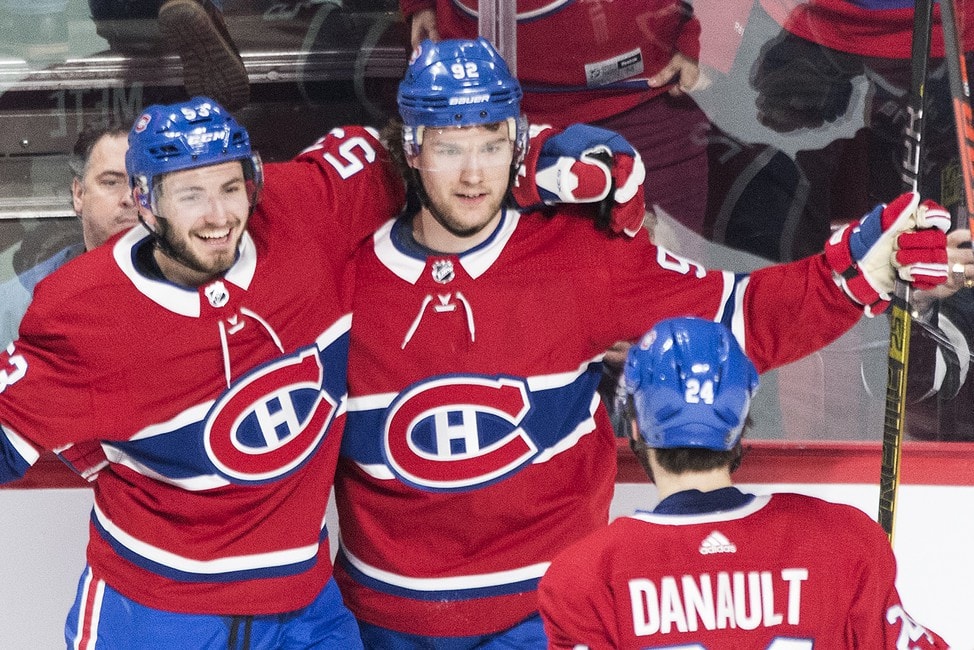 In today’s NHL rumors rundown, the Arizona Coyotes have signed Alex Galchenyuk to a professional tryout, while the Detroit Red Wings do the same with Bobby Ryan. Meanwhile, there are updates coming out of Buffalo in respect to the status of Jack Eichel, Jonathan Drouin talks about his decision to leave the Montreal Canadiens last season and the Philadelphia Flyers have been hit with major injury news.

Sabres and Eichel Heading to Hold Out Situation?

As reported by Darren Dreger of TSN, there was no consensus among the doctors Eichel saw on the west coast specific to disc replacement. The Sabres remain strong on their position for fusion surgery and that could lead to a long time away from the team and the NHL.

There is a real feeling that Eichel will be a hold-out to start this season and it’s not at all clear where this is going to go or how a resolution will be found.

According to Pierre LeBrun of The Athletic, the Coyotes have signed Alex Galchenyuk to a PTO. Social media has been flooded with reactions since the announcement with people wondering why he didn’t get a contract with a team this offseason or was able to choose from a number of PTO invitations.

In the short time Galchenyuk was in Toronto, he was solid (12 points in 26 games). Still, there’s something about his inconsistencies or perhaps issues that are keeping teams away as he’s been one of the most traveled NHL players in the last few seasons. Going back to Arizona might be about playing time, opportunity and getting back to a team where he had the most consistent success.  He was part of that franchise in 2018-19 and posted 19 goals and 41 points that year. If he can reproduce that kind of season, perhaps he’ll be able to prolong his NHL career.

Drouin Talks About Why He Left NHL

During an exclusive interview with RDS and TVA Sports 26-year-old forward, Jonathan Drouin opened up about anxiety and insomnia that has been a part of his life for years and finally forced him to step away from the NHL this past season. He noted he’s prepared to return and wants to enjoy the game.

Drouin explained that he hit a wall this past season where he was getting physically ill due to anxiety and insomnia. He added:

“I played with it for several years without really knowing what it was. Even in my first years, when I was dealing with my anxiety problems, it was difficult for me to speak to someone about it and to get help. I wasn’t even sure what the problem was or didn’t recognize it. But last year, it clicked, and I went to get help and some people to support me.”

Drouin said the pandemic did a number on him and his anxiety. He had no energy to play hockey, no physical strength and wasn’t well mentally. He knew in July he wanted to return and said he’s received nothing but support from the Canadiens organization.

Flyers Announce a Number of Injuries

Hayes is not expected back prior to November 2, meaning he will miss at least the first ten games of the regular season.

Aaron Portzline of The Athletic is noting that a source close to Zac Rinaldo tells The Athletic that the Columbus Blue Jackets made it clear to Rinaldo he wasn’t welcome at training camp. Everyone is awaiting an explanation from the club. It’s not clear if this is at all related to Ronaldo’s appearance in Canada at a PPC rally where he was making comments about vaccinations. He said: “I’m not anti-vax, I’m not anti-mask. I’m pro-choice.”

The Red Wings will give Bobby Ryan another look this season as the veteran forward has signed PTO. Part of the reason the Red Wings might not have signed him this offseason was that Ryan was limited to 33 games because of an injury. He played well in those 33 games (7 goals and 14 points), but there could be some concern about his reliability moving forward.

For Ryan, if he plays well in a tryout situation, he could catch the eye of another franchise and while he said he likes it in Detroit, that could be his ultimate goal.

The next one: Canada’s Bedard is another can’t-miss Connor
Canada scores early, often to down Sweden, claim gold in Hlinka Gretkzy Cup
NHL Rumors: Islanders, Senators, Canadiens, Blackhawks
Bruins captain Patrice Bergeron returning for 19th season
Mason McTavish is hoping to lead the Canadian juniors to gold, despite the nine that got away