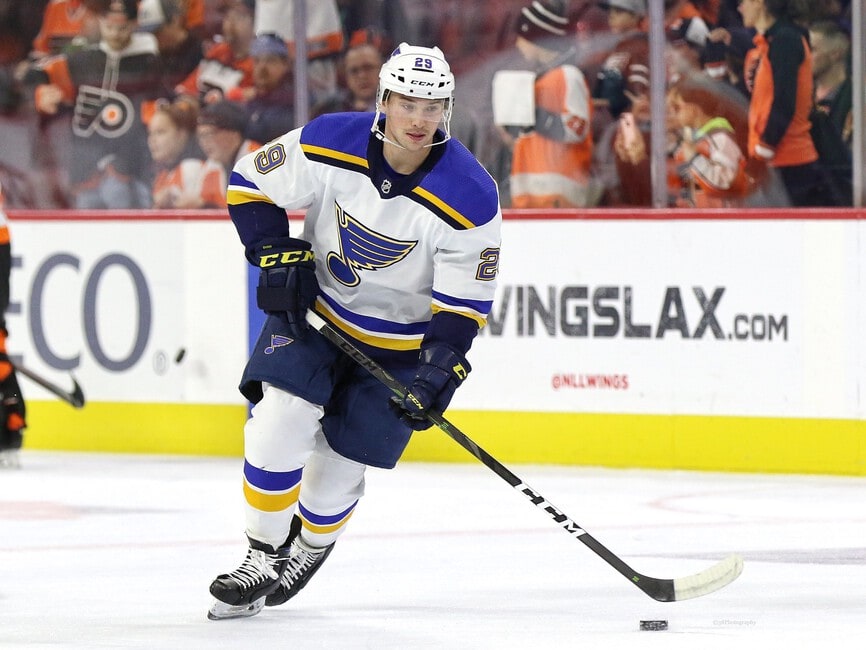 Though the Seattle Kraken are the NHL’s newest team, with their first training camp having just begun, they are not entirely exempt from an affliction with which all professional sports franchises are familiar: contract trouble. Seattle is in a favorable position, with no dead money on the books and just over $8 million in cap space, but that doesn’t mean that their cap sheet is completely flawless.

In his first offseason, general manager Ron Francis had a bit of a mixed bag in terms of cap management. Though he made some shrewd moves that saved the Kraken money, he was not shy on the free agent market and doled out some major cash to aging players. Here’s a look at some of the best contracts he managed to acquire, as well as some of the worst.

(A quick disclaimer: none of these contracts is excessively good or bad. Seattle does not have any incredible or awful contracts, an attribute of almost all expansion teams. The following are simply the ones that stood out most from a fairly average cap sheet.)

As an expansion team, Seattle lacks any sort of young franchise cornerstone. As a result, any player locked up long-term is on the older side and therefore does not have that great a contract. The best contracts on the Kraken are short-term, but with very cheap cap hits that will benefit the team’s flexibility.

Defenseman Vince Dunn has been a polarizing player for years. Many St. Louis Blues fans will tell you that he is poor defensively and prone to costly turnovers, but his underlying numbers have always been fantastic. There appears to be a discrepancy between the eye test and the analytics when it comes to him.

What makes Dunn so difficult to evaluate is his usage. He has been sheltered throughout his entire career, rarely afforded more than third-pair duty with the Blues. Though he has performed exceptionally well in that role—with the exception of last season, which was a down year—it is impossible to know how he will fare with greater opportunity. He may blossom, as MacKenzie Weegar did in a similar situation, or he may prove unable to handle the greater responsibility. The only way to find out is by giving him the chance.

Ultimately, whether or not Dunn’s contract is truly a steal depends on how he does this season once thrust into a higher role in the lineup. However, based on his body of work up to this point, it is fair to say that a $4 million price tag is more than fair and at the very least a good contract.

Forward Jared McCann, Seattle’s expansion pick from the Toronto Maple Leafs, is something of a question mark heading into this season. He is coming off a season during which he managed 32 points in 43 games with the Pittsburgh Penguins, a very solid number. However, he remains a bit of an unknown in terms of what his role is at the NHL level.

McCann has been shuttled up and down the lineup throughout his career with each of the three teams for which he has played. He is capable of playing both wing and center, but has never fully established himself at either position. This season will be a make-or-break year in terms of whether he is truly capable of being a top-line player, or if he will settle in as a complementary middle-sixer.

Regardless of which one ends up being the case, $2.94 million is an absolute steal for what McCann brings. The only factor keeping this contract from being truly great is the term on it. Seattle will be in a difficult position next offseason, as he will no doubt expect a significant raise. For now, his contract is excellent value.

After a stellar season in which Chris Driedger effectively stole Sergei Bobrovsky’s starter’s net, the Kraken selected him from the Florida Panthers in the expansion draft. He appeared ready to make the leap into becoming a full-time starting netminder, but the free agent signing of Philipp Grubauer has derailed those plans.

Had Driedger been afforded the opportunity to play as the Kraken’s starter and performed as well as he did last season, his contract would have had incredible value. As it stands, he will no longer have the chance to outperform his deal to the same extent.

However, $3.5 million is still very solid value for a 1B and/or backup of Driedger’s pedigree. His contract remains a very strong signing by Francis.

Each of the worst contracts on the Kraken belongs to a player signed as an unrestricted free agent (UFA), two of whom made it all the way to market. Although these three players are all great adds by Francis that will likely be big contributors for Seattle, their contracts are slightly rich either on money or term, an unfortunate symptom of UFA signings.

After an excellent junior season with the Columbus Blue Jackets in which centerman Alex Wennberg scored 59 points, he appeared poised to become a bona fide top center. However, his development stagnated over the next three seasons, and his contract was bought out. He signed a one-year deal with the Panthers, hoping to resurrect his career.

A year later, Wennberg appears to have done just that. He managed 29 points in 56 games, his highest points-per-game average since his breakout season. As a result, the Kraken signed him to a three-year contract worth $13.5 million.

Though Wennberg did have a solid season, it did not warrant such a rich contract. $4.5 million is no small sum of money, and his play is not up to that standard, especially if he fails to repeat last season’s performance. The one saving grace of the deal is that it is only three years long. The commitment is not too bad, but Francis clearly fell prey to the temptation of overpaying UFAs.

After spending the first 10 seasons of his career with the Blues, left wing Jaden Schwartz left in free agency and signed a five-year deal with the Kraken. Though the cap hit of $5.5 million is fair value for now, it may not look as good at the latter end of the deal.

Schwartz has been one of the most effective defensive forwards in the league for years. He is also no slouch offensively, and can be counted on for around 20 goals and 50 points a year. There is no question that he will be a major contributor for Seattle. However, at 29, a decline is likely imminent.

Schwartz also has a concerning injury history, having never played a full 82-game season. Ultimately, although he is a great add, his contract holds a lot of risk.

Though defenseman Jamie Oleksiak began his NHL career with the Dallas Stars eight years ago, he took longer than most to establish a full-time role. He spent several seasons moving between the Stars and the American Hockey League, and was often scratched with the NHL club. It wasn’t until a midseason trade to the Pittsburgh Penguins during the 2017-18 season that Oleksiak earned proper playing time.

After about a year in Pittsburgh, Oleksiak was traded back to the Stars for the same pick that the Penguins had traded for him. He has been a full-time and effective member of the Dallas blue line ever since.

As a pending UFA, the Kraken selected Oleksiak in the expansion draft and promptly signed him to a five-year deal with a $4.6 million average annual value. The contract is fair value at the moment for a very good top-four defender. Unfortunately, he is 28 years old, and his physical brand of hockey could mean that a decline comes sooner than expected. Similarly to Schwartz, Oleksiak’s contract is simply a high-risk deal for a very useful player.

Fortunately for Seattle, there is very little to worry about cap-wise. Even with these three less-than-ideal contracts, the Kraken’s cap situation is in great shape. Regardless of the value that the players mentioned will provide over the life of their deals, it is certain that all six of them will be major contributors in Seattle’s inaugural season.

Jake is a reliable source for the Seattle Kraken here at The Hockey Writers. Hailing from New York City, he is an avid fan of all things hockey and is always involved with the sport, whether that means writing, watching, or playing. An enthusiastic advocate for sports analytics, Jake will often weave them into his posts to support his ideas. More of his work can be found on his Substack page, and he is a contributor with @hky_tapetalk on Instagram. For any questions or inquiries, Jake can be contacted on his Twitter, @jakezrihen.