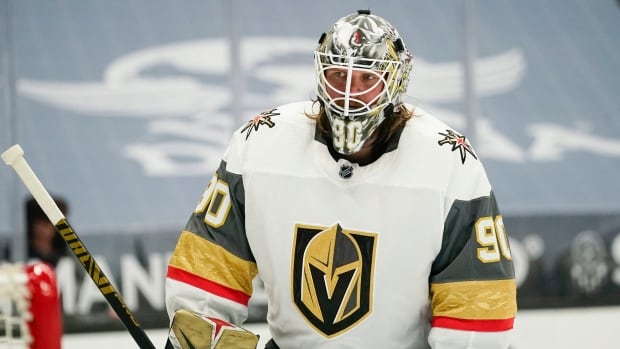 The Vegas Golden Knights’ Robin Lehner has drawn the attention of the NHL after social media posts made by the Swedish goalie accused teams of medical malpractice.

Lehner claimed on Twitter on Saturday that teams had offered prescription medication to players without prescriptions.

The goalie made the allegations on social media in response to a widening rift between former teammate Jack Eichel and the Buffalo Sabres over surgery for a neck injury.

In a series of posts, the 30-year-old claimed that “many other teams” offered benzodiazepines and Ambien — medications typically used to treat insomnia — to players without prescriptions.

Lehner said that the Golden Knights are not among the teams he’s played for that engage in those practices but later called out the Philadelphia Flyers and declared head coach Alain Vigneault should be fired for “treating people [like] robots not human.”

Is it common for work places to give out benzodiazepines to employees when they travel and ambien ? Should that not be done by doctors or psychiatrist? Asking for a friend 👀 this doesn’t happen in Vegas to be clear. But I know many other teams. I also been in on teams that do?

NHL deputy commissioner Bill Daly is now trying to organize an interview with Lehner following the allegations, according to reports from Sportsnet and ESPN.

A second-round draft pick by the Ottawa Senators in 2009, Lehner has spent 11 seasons with the Senators, Sabres, New York Islanders and Chicago during the course of his career before joining the Golden Knights in Feburary 2020.