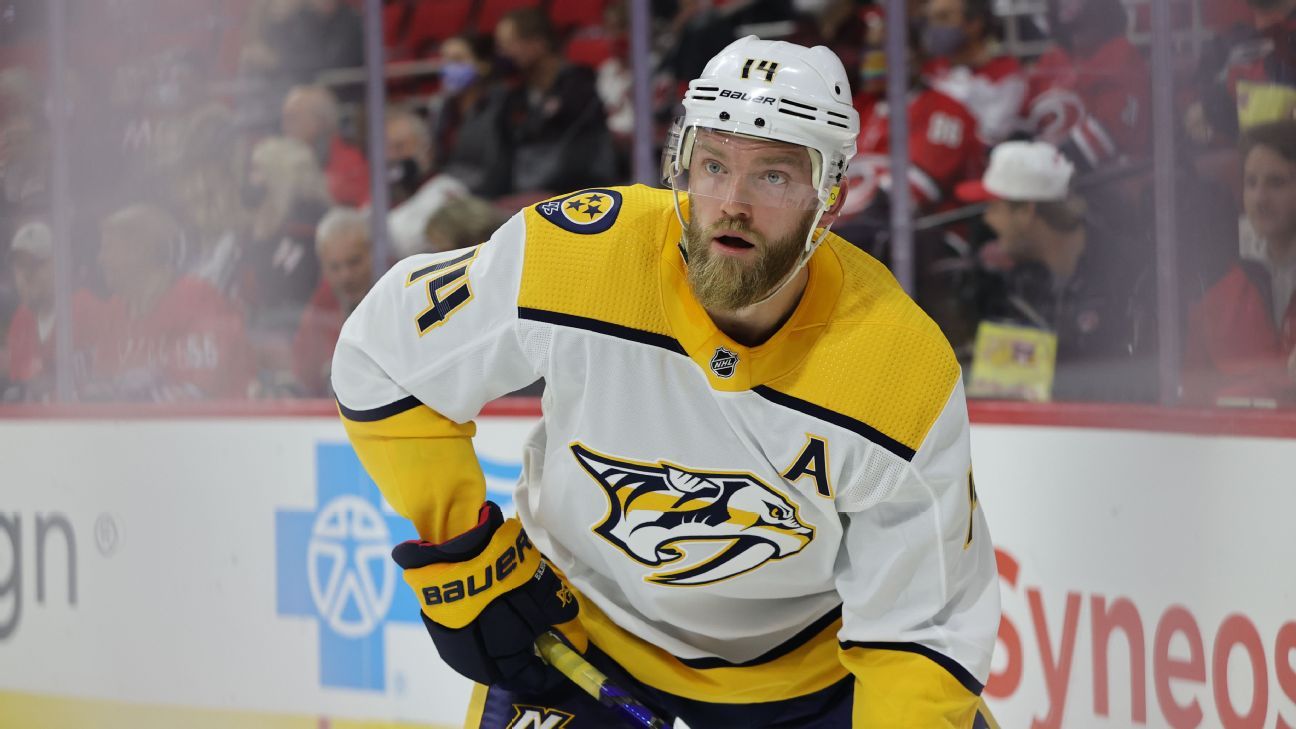 NASHVILLE, Tenn. — The Predators have signed defenseman Mattias Ekholm to a four-year, $25 million extension keeping him under contract through the 2025-26 season.

The Predators announced the contract Wednesday at a news conference.

General manager David Poile called Ekholm a foundational piece for the Predators and that they couldn’t be happier to get this deal done before the season opener Thursday night against Seattle. Poile said Ekholm brings size at 6-foot-4, 215 pounds to the blue line along with being a mentor.

“We have a group of young, right-shot defensemen that includes Alexandre Carrier, Philippe Myers, Dante Fabbro and Matt Benning who all have the opportunity to learn from and play with Mattias on the side opposite him, and we’re excited about the stability that will provide us on the blue line,” Poile said.

Ekholm’s deal starts with the 2022-23 season and has an annual average value of $6.25 million. Ekholm, 31, has played all eight NHL seasons in Nashville.

“Nashville is home for us,” said Ekholm, a native of Borlänge, Sweden. “It’s where we want to be. I believe in the future of this team and I’m looking forward to the chance at competing for the Stanley Cup here in the next five seasons.”

He was the 102nd pick overall in the fourth round of the 2009 draft and made his NHL debut during the 2011-12 season. Ekholm has at least 20 points in six straight seasons, and his 23 points last season was second among Nashville defensemen.

Ekholm has two game-winning goals and had the first multigoal game of his career in February. He finished 10th in Norris Trophy voting for the 2018-19 season. Ekholm said staying in Nashville with the Predators was a priority for him.

He has played in 71 playoff games, tied for third most among skaters in franchise history. His plus-14 rating in the postseason is best in Nashville history. Ekholm helped Sweden win the 2018 world championship.