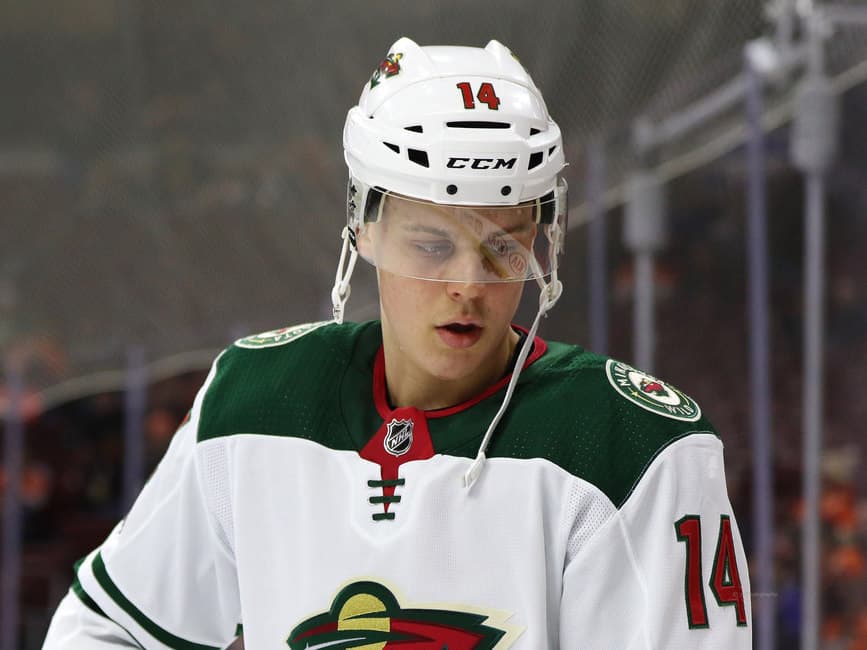 The new 2021-22 NHL season is upon us, and the Minnesota Wild are about to play their first game. After the season ended last year, it was clear there were a few things the team needed to really focus on in the offseason and training camp.

With that being said, head coach Dean Evason had to change quite a bit with the departures of Ryan Suter, Zach Parise, Carson Soucy, and a number of other players that left voids in the lineup. Along with the gaps in the roster, there were a few issues that Evason should have had on his radar during the summer and training camp to improve for this season.

This change has been talked about for many seasons with the Wild, and that would be their shot totals. The last five seasons their shots have been on a roller coaster of ups and downs, they get better one season just to drop the next. As far as comparing them to the rest of the NHL, it’s not pretty.

Out of the last five seasons, they made it into the top half of the NHL for shots just once. It was an impressive tenth-place finish with 2,527 shots. The other seasons were pretty low in regards to shot totals but surprisingly, the Wild’s goal totals weren’t hurt too badly by the decline in shots but that doesn’t mean it’s not something that should be addressed.

The more shots the Wild take the more goals they have the chance to score. The biggest part of this that needs to be changed is who is taking the shots. Of course, they want everyone on the team to take the opportunity if they have it but there are certain players that should automatically take the shot and not always be looking for the pass.

Those players are Kirill Kaprizov, Kevin Fiala, Joel Eriksson Ek, and Matt Dumba. The first three obviously have some of the best shots on the team but Dumba can’t be forgotten with his boomer of a slapshot that catches goalies off guard. If the team can focus on getting these guys to take more shots, it may produce more goals.

They started improving the power play towards the end of last season but the main advantage is something that continues to be a struggle for the Wild. They were 24th overall in the league with a 17.6 percentage last season, compare that to the top team, the Edmonton Oilers, with a 27.6 percentage and it’s clear there was work to be done.

Even with their best players playing on the power play they for some reason could not have more success. Kaprizov did score eight power-play goals out of 38 shots and a total of 13 power-play points, which isn’t bad for his first season and one that was shortened besides.

The Wild will be expecting a lot more out of him this season as well as his power-play linemates. They’ll need to do better than a 17.6 percentage and just 29 goals on 165 chances. To have better chances they’ll have to have their lines changed up as well as their plays. Getting their players to shoot more may help their power play as well.

That leaves the third and final change that will be discussed and that is the center position. They’ve struggled for quite some time not having a strong center core. There is one player this season the main role is going to fall on and that’s Eriksson Ek. He’s a great player but it’s a lot of pressure to expect him to take on that role. He’s been slowly transitioning into it from the beginning of last season after Mikko Koivu departed and still getting comfortable into this season.

The Wild did do some work in the offseason to obtain a center that could help out and that player is Frederick Gaudreau. He’s a center that has played with both the Pittsburgh Penguins and Nashville Predators and looks to make a home with the Wild.

The team also had their eyes set on the young sensation, Marco Rossi. He ended up missing out on last season due to Myocarditis after having Covid-19, so they’re extremely eager to see him play. He’ll be starting the season out with the Iowa Wild in the American Hockey League (AHL) but the Wild have at least seen him on their ice and know he has the potential to join the NHL.

Depending on how Rem Pitlick and Brandon Duhaime do, Rossi may find himself with a roster spot soon, if the other two don’t impress. He’ll just have to keep working hard and show the Wild he means business.

Those three changes are ones the Wild and Evason should have focused on during the offseason and training camp. There are of course others but there always will be because no team is perfect and can always look to improve. If they improved on these three things, they’ll have a higher chance of success and wins, as well as a chance to work on the minor things that just need tweaks.

Getting more shots, tightening up the power play, and establishing a center core were all major issues last season and all the changes made during the offseason will hopefully keep them from being a hindrance to the Wild this season.

Mariah Holland is a contributing Minnesota Wild writer for THW as well as a cohost on the THW Youtube show Chicks & Sticks which produces a new show every Friday. She’s been covering the Wild at THW for just over eight months and has been on Chicks & Sticks since it started in early May. She is always looking for different angles to cover the Wild and dig deeper into the stories surrounding the team.