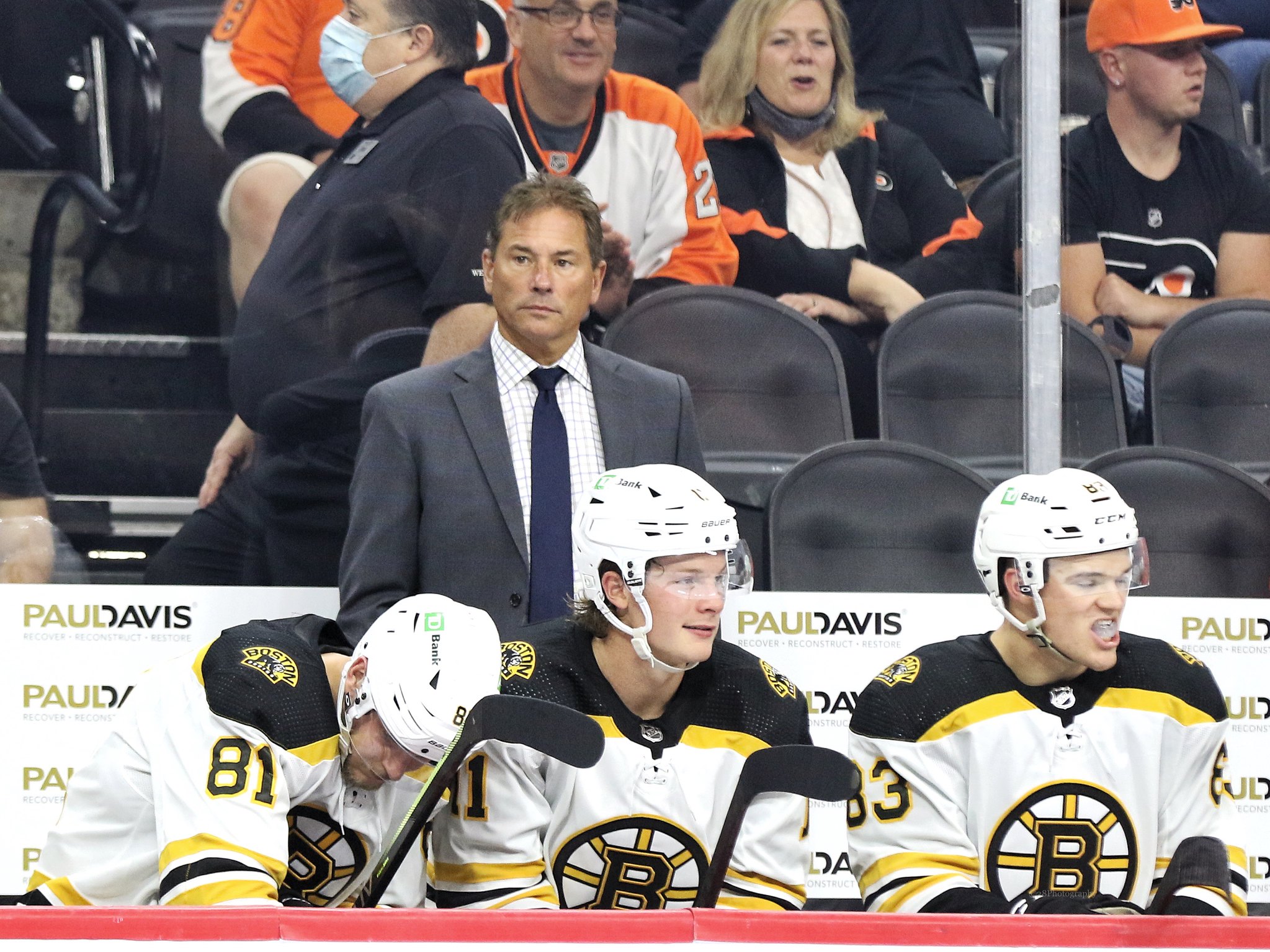 The NHL season is 10 days old. Most teams have played three or four games, but the Boston Bruins have only played two. In those two games, they have had two very different results. One good and one not so good.

It’s early in the season, but the Bruins have plenty of things to work on. Coach Bruce Cassidy has already called out his team after a loss after just the second game. Is this a cause for concern after two games or is this what the 2021-22 season is going to be like for the Black and Gold?

Bruins Impressive in Win Over Stars

There was no better way for the Bruins to open the season than how they did against the Dallas Stars on Oct. 16 at the TD Garden. The Bruins outshot the Stars 40-28 and put together a typical Bruins third period in a 1-1 game.

They got goals from Jake DeBrusk and Brad Marchand in the final period for a 3-1 win. After DeBrusk broke the tie, the Bruins used their tight-checking style that included a solid forecheck to hold off the Stars. The Bruins new-look defense played well and Jeremy Swayman made 27 saves. Marchand finished with two goals, including the first goal on a penalty shot in the first period.

The Bruins were a perfect 6-for-6 on the penalty kill and they got shots to the net whenever they had a chance. If Cassidy was looking for a near-perfect game, he got that night. After a three-day break, it was a different story in Philadelphia.

Cassidy Calls Out Bruins After Loss to Flyers

Wednesday night against the Philadelphia Flyers, the Bruins lost 6-3. It was not that they lost, but it was how they lost that caught the ire of Cassidy.

“It’s losing hockey is what it is,” said Cassidy. “That’s how you lose games. You do dumb things and good teams come back at you and they finish. That’s what happened.”

He is not wrong. The Bruins were chasing goals all night and it was because of miscues in each zone throughout the game. In the first period, Cam Atkinson broke in 2-on-1 into the Bruins zone with Joel Farabee after defensemen Derek Forbort was caught trying to pinch in at the Flyers’ blueline. Atkinson kept the puck and beat Jeremy Swayman with a wrist shot that the 22-year-old goalie usually stops.

After Karson Kuhlman tied the game for the Bruins later in the period, a Philadelphia power play goal with eight seconds left gave them the lead again. Unable to clear the puck, the Bruins were caught running around in their end and a shot from the point was stopped by Swayman, but the rebound went to Joel Farabee, one of two Flyers’ left open, who deposited the puck into the net.

The biggest miscue that cost the Bruins happened 58 seconds into the third period of a 3-3 game. Mike Reilly was carrying the puck through center ice and had his pass stolen, which Philadelphia turned into an odd-man rush. Atkinson scored his second goal when a pass from Farabee hit his stick as he was falling to the ice and the puck slid under Swayman for the game-winning goal. Reilly took responsibility after the game for the miscue.

“I feel like I’d make that play most of the time,’’ said Reilly. “Guy got a good stick on it, he jumped. If I probably would have held on to it a second more, I would have caught him in his feet, but I think it was too risky. Just didn’t make the play.’’

He wasn’t the only one. If you asked Swayman, he most likely would like to have at least two of those goals back, if not more. His defense in front of him didn’t do him any favors, but last season, he makes some of those saves that got by him in Philadelphia. The Bruins forwards passed up shots to make one too many passes and Nick Foligno suffered an upper-body injury and is day-to-day, already putting a wrench into the top-nine forwards.

As well as they played against the Stars, the Bruins were chasing the score against the Flyers, and against a team that can score like the Flyers, that’s not a good recipe for success. Two games and two different results for Cassidy’s team. Is that a sign of things to come this season or will the Black and Gold put together consistent performances? If Cassidy is calling out the effort after the second game, it might be a sign of things to come. If they want to get to where they have visions of getting this season, they need more nights as they had against the Stars, than they did against the Flyers. It starts tonight against the 3-0 Buffalo Sabres in Western New York.