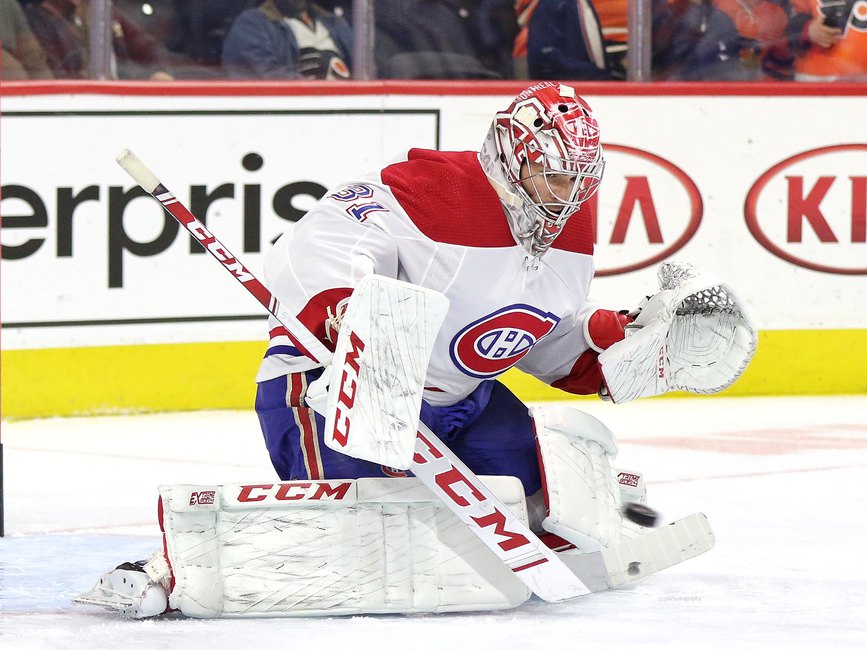 In today’s NHL rumors rundown, the Los Angeles Kings might be getting good news after what looked like a serious injury to defenseman Drew Doughty. Meanwhile, the status on a Vladimir Tarasenko trade seems to change weekly. How long will he be staying with the St. Louis Blues? The Ottawa Senators seemed to have dismissed rumors that they’re looking to add a top-nine center to their group and there were plenty of scouts at the Blackhawks game on Thursday, many of them likely checking in on Dylan Strome.

Daily Faceoff’s Frank Seravalli reports that the early results on Doughty after taking a knee-on-knee hit are positive and that the defenseman might have narrowly avoided a serious injury after an unfortunate incident in Friday’s game between the Dallas Stars and Los Angeles Kings. After a knee-on-knee hit, Doughty may have a minor knee sprain.

The play unfolded in the second period when Doughty was hit by Stars defenseman Jani Hakanpaa. Doughty was helped back to the Kings dressing room and didn’t return to the game. Meanwhile, the NHL looked at the hit and has ruled that the five-minute major for kneeing and game misconduct that were given to Hakanpaa was enough punishment. He will not receive any supplemental discipline.

Related: Coyotes Goaltending Situation an Embarrassment for the Organization

There is no word yet on just how much time Doughty is expected to miss. He will not play tonight for the Kings and Olli Maatta will make his season debut.

Tarasenko to Stick with Blues All Season?

While speculation is that Tarasenko would still like a trade out of the Blues organization, Jeremy Rutherford of The Athletic thinks the forward won’t be going anywhere this season.

An NHL executive gave me his opinion this summer on the Tarasenko situation, saying he felt the Blues right winger would be traded after this season. The logic was that it would give Tarasenko a chance to produce and he’d have only one more season left on his contract ($7.5 million). It made sense and he’s still on the roster, so the executive was correct in that Tarasenko wasn’t moved this offseason.

If Tarasenko stays healthy and has a strong season, there will be other teams interested in him over the summer and not as hesitant to add one year of the player at a higher number.

With Strome getting into his first game for the Chicago Blackhawks, there were a number of NHL scouts in attendance to check out the Blackhawks game. NBC Sports Chicago’s Charlie Roumeliotis observed that 15 different NHL clubs sent scouts/representatives to Thursday’s game against the Vancouver Canucks at the United Center.

ESPN’s Emily Kaplan reports that head coach Jeremy Colliton’s job is relatively safe. She notes, “They’re not panicking here.” That said, things could change. “Now, if it gets to 20 games and they’re still seeing the same results, maybe we’ll see a change, but it’s not a situation if they lose two of the next three, that Jeremy Colliton would be on the way out.”

As has been reported by Pierre LeBrun of TSN and The Athletic, Canada named six goalies instead of the maximum five for its long list of Olympic goaltenders. A special exemption was made for Canadiens goalie Carey Price as he remains in the NHLPA’s player assistance program. The other names include Marc-Andre Fleury, Darcy Kuemper, Jordan Binnington, Carter Hart and Mackenzie Blackwood.

LeBrun writes that Team Canada has not dug into what’s going on with Price and likely won’t. The scribe writes:

But time is also on Team Canada’s side. If Price returns after a 30-day minimum time in the NHL-NHLPA Assistance Program, and finds his ‘A’ game by December, there’s no reason why he can’t still be the No. 1 netminder for Team Canada or at least be among Canada’s trio of goalies.

There are a ton of uncertainties here and it’s not clear if Price even wants to play for the team at this point.

Senators Shoot Down Rumors Of Trading For Forward

Bruce Garrioch of the Ottawa Sun writes that Senators GM Pierre Dorion indicated on Bob McCown’s podcast the reports of the team wanting to add a top-nine center are not accurate. He said, “Right now, we don’t feel we have a need.”

Saying things would be different if they were a contending team, he adds:

“If we felt we could be a Cup-contending team, then the answer would be different, but we have to realize our job and D.J.’s job is to keep developing these players by taking that next step and trying to win more games. Last year, we felt the need to get one to protect our younger centres. This year, with the evolution of some of our wingers taking on a bigger role and with a bit more experience on the back end, they’ll be fine.”