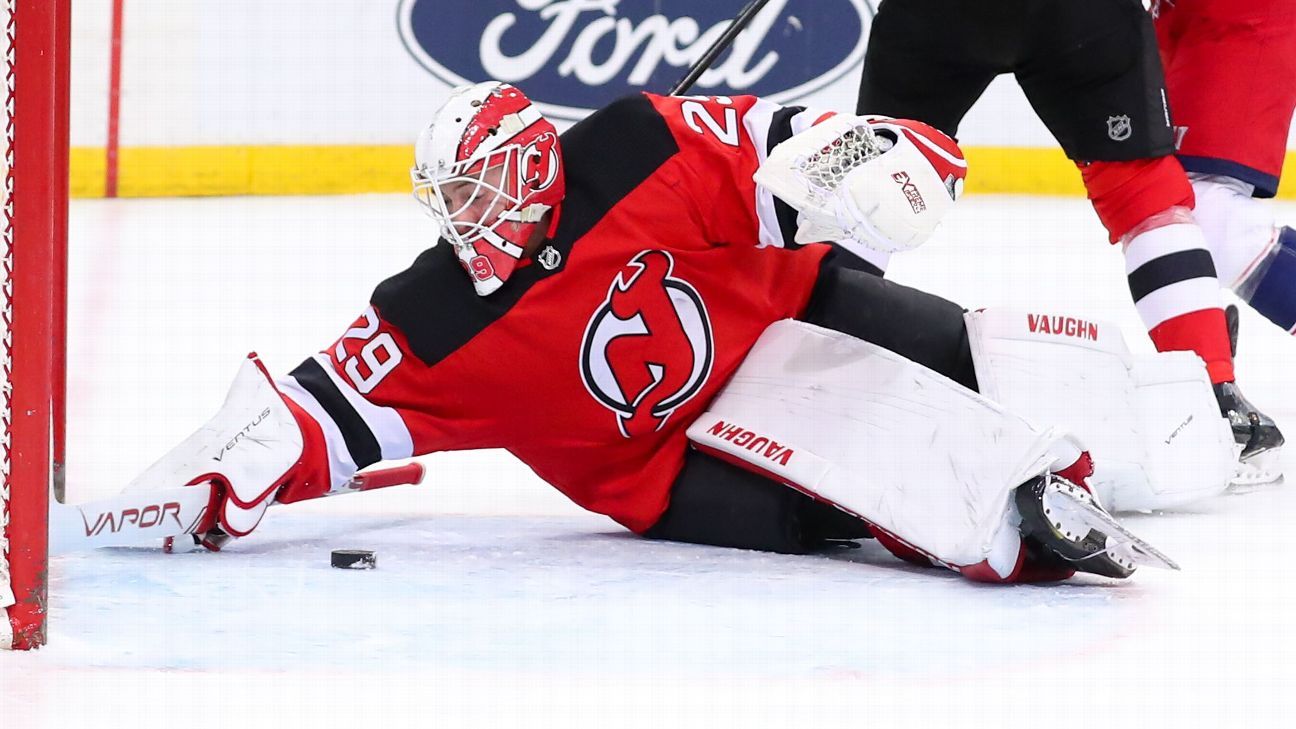 When fully vaccinated, Blackwood would be eligible to play for the Devils on the road against Canadian teams and to compete for a roster spot on Team Canada for the 2022 Winter Olympics.

Blackwood is expected to get his second dose within the next two weeks. The Devils don’t travel to Canada until they face the Winnipeg Jets on Dec. 3.

Blackwood didn’t close the door to getting the vaccine when he spoke about his status before the season. “I’ve not decided one way or the other whether I’m doing it. I’m taking a little bit of extra time,” Blackwood said in September. “I have a couple of health concerns and health reasons why I’m working through it a little slower. I wanted to check off a couple of boxes, and not rush to do it.”

Blackwood has yet to play this season after offseason surgery on his heel.