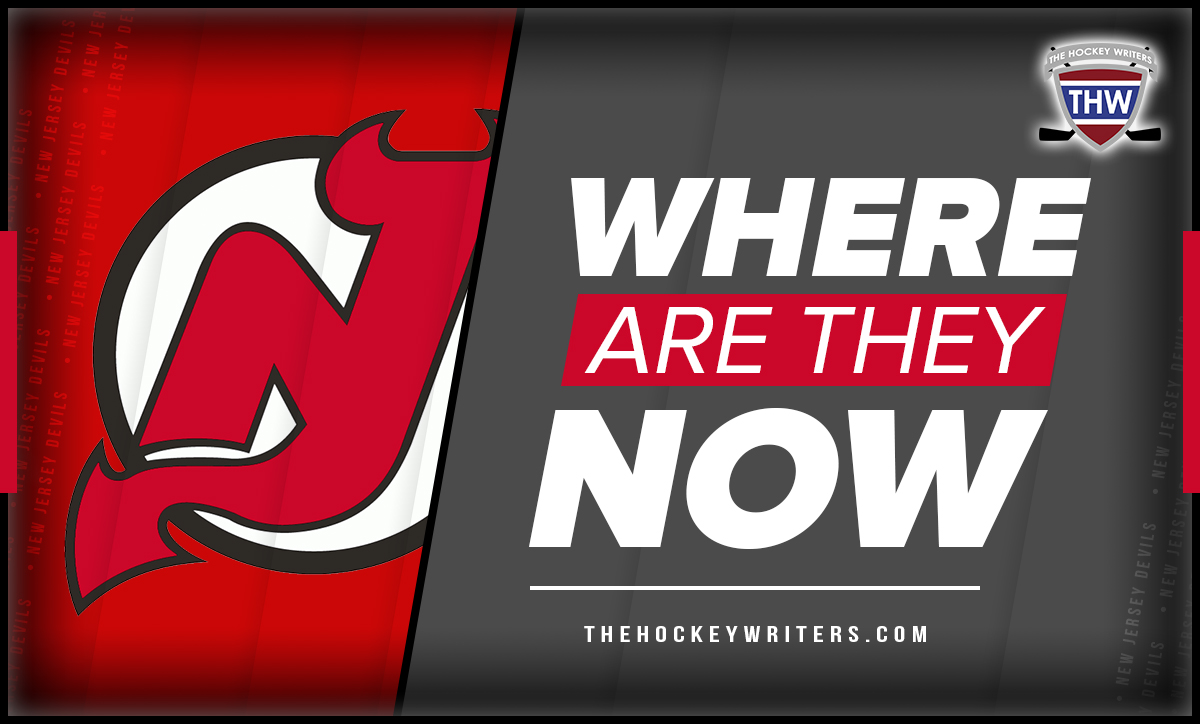 It was a wonderful time to be a Devils fan in the spring of 2012. Zach Parise proudly wore the “C’ on his sweater, and fans wore their Ilya Kovalchuk jerseys with a smile. One of the best things Peter DeBoer did as head coach was put together a depth line that consisted of Ryan Carter, Steve Bernier, and Stephen Gionta, also known as the CBGB line.

During the Devils’ magical run to the Stanley Cup Final in 2012, that line combined for 21 points in 24 games. We all know a key ingredient to winning a championship is having a solid bottom-six, and the CBGB line provided just that. Sadly, they couldn’t find the same success individually after they each parted ways with the Devils. Here’s a look at how they got to where they are now.

Ahead of the 2014-15 season, Carter was invited to the Devils’ training camp on a professional tryout. Management did not offer him a contract, so he returned to his home state of Minnesota to play for the Wild. That season, he played 53 games with 13 points. He played an additional season with the Wild and finished his professional playing career with Minnesota’s American Hockey League (AHL) team, the Iowa Wild, during the 2016-17 campaign.

When he decided to hang up his skates, he knew the next step was to hit the books. Carter finished his Minnesota State University degree in 2018. However, he wasn’t sure what the next chapter of his life would look like. Ironically, the path he chose was one he never expected.

“In terms of school and education, the subject I was least strong in was communications,” Carter said in an interview with Shane Frederick. “So I find it ironic that I’m working in communications right now” (from, ‘Former Maverick and NHL player Ryan Carter stays in the game,’ The Free Press, 04/14/20).

Carter now works as a television analyst for the Wild and Bally Sports North. Since broadcasting never crossed his mind, he read books about broadcasting to learn the basics of the job. For the past few seasons, he has also created content for the Wild website. It seems like everything fell into place for the former forward.

Before the 2015-16 season, Bernier signed a one-year contract with the New York Islanders. He split time between the Islanders and their AHL affiliate, the Bridgeport Sound Tigers and, like Carter, he finished his playing career in the AHL. He played 637 NHL games, scoring 105 goals and finishing with 230 points.

Related: Time to Say Goodbye to the Devils CBGB line?

After he announced his retirement in 2019, Bernier returned to the Moncton Wildcats of the Quebec Major Junior Hockey League – where he played from 2001-05 – to focus on player development, working with the coaching staff and players directly on and off the ice.

“I am very happy to be back with the Moncton Wildcats,” said Bernier about his new role. “I am looking forward to sharing my knowledge with current players and prospects and help them to grow and improve their game. We weren’t able to bring the Memorial Cup to Moncton while I was playing – so it’s my goal to help the Wildcats and the great city of Moncton achieve that!”

Brian Gionta‘s younger brother Stephen remained with the Devils until the summer of 2016. After eleven seasons with the franchise, he signed a professional tryout with the Islanders. After that, he spent three seasons playing in both the NHL and with the AHL’s Bridgeport Sound Tigers. He officially announced his retirement in August 2019 before accepting a job with the Tampa Bay Lightning.

At 35 years old, Gionta transitioned from player to professional scout and has known nothing but success with the Bolts. As a player, he reached the Stanley Cup Final in 2012, but as a scout, he has won back-to-back championships. It’s hard not to root for him.

Before 2012, it had been a long time since the Devils had a successful fourth line, and these three forwards created something special. Their physicality, chemistry, and passion made them fan-favorites. They may have hung up their skates, but they are all still involved with the sport that gave them so much throughout their playing careers. It will be hard to find a depth line that was more loved than the CBGB line.

Kristy has been contributing to The Hockey Writers since March of 2021. She is thrilled to be putting her journalism degree to use and covers both the Nashville Predators and New Jersey Devils. Kristy is also a co-host of Chicks & Sticks, a weekly Youtube show produced by THW. You can follow her journey on Twitter @InStilettosBlog and Instagram SkatingInStilettos.