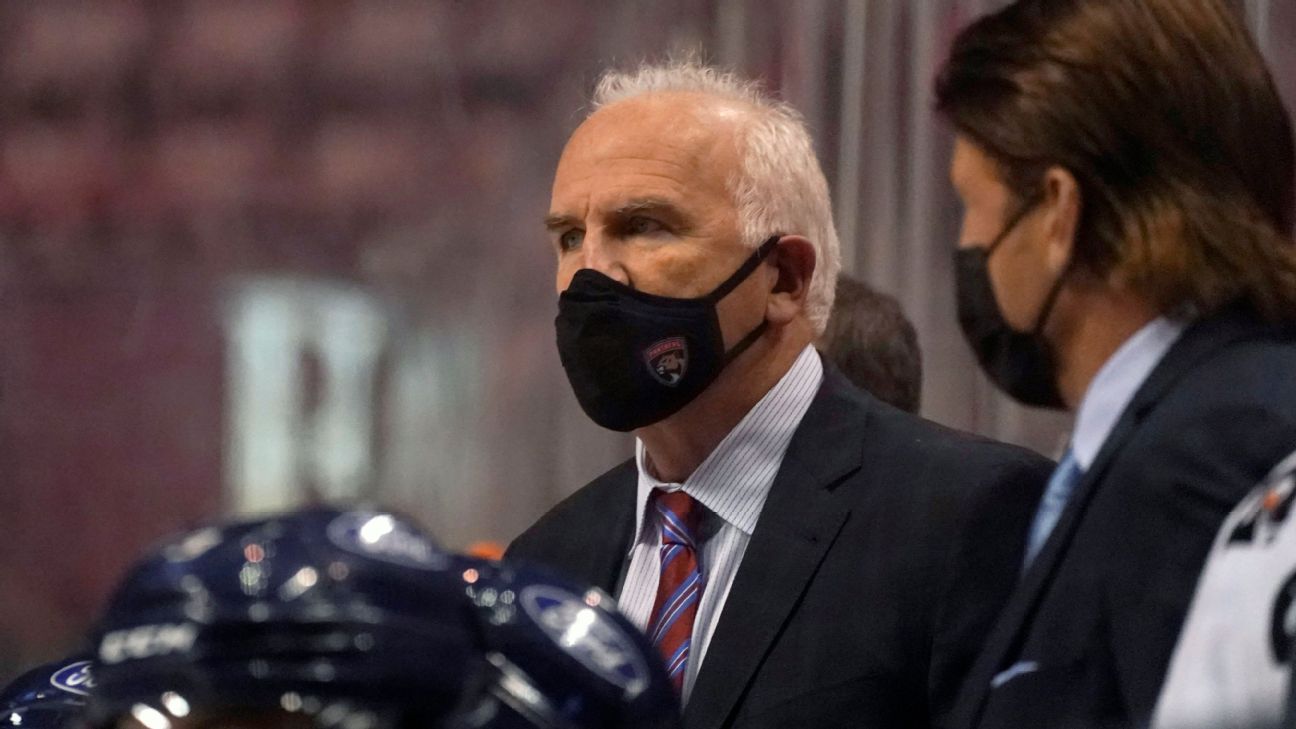 Florida Panthers coach Joel Quenneville was behind the bench for their 4-1 win over the Boston Bruins on Wednesday night, but was nowhere to be found in the postgame news conference.

Quenneville has a meeting scheduled with NHL commissioner Gary Bettman at 2 p.m. Thursday in New York to discuss his involvement in the Chicago Blackhawks sexual abuse case.

Rather than the coach, general manager Bill Zito met the media after the Panthers hosted the Boston Bruins.

“In light of this afternoon’s news, we felt it appropriate that I address you all. Joel will be meeting with commissioner Gary Bettman tomorrow. He has no comments prior to that meeting,” Zito said.

Earlier Wednesday, Kyle Beach came forward as “John Doe,” the former Blackhawks player who filed a lawsuit against the team for mishandling his sexual assault allegations. The suit led the Blackhawks to commission an investigation by the law firm Jenner & Block, which looked into the allegations that former video coach Brad Aldrich sexually assaulted and harassed Beach ​during the team’s 2010 Stanley Cup run.

The investigation, which was made public Tuesday, revealed that Quenneville was aware of the situation and took part in at least one meeting regarding the allegations during the 2010 postseason. Quenneville had previously said he only learned of the allegations in the summer of 2021 “through the media.”

In an interview with TSN on Wednesday, Beach said there was no way Quenneville was unaware of the allegations.

“I’ve witnessed meetings, right after I reported it to [Blackhawks mental skills coach] James Gary, that were held in Joel Quenneville’s office. There’s absolutely no way that he can deny knowing it,” Beach said.

Zito praised Beach for coming forward and said the details of the investigation were troubling.

“As an organization, we commend Kyle Beach for his courage in coming forward this evening, to bring to light the pain he endured during his time in Chicago. The information that has recently become available is deeply troubling. There’s no question that the events described in yesterday’s report are serious and severe,” he said.

“We’re working closely with the National Hockey League to assist with the ongoing process, and with respect to that, will not comment further until after the commissioner’s meeting with Joel.”

Florida captain Aleksander Barkov said the players were told Wednesday morning that there would be a meeting between Quenneville and Bettman, but that their focus was on the game against the Bruins.

“As players, we just want to concentrate on the game. That’s what we do, what we want to do and why we’re here,” he said. “We know what happened during the game on the ice, not off the ice.”

The Panthers moved to 7-0-0 under Quenneville this season.