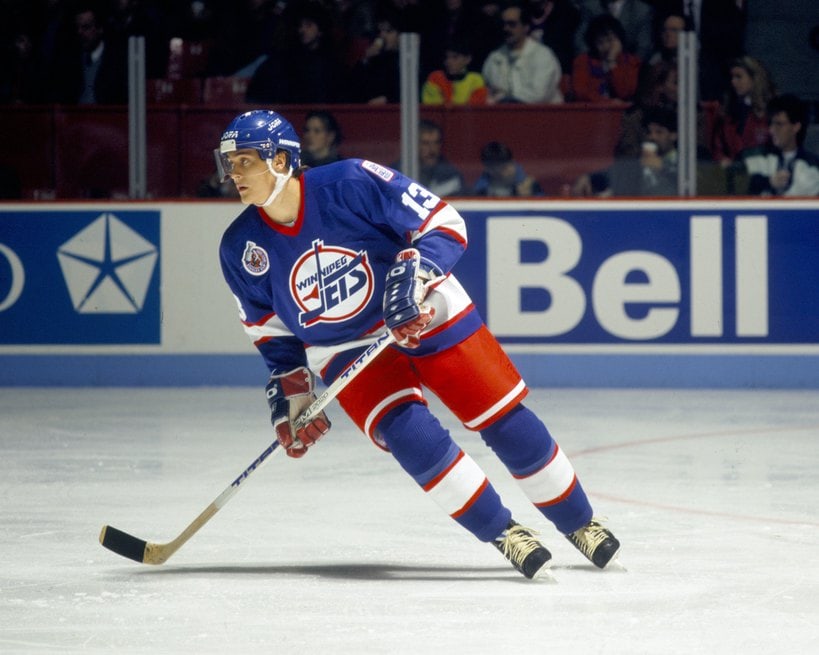 This date in National Hockey League history has had some great moments on both the east and west coasts and a lot of places in between. Some of the most notable players to ever play in the league had big memories on Oct. 28 throughout the decades. So, let’s take our daily journey back in time to relive them all!

A whole slew of guys you can find in the Hockey Hall of Fame can look back on this date in their career and smile.

On Oct. 28, 1962, goaltender Terry Sawchuk stopped all 24 shots he faced in the Detroit Red Wings’ 2-0 victory over the visiting Toronto Maple Leafs. The shutout was the 100th overall of his career, with 90 in the regular season and another 10 in the Stanley Cup playoffs. He retired in 1970 with 103 regular-season shutouts and 115 overall.

Defenseman Bobby Orr scored the final goal of this legendary career on Oct. 28, 1978, in the Chicago Blackhawks 7-2 loss at the Red Wings. This was one of only six games Orr was able to play in during the 1978-79 season. Career-long knee injuries forced him to retire on Nov. 8, 1978, as the NHL’s all-time leader in goals and points for defensemen.

On Oct. 28, 1995, Mario Lemieux scored his second consecutive hat trick, and 33rd of his Hall of Fame career, as the Pittsburgh Penguins picked up a 5-3 road win at the New Jersey Devils.

Sergei Fedorov became the seventh player in Red Wings’ history to score 250 goals as a member of the team on Oct. 28, 1998, as Detroit won 7-2 at the Florida Panthers.

The Colorado Avalanche retired Patrick Roy’s No. 33 on Oct. 28, 2003, in a pre-game ceremony before they beat the Flames 4-2. Roy spent eight of his 19 NHL seasons with the Avalanche. He won 262 games, two Stanley Cups and the 2001 Conn Smythe Trophy for being the postseason’s most valuable player.

There were multiple streaks, both by teams and individual players, that were extended on this date over the years.

On Oct. 28, 1984, Kent Nilsson extended his team-record assist streak to nine straight games as Calgary lost 6-2 at the Buffalo Sabres. Nilsson racked up 14 assists during his nine-game streak.

The Maple Leafs beat the Blackhawks 4-2 on Oct. 28, 1993, for their 10th straight victory to start the season. This extended their own NHL record which they set in their previous game. The Sabres eventually tied this record when they opened the 2006-07 season with 10 wins in a row.

Selanne extended his goal-scoring streak to five straight games on Oct. 28, 1997, to tie a Mighty Ducks of Anaheim team record. He helped the Ducks earn a point in a 2-2 draw at the Maple Leafs.

Finally, on Oct. 28, 2017, the Red Wings beat the Panthers 3-2 in a shootout. Gustav Nyquist scored the only goal of the three rounds as Detroit set a league record with their 12th straight shootout victory. They broke the previous high mark of 11 set by the 2005-06 Dallas Stars.

A New York State of Mind

The Rangers, Islanders and Sabres all have had multiple big moments on Oct. 28 through their respective franchise histories.

On this date in 1978, Rick Martin scored a hat trick to become the first member of the Sabres to score 300 goals. He scored 382 goals with Buffalo before being traded to the Los Angeles Kings in 1981, which are still the second-most in franchise history.

Mike Bossy lit the lamp three times during the third period, on Oct. 28, 1980, to lead the Islanders to a 6-4 win over the visiting Vancouver Canucks. This was his first of nine hat tricks during the 1980-81 season, which set an NHL record at the time. He only had a year to hold onto this record, as Wayne Gretzky scored 10 hat tricks in the following season. The Great One repeated this feat during the 1983-84 season.

On that same night, Ron Greschner became the first Rangers defenseman to score a penalty shot goal, as he scored against Mike Liut in a 5-4 loss to the St. Louis Blues.

Goaltender Clint Malarchuk led the Sabres to a 5-0 win over the Hartford Whalers on Oct. 28, 1990, for his 12th and final career NHL shutout. Pierre Turgeon led the scoring with his second career hat trick.

Pat LaFontaine and Dave Andreychuk each had three assists on Oct. 28, 1991, to lead the Sabres to a 4-4 tie with the Maple Leafs.

Dominik Hasek made 22 saves on Oct. 28, 2000, to earn his 200th career victory in a 3-1 win at the Blackhawks. The Hall of Fame netminder won the first 13 games of his career as a member of the Blackhawks before being traded to Buffalo in 1992.

On Oct. 28, 1974, Bob Berry scored his 106th career goal with the Kings to set a new team record. Rogie Vachon recorded his 23rd career shutout to lead Los Angeles to a 2-0 win over the Pittsburgh Penguins. Berry finished his career, in 1977, with 159 goals, which are 15th on the team’s all-time list.

Exactly one year later, on Oct. 28, 1975, Marcel Dionne scored his first hat trick as a member of the Kings, as they beat the Washington Capitals 6-0. Tommy Williams picked up four assists and Vachon earned another shutout, his 29th. Dionne still leads the franchise with 24 hat tricks.

Speaking of hat tricks, on Oct. 28, 1980, Dave Taylor scored the third of his career as the Kings beat the Colorado Rockies 8-4. Taylor went on to score eight hat tricks during his time in Los Angeles.

Related – Los Angeles Kings’ Dave Taylor’s 1980-81 Season: One of the Greatest Ever

Rookie goaltender Glenn Healy picked up his first NHL victory on Oct. 28, 1987, in a 4-3 win over the Rangers. Healy earned the first 237 of his 166 career wins with the Kings before moving on to the Islanders, Rangers and Maple Leafs.

One year later, Gretzky picked up a pair of helpers to become the first player in NHL history to record 1,100 assists. Bernie Nicholls added to the offensive attack with his 11th career hat trick in a 7-4 win over the Jets.

The first chapter of the Battle of Quebec was written on Oct. 28, 1979, as the Quebec Nordiques and Canadiens played for the first time. Jamie Hislop scored late in the third period to give the Nordiques a 5-4 win on home ice.

On Oct. 28, 1983, the Minnesota North Stars traded former Calder Trophy winner Bobby Smith to the Canadiens in exchange for Keith Acton, Mark Napier, and a future draft choice. This trade came a little more than five years after the North Stars selected Smith with the first overall pick of the 1978 NHL Amateur Draft.

Another former North Star, Brian Bellows, scored twice on Oct. 28, 1992, to give him 350 goals in his career. He also added an assist to lead the Canadiens to a 4-3 win over the Tampa Bay Lightning.

The Penguins beat the Flames 5-2 on Oct. 28, 1998, with all of their goals coming on the power play. This was just the seventh time in NHL history where a team scored at least five goals in a game, with all of them occurring on the man advantage.

On this same night, Wendel Clark scored his 300th career NHL goal as the Lightning lost 5-3 at the Mighty Ducks. Enforcer Stu Grimson scored twice for Anaheim, the first two-goal game in his nine-season NHL career.

On Oct. 28, 1999, Jeremy Roenick became the 101st player in NHL history to score 800 points by scoring two goals and grabbing two assists in the Phoenix Coyotes’ 4-1 win at the Vancouver Canucks.

Randy McKay and John Madden each scored four goals on that same night to lead the Devils to a 9-0 blowout of the Penguins. They became the first pair of teammates to score four times in the same game since Odie and Sprague Cleghorn did it for the Canadiens in January of 1922.

Mike Rathje became the first player to appear in 600 games with the San Jose Sharks on Oct. 28, 2003, in a 3-0 loss at the Carolina Hurricanes. His 671 games with the team are still the sixth-most in team history.

Sidney Crosby scored the first of his 11-career regular-season hat tricks on Oct. 28, 2006, in the Penguins’ 8-2 win against the Philadelphia Flyers. Rookie Evgeni Malkin scored, as well, to extend his goal streak to five straight games to start his career.