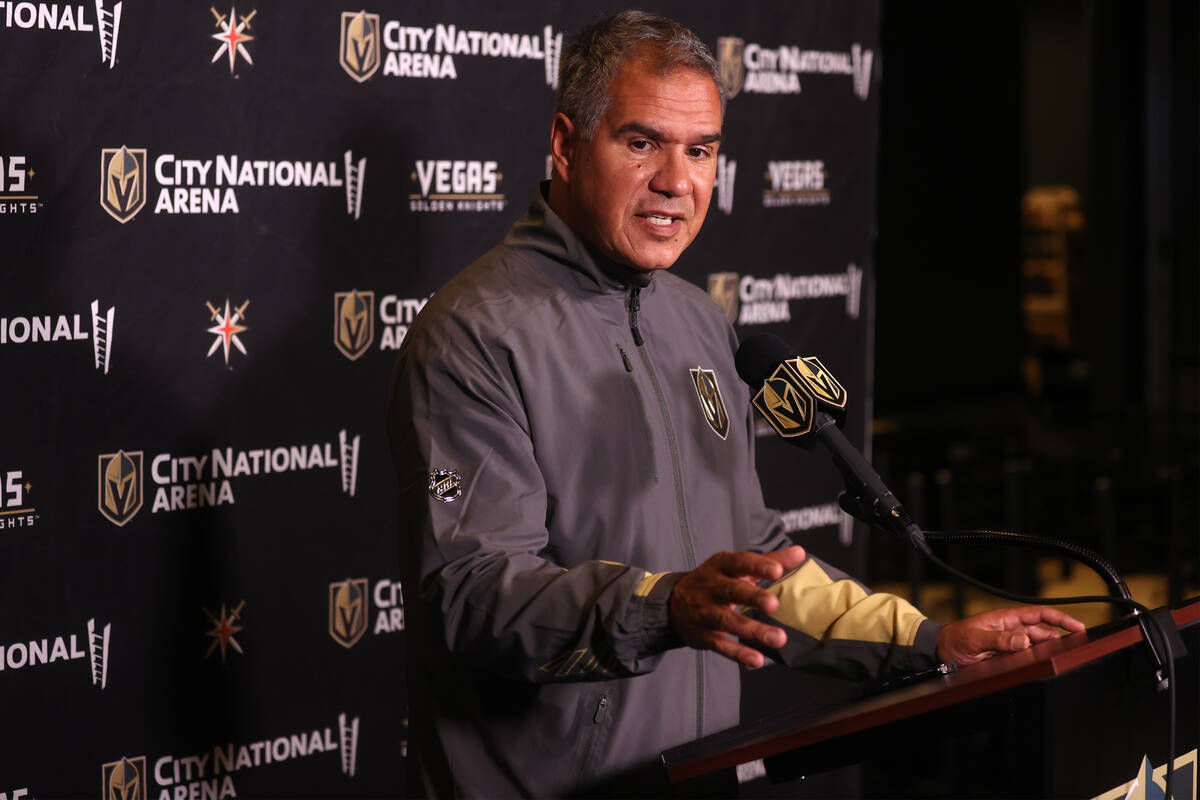 Manny Viveiros has been diagnosed with prostate cancer, the Silver Knights coach revealed Thursday during the “HSK Today” radio show.

“We’ve been trying at the very early stages a game plan of what we want to do going forward,” Viveiros said on KLAV-AM (1230). “Now that we have one in place through the doctors, we have an opportunity now to go after this and treat this.”

Viveiros, 55, is expected to be behind the bench when the Silver Knights host Bakersfield at 11 a.m. Friday at Orleans Arena as part of a Nevada Day doubleheader with the Golden Knights.

He said he will remain with the team until mid-December and then take another leave of absence to undergo surgery.

As part of a routine physical during training camp in September, Viveiros said he underwent a blood test that revealed elevated levels of prostate-specific antigen (PSA). He then met with a urologist and a biopsy confirmed the cancer diagnosis.

Viveiros said the cancer has not spread, and now that doctors have determined what stage it is in, a treatment plan was put in place. He is optimistic of making a full recovery.

“Quite frankly, it probably saved my life. Just having just a simple blood test,” Viveiros said. “You think about your family and you want to be there. You want to be there for a long period of time. That comes into your thoughts right away.

The Silver Knights are off to a 2-1-1 start after dropping a pair of games last weekend to Abbotsford. Viveiros returned to the team Thursday and praised his staff and general manager Tim Speltz for how they’ve handled his absence.

“HSK, my staff and the players, they’re an extension of my family. It’s good to be back,” Viveiros said. “From a selfish point of view, the game can’t come early enough.

“It’s certainly something that I’m really looking forward to and getting back and getting an opportunity to compete alongside my staff and my players here.”

This article was originally published by Reviewjournal.com. Read the original article here.

Former Supreme Court judge to oversee Hockey Canada review
Canada goes unbeaten in preliminaries after 3-0 win over Sweden at Hlinka Gretzky Cup
6 Predictions for the 2022 World Junior Championship
What’s next for the NHL and the Metaverse?
Stanley Cup makes its way to Innisfail, Alta., hometown of Colorado Avalanche assistant coach