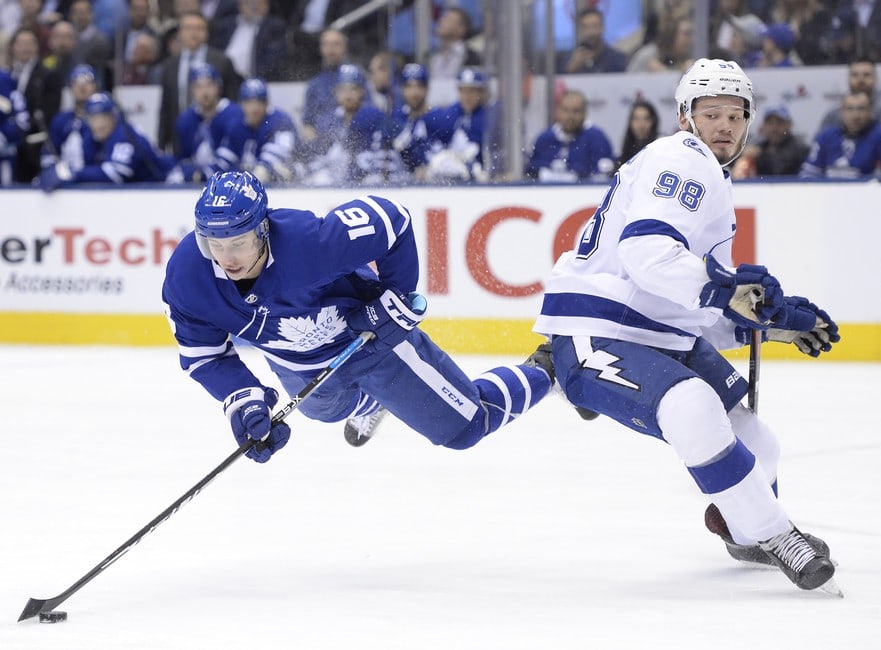 The Toronto Maple Leafs have not seen anything yet. So the team and the fan base need to take a deep breath and prepare for a monumental week of hockey. That might sound over the top, but when you look at the results to this point and the short-term schedule, Toronto’s season could be in jeopardy if the results go against them in the next four games.

They say you can’t clinch a playoff spot in October, but you certainly can lose it. Yet, 10 percent of the way through the regular season, Toronto has managed just seven of a possible 16 points. The Maple Leafs slowed the bleeding with a 3-2 come from behind, overtime win over the Chicago Blackhawks. While this allowed a short pause in the panic that has gripped Leaf Nation, falling behind 2-0 to a winless team surrounded in turmoil is hardly acceptable. However, a win is a win, and Toronto desperately needed it.

Schedule Maker was not Kind to Maple Leafs

When the schedule was released way back on July 22, one glance and it was apparent the first week of November would be a difficult task. That situation has only become more challenging as the last team Toronto plays in October is out to a surprisingly hot start. Now the blue and white face the Stanley Cup champions, two teams who are favourites to contend for that title and team with nothing to lose.

Toronto’s recent 4-1 loss to the Carolina Hurricanes made it clear that it is not in the same class as the League’s elite. Unfortunately, the positive spin the team took from that loss was more troublesome, playing near the same pace as the Hurricanes while realizing they had to take their play to a higher level.

Maple Leafs Face the Best of the Best

Thursday’s match-up against the Tampa Bay Lightning highlights the four games in the next seven days. These teams last met on March 10, 2020, and many believed it was a preview to the second round of the playoffs. It seemed the winner of that round was destined to be the Cup favourite. Since then, Tampa Bay is a back-to-back Stanley Cup champion and on the verge of becoming a dynasty. The Leafs have not made it to the second round and are struggling to start this 2021-22 season.

Related: Maple Leafs Are Not in the Same League as Contenders

The game against Tampa Bay is book-ended with contests against the Vegas Golden Knights and the Boston Bruins. Vegas played the final four last season and is again considered a front runner to win the Cup. Then there are the Bruins. While the Maple Leafs’ longest rivalry is the Montreal Canadiens, no team in recent memory has ripped the heart out of Leaf Nation like the guys from Beantown. Not to mention, Boston is still good and is in the discussion to win it all this season. To kick it off, the Detroit Red Wings who are deep in a rebuild, but have been catching teams by surprise to start the season.

Three of the four teams are Atlantic Division foes, while the other is a top-tier club from the Western Conference. You may think the schedule maker didn’t particularly like the Maple Leafs; however, all four games are at home. If Toronto can string together four wins, even three, then all of the panic to start the season will be gone, and the naysayers will be eating crow.

On the flip side, if the team isn’t out of the rut just yet and drop three or all four games, then the panic will escalate. Not only will it put the team behind in points, but it will also again cement the real concerns that this team isn’t good enough to be in the elite group. If that’s the case, it will be more than just the season in jeopardy, but jobs.