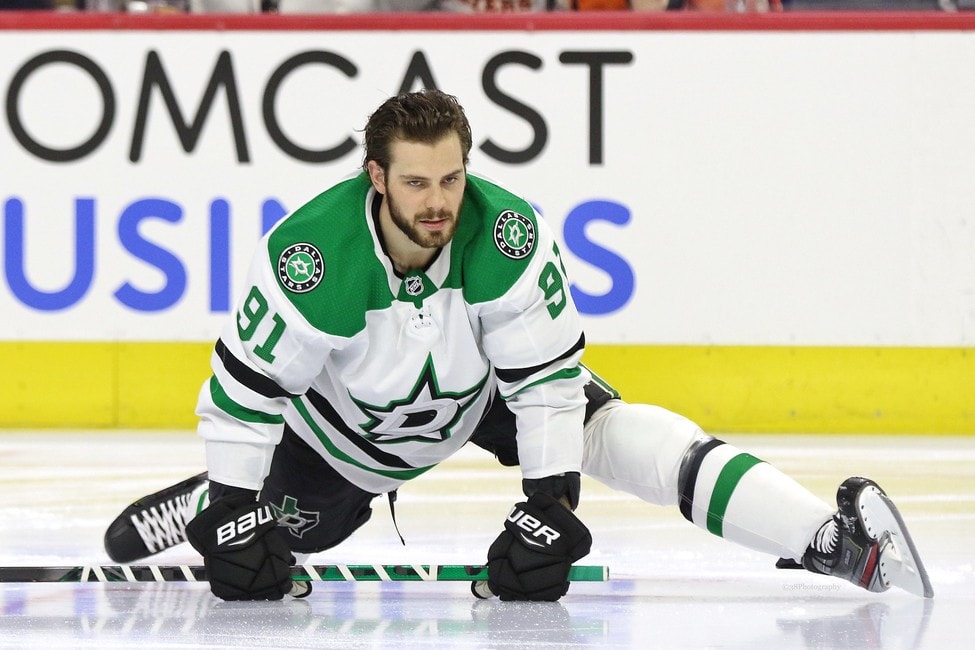 Among the largest early-season issues for the Dallas Stars is the performance of their power play. Last season, Dallas ranked fifth in the league (23.57%) with the man advantage despite missing most of their top players throughout the season. This year, with the return of a healthy lineup, they were expected to do much of the same. Through eight games, however, that has simply not been the case.

Dallas currently sits 31st in the NHL with only 1.75 goals per game. A big reason for this has been the struggle of their power play. In eight games, the Stars have scored only four power-play goals on twenty opportunities. That 20% conversion rate has them near the middle of the pack, ranked 15th in the league. While those numbers do not look miserable, keep in mind that half of their power-play goals came in a single game against the Los Angeles Kings. However, the biggest concern is that they have rarely looked threatening when they do get their chances.

“The power play has been completely out of sync. It’s as simple as that. There’s nothing happening with it. Sometimes, your power play might go 0-for-5, 0-for-6 and look really good doing it, and the puck’s just not going in. Our power play the last couple games hasn’t even been close to being good enough.”

When looking at the highly skilled players available for the Stars, it is baffling that they have struggled with the extra man. Early in the season, their top players have not quite found their game, which has been mirrored on the power play.

“I think everyone might be thinking a bit too much. But I thought tonight was back to the basics. We saw that in the second and third, and that’s something to build off.”

Special teams are not only important in terms of goal scoring, they can also either boost or crush momentum throughout the game. Last season, despite being a top power play, the Stars could not find a way to consistently convert in the biggest moments. Far too many times, they watched a late power play come and go, resulting in yet another one-goal loss. This season, that trend has continued, further magnified by the overall lack of power-play success. While there has been an improvement since beginning the season 1 for 10 in the through four games, there remains a lot to improve.

What is Wrong With the Stars Power Play?

Sometimes to find an issue within the game, it is good to take a step back. Watching the Stars on the power play reminds me of a drill we used in practice as kids. Each player remains stationary in an umbrella form, passing the puck around the outside before eventually taking a shot on goal. While this certainly makes for a fun passing drill for kids to develop their spacing, it is far from an ideal or threatening power play strategy. Too many times this season, the Stars have taken this approach, allowing penalty killers to defend them with ease as they pass the puck around innocently. On top of that, they have been consistently outworked when trying to retrieve pucks, eliminating any second chance opportunities.

“It doesn’t matter who’s out there, there were too many times when they got outworked in the corners. They’re not crisp with their passing. We’re standing still, moving the puck around, that’s the easiest thing in the world to kill. We’ve got to get moving and we’ve got to move the puck a lot quicker, and it goes again back to pucks are exploding off our sticks, and that I won’t accept. At this level, you have to handle those passes. Until we handle the puck a lot better, we can’t generate any offense.”

For the Stars to find success, it will take three things. First, their top players need to find their game and do it quickly. While Alexander Radulov, Tyler Seguin, and Roope Hintz are still adjusting after offseason surgeries, Dallas needs their best players to be their best players. Without them feeling confident and making plays, it will not matter which strategies are used on the man advantage. Second, they need to find more movement throughout the offensive zone. When the power play uses rotation and movement, it forces penalty killers out of their comfort zone, opening up lanes for passes and more dangerous shots on goal.

Finally, they need to simply outwork their opponents. A large chunk of special teams comes down to working harder than the player across from you. When there is a loose puck or rebound, the power play needs to use their numbers advantage to regain control of the puck, make a smart play, and re-rack for another opportunity.

To put it simply, nothing kills a power play more than “one and done” shots that lead to a clearance, forcing a full regroup in their own zone. If the Stars can find a way to adjust their work ethic, playmaking, and overall attitude, they have plenty of weapons to make this a very lethal power play this season.