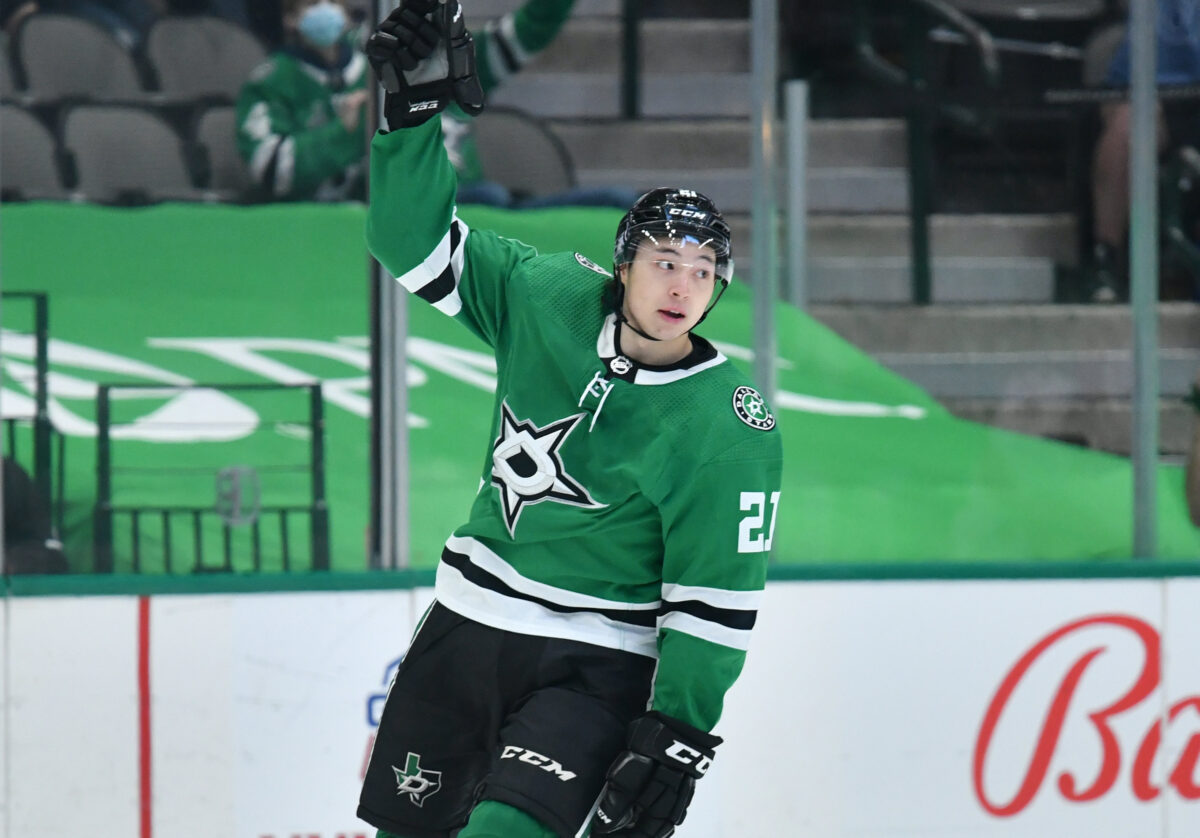 In today’s edition of Stars News & Rumors, Miro Heiskanen recorded his 100th career point, Dallas got back to full health, and the overtime demons reared their ugly head once again!

Stars defenseman Miro Heiskanen recorded his 100th career point with a goal in the overtime win against the Los Angeles Kings on Friday night. At 22 years old, he became the youngest player to reach this milestone in franchise history.

Heiskanen also reached the milestone in just his 210th career game, the fourth-fewest in franchise history. He has been a dominant force this season, currently leading Dallas with seven points in as many games.

For Rick Bowness and the Stars, Wednesday night’s game was a special one. For the first time in what feels like five years, Dallas was able to roll out a fully healthy lineup. Aside from Ben Bishop (on Long-Term Injured Reserve), the Stars were at full strength, as Jason Robertson and Blake Comeau skated in their first game of the season. This was apparent on the ice, as Dallas dominated play from the drop of the puck, despite eventually losing the game in overtime.

Although neither Robertson or Comeau found the scoresheet, they skated well and solidified a lineup that has been thrown into the blender recently. Robertson returned to his spot on the dynamic top line next to Roope Hintz and Joe Pavelski while Comeau slotted on the wing alongside long-time linemate Radek Faksa and newcomer Michael Raffl.

A full lineup is a rare thing for a team that has been decimated by injuries over the past few seasons. The Stars and their fans hope they can finally remain healthy and that it makes the difference in their game on a nightly basis.

If you watched the horror show that was the 2020-21 Dallas Stars season, you likely feel sick to your stomach watching this team head to overtime. However, after 14 losses past regulation cost them a playoff spot a season ago, Dallas began this season 2-0 in overtime and 1-0 in the shootout. Unfortunately, that all came crashing down when the Vegas Golden Knights came to town Wednesday night.

After a dominating performance in which Dallas held a large shot and scoring chance advantage, they held a tight 2-1 lead with just over one minute remaining in the game. No matter how many high-danger chances they created, they could not find a way to extend their lead, and were forced to play in yet another one-goal game. Things only got worse when Jonathan Marchessault smoked a one-timer over the shoulder of Anton Khudobin to tie the game with the goalie pulled at the 18:58 mark in the third period.

Stars fans had seen this story too many times, and the rest of the plot went exactly as it has before. After a late scoring chance was stopped by Vegas goalie Laurent Brossoit, the two teams headed to overtime in a game that Dallas should have had full control. Robertson had the best chance early in overtime when his wrist shot from the slot skipped off the crossbar. However, just moments later, Evgenii Dadonov found a loose puck after a turnover by John Klingberg and ended the game with a perfect shot past Khudobin just 1:59 into the overtime period.

“That’s probably the best game we’ve played. We created the most offense, but the goalie made some incredible saves and we hit a couple of posts and that’s the story. It’s disappointing to lose that point, but we certainly did a lot of good things.”

Finishing was the obvious standout issue for the Stars, who currently sit 30th in the NHL in goal scoring at 1.86 goals per game. However, while it is easy to focus on the negatives after the overtime loss, they did play an excellent game overall and will look to take the positives of their performance to build off in the future.

“We want to build on tonight, for sure. Offensively, that’s the best game we played. Zone time and quality chances were clearly on our side. The puck’s got to go in here at some point, so we’ve just got to stay with it.”

Dallas will play its second straight home game when the Ottawa Senators come to town on Friday night. This will mark the first of 14 times the Stars will rock their ‘Blackout” alternate jerseys this season. The Stars currently hold a 3-3-1 record, and sit fourth in the Central Division.