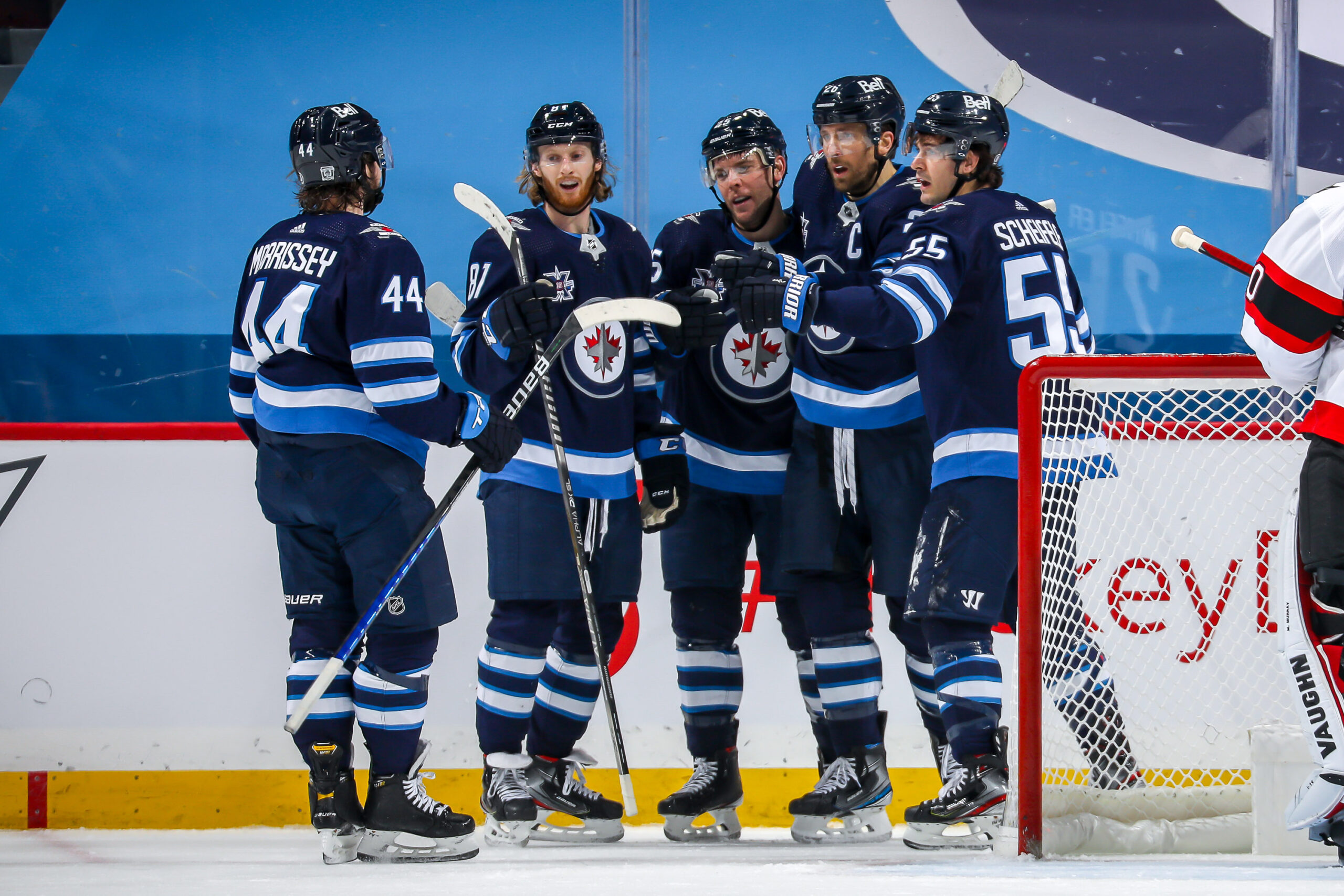 The Winnipeg Jets host the Dallas Stars tonight in the first of seven consecutive home games. This is a homestand that should, if the Jets play to potential, garner them 10 of the 14 available points, in my opinion. They have rectified some of their apparent early-season flaws as of late and should be in a position to start the current homestand positively. The Stars are coming to Winnipeg with some early-season issues to correct, which should make for an interesting contest from an observer’s point of view. This game will be a tale of two squads who are defensively similar but polar opposites when it comes to scoring.

Stars Display Strengths Similar to Jets Except for One Issue

In eight games, the Stars have scored 14 goals. A deficient stat that puts them 31st in the NHL in that category. Miro Heiskanen leads all Dallas players with two goals and five assists. In fact, only Heiskanen plus four others have put the puck in the net more than once, but that doesn’t mean the snake-bitten Stars aren’t getting their chances. They have had their fair share of opportunities to score, but they come into Winnipeg with an inability to finish on their chances.

On the other hand, the Jets have been putting the puck in the net at a high rate. Eliminate their first game of the year when they outplayed but lost the Anaheim Ducks 4-1, and you’re looking at a team that is scoring four goals per game which would put them tied for first in the league. Kyle Connor and Pierre-Luc Dubois have been on fire early in the season, leading the team with seven and six goals, respectively and both on a pace to score more than 100 points over an 82 game season. Add Andrew Copp to the mix and the trio has already scored 18 times this season, which is four more than the entire Stars team.

Related: Jets Thrive While Leaders Out Under Quarantine

The fact that the Jets have been scoring and the Stars haven’t should mean the Jets take this contest easily, but that may be premature. The Stars have had chances, and with veterans Jamie Benn, Tyler Seguin, and Joe Pavelski on the roster, the goals are eventually going to come. In fact, the Stars actually have slightly outshot the Jets each night, with an average of 30.6 shots per game, compared to 29.3 for the Jets. This demonstrates that the Stars aren’t playing poorly, they’re just not finishing on the chances they are creating.

So the glaring difference in scoring has not been for a lack of chances. Still, give the Jets an advantage in this game because both Blake Wheeler and Mark Scheifele will be back in the lineup after being quarantined under the NHL’s Covid protocols. A potent offense just got stronger.

Both teams have been too generous at times with their opposition. The Jets have allowed 26 goals in eight games while the Stars have allowed 22. That’s a 3.25 goals-against average (GAA) compared to a 2.75 GAA, respectively. Not horrible numbers but not the elite 1.55 GAA of league-leading Carolina Hurricanes, but an area both teams would like to improve upon. Jets’ general manager Kevin Cheveldayoff’s offseason upgrade on the blue line has still been a work in progress. The Jets are still giving up significantly more shots on net than they are taking. They are fifth in the league in the shots against category at 33.6 per game, the main statistic they were looking to correct from last season. The Stars are giving up a more respectable 30.5 shots each contest, which matches their shot on the opposition’s net, and why they will eventually come out of the funk, they currently find themselves in.

The Stars have shuffled their lines and are putting their big guns in Seguin, Benn, and Alexander Radulov in an effort to spark the offensive attack. They are outshooting the Jets per game and haven’t finished by putting the puck in the net. The Jets’ still evolving defense will give up some opportunities that may not have presented themselves to the Stars and the Stars, having scored only four goals in their last three games, will find the back of the net in this game.

On the other hand, the Jets are hot offensively and at the beginning of a long homestand with the inclusion of their two team leaders in Wheeler and Scheifele in the lineup. Connor, Dubois, and Copp should continue their recent torrid pace, and the Jets will find the back of the net more often than the Stars.

But the game could simply come down to how well the Jets defense can stand up to a team hungry for a win and pushing hard to light the lamp. That is their current Achilles’ heel and what I’m sure the Stars will be focussing on. My prediction is a 5-3 victory for the Winnipeg Jets.

Keith Forsyth is a freelance writer and sports junkie from rural Manitoba who is covering the Winnipeg Jets for The Hockey Writers.  Keith loves all sports and is a huge fan of the NFL (Skol Vikings… if you know, you know) and the Montreal Expos (they’re coming back… you watch!). He recently retired from the education world teaching high school, where his greatest passion was coaching young athletes.  He brings that same logical, behind the bench type of approach to you as he delivers an insightful look into the NHL and specifically the Jets.  For interview requests or content info, follow Keith on Twitter or his social media accounts.  They appear under his photo on articles like this one.