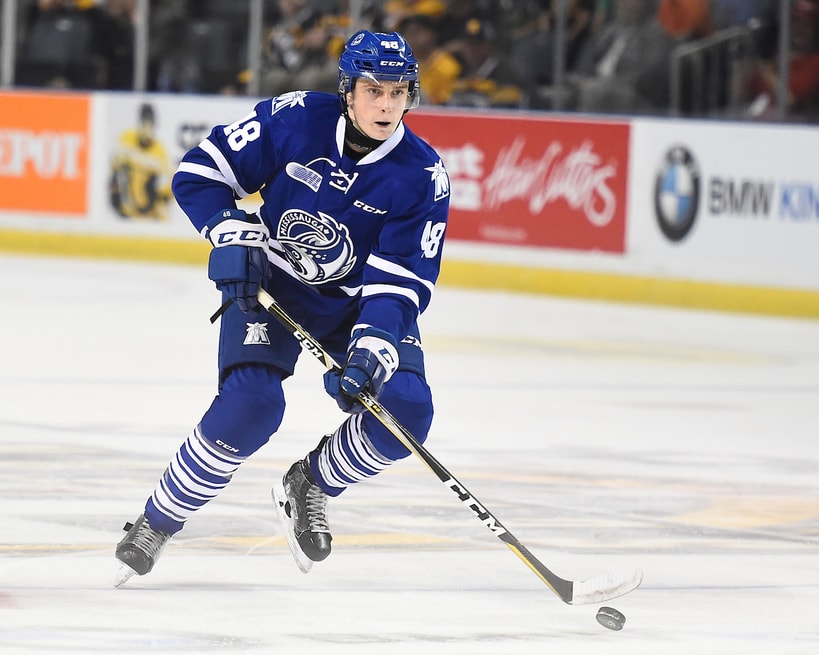 Top Dallas Stars prospect Thomas Harley played his first NHL game on Aug. 5, 2020 in the round-robin portion of the 2020 Stanley Cup Playoffs. The 18-year-old struggled along with the rest of his team as the Colorado Avalanche skated their way to a dominating 4-0 victory. He knew that he did not play well and promised himself that his next chance would be better. That chance, however, took a bit longer than he anticipated. Since that night in the Edmonton bubble, he has not made his way back to the NHL level. Now, after being called up to the NHL Monday, his chance will come on the Stars’ current three-game road trip.

Harley Finally Getting His Chance

Dallas made the decision to call up Harley from the American Hockey League (AHL) ahead of their three-game road trip through Canada. With Jani Hakanpaa recently clearing the COVID protocol, it was clear that this was not simply a depth move. This time around, head coach Rick Bowness stated that he was brought up to play, not watch.

“He’s been playing very well down there. He’s going to come up, and at some point, he’ll play.”

With the Ontario Hockey Hockey League not playing last season, Harley was able to jump right into the AHL earlier than anticipated. He showed that he belonged, playing heavy minutes and recording 26 points in 44 games. He has recorded only one point in nine games at the AHL level this season but his defensive game has drastically improved.

“For me, it’s defensive consistency. I think that’s something I’ve really improved on in the `A.’ These past six games, I’ve been really hard on pucks, ending plays on the wall, and gapping up really well, so I think that’s a big part of it.”

For Harley, it was important to earn the trust of the Stars coaching staff. As an offensive defenseman, he had to improve on the defensive end in order to compete at the NHL level. Now that he has proven he can do that, it should greatly boost his confidence moving forward. Bowness believes that Harley will bring a much-needed offensive boost to his team that currently ranks 31st in goal scoring this season.

“He gives us another offensive defenseman. It’s clear we’re struggling to put the puck in the net, and he gives us an element that’ll help us.”

Harley Wants To Prove That He Belongs

Harley knows that when he gets his chance, he needs to play his game. That means taking chances on the offensive end while making sure he is solid in his own zone. Playing his offensive style is what led to his call-up, so he will try not to be extra cautious or hesitant when he does get his chance.

“That’s the main thing I do. That’s what I’ve done for years and years and years. Now, it’s just second nature. I see it and I go. There’s no hesitation, there’s no thinking about it. I’ve done it in the `A’ and it’s got me called up, so I’m going to keep trying to do it.”

After missing out on the NHL roster to begin the last two seasons, Harley has been eager to earn his shot once again. He showed his competitiveness and confidence when being asked about how he felt heading into camp this fall.

“I’m a pretty patient player on the ice, and I think patience comes pretty naturally to me. Whenever I earn that spot, I’m going to have it. It’s just a matter of time.”

It has been 454 days since his first-ever tilt against the Avalanche but his time has finally come. Now that he has earned his second shot, he is eager to prove that he belongs.

“Since that game, I want my next shot. I want to prove I can play in this league for a long time.”

The Stars begin their three-game road trip tonight against the Winnipeg Jets. This will be the first divisional game for Dallas, who has struggled early in the season with a 3-4-1 record. This trip is a good chance for Harley to make his mark and help this team find their game and offense on a consistent basis.