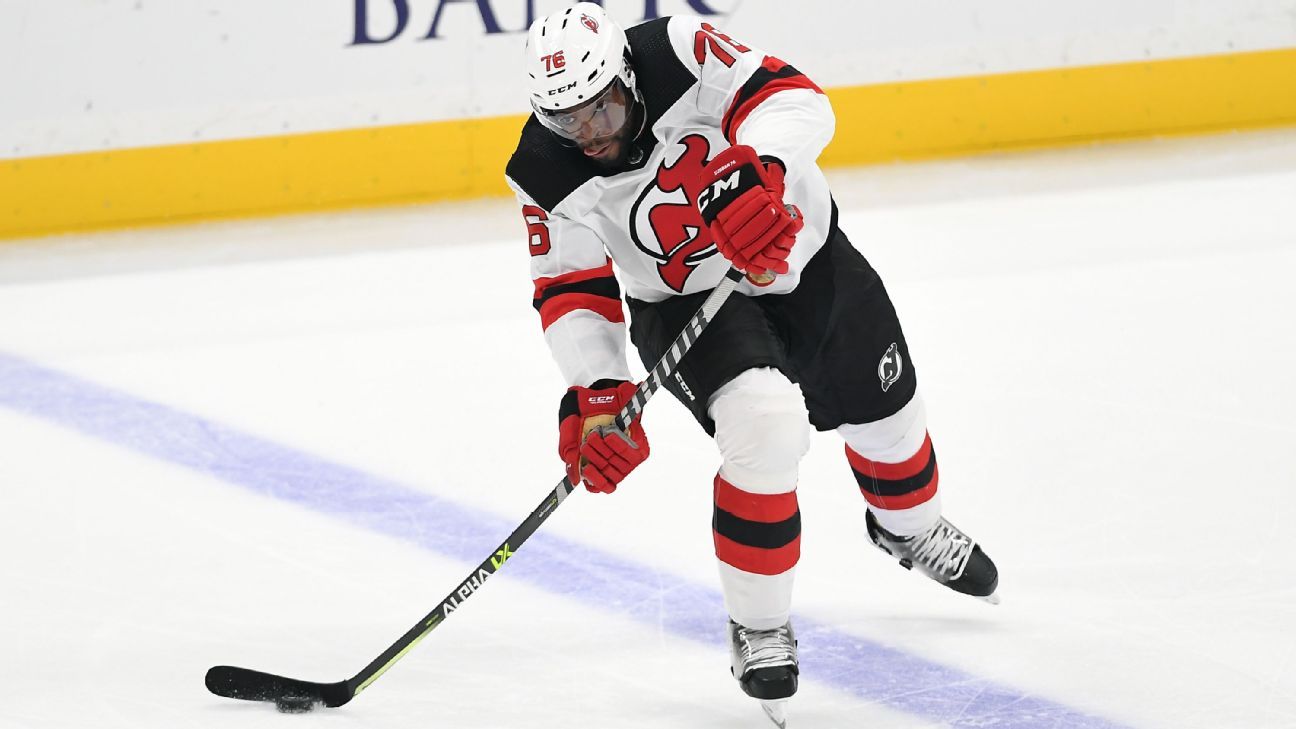 NEW YORK — New Jersey Devils defenseman P.K. Subban was fined $15,000 by the NHL on Wednesday for his second tripping offense in eight days.

The former Norris Trophy winner was fined for tripping Anaheim forward Trevor Zegras in the first period Tuesday night in a 4-0 win by the Ducks. No penalty was called on the play.

The league’s department of player safety previously fined Subban $5,000 for a “dangerous trip” on Calgary Flames forward Milan Lucic in an Oct. 26 game. In that instance, the defenseman came at Lucic from behind and used his leg to trip him, an action referred to as slew footing an opponent.

Subban also was criticized but not fined for tripping Ryan Reaves of the New York Rangers in a preseason game.