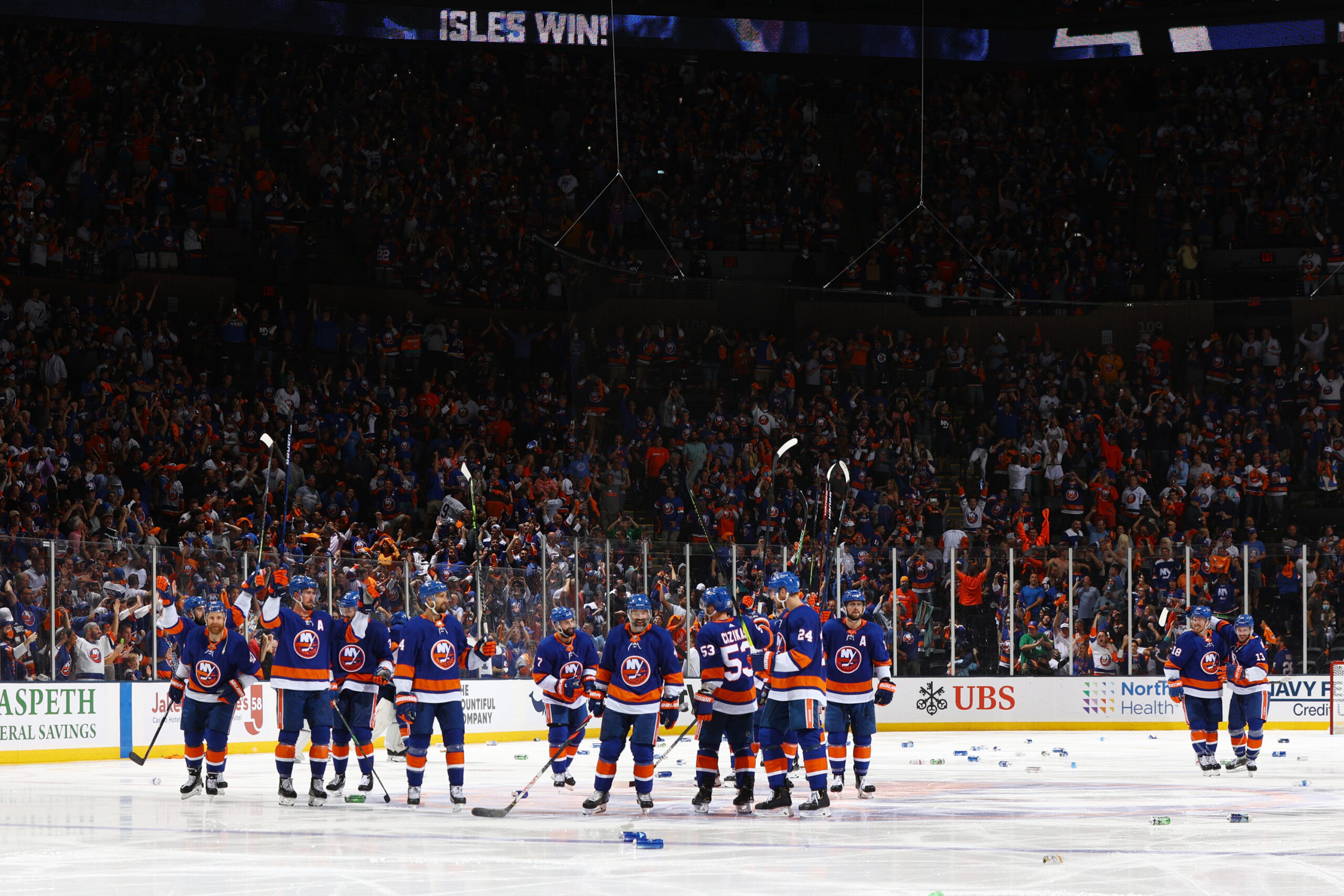 The New York Islanders’ road trip continues tonight against the Montreal Canadiens, followed by back-to-back games this weekend. The schedule slows down again after three games in four days, with just one game against the New Jersey Devils over the next week. The schedule is proving difficult for the Islanders to build momentum, though they’re certainly playing better as of late. Ilya Sorokin continues to anchor the team through the early part of the season, with the offense finding its way via the power play. Let’s dive into the latest Islanders’ news from the last week, and see what’s ahead.

At the outset of the season, a lot was made of the Islanders’ road trip, and for good reason. Fans, writers, and major media outlets – myself included – were worried about the 13-games the team would be playing off Long Island. What many of us didn’t consider, however, is it wouldn’t be the games away from home that proved to be difficult, but the time in between.

It’s difficult to build momentum and consistency when you aren’t playing on a regular basis. Despite some struggles, their game against the Nashville Predators was their most complete to date, though they did have trouble clamping down at the end of the game, a strong point for the Islanders over the last few seasons. The good news, however, is the team’s power play, which went 2-for-2 on the night with both units scoring. Anthony Beauvillier, a key piece of the team this season, is off to a pretty good start with three goals in seven games.

Oliver Wahlstrom is also on a torrid pace netting four goals in seven games and leaving any fear of a sophomore slump in the rearview mirror. His power-play tally against Nashville showed yet again how deadly he can be from the left side when given any time at all.

While the eye test is telling fans Zdeno Chara isn’t cutting it with the Islanders, head coach Barry Trotz seems to have faith in his abilities, especially for what the team is asking him to do. It’s fair to give him time, especially as the team finds ways to hockey games early in the season when they aren’t playing their best. However, time will tell if he continues to be the answer in the top four.

It’s not clear when or if Sebastian Aho will get a chance in Chara’s spot any time soon, though presumably, this weekend would be a good time to give the 44-year-old defender a rest, though many expected that during the Islanders’ last back-to-back set.

In absence of using internal players to raise the bar for the Islanders’ back-end, a rumor is floating around that pending unrestricted free agent Hampus Lindholm might be of interest to the Islanders. In early September, Lindholm popped up on my radar as an option prior to Chara’s signing with the Islanders. Lindholm appeared to be somewhat comparable to Nick Leddy, who was traded to the Detroit Red Wings, and could provide the veteran presence Islanders’ brass looks for. However, his salary-cap hit was an issue at the time at over $5 million annual average value and, unless the Anaheim Ducks retain some salary, it will likely be an issue at the trade deadline as well. In the meantime, we’ll see how Chara’s play shakes out and if Aho gets a chance in the lineup before the deadline.

In the System: Ken Appleby

Ken Appleby is a relatively unknown goalie in the Islanders system, or at least he was until last weekend. He’s had just a cup of coffee in the NHL with a long minor league career, mostly in the ECHL. Last weekend, he put up sparking numbers with the Bridgeport Sound Tigers, going 2-0-0 with a 1.94 goals-against average and .951 save percentage.

He was sent down the Worcester Railers of the ECHL earlier this week, but it’s nice to know there’s someone in addition to Jakub Skarek that could make an impact between the pipes for the Islanders.

At the Islanders’ media availability on Wednesday, Barry Trotz said “the Islanders will probably have one or two practices at UBS Arena before the home opener on November 20th.”

Trotz on the road trip: “I think that will make us better. Unless your attitude stinks. We’ll grind through this. We’re going to get our best efforts.”

Andy Greene on heading into Montreal: “It’s important for us to get off to a good start. It’s important that we get in there and focus on our game.”

Storyline for the Week Ahead

Adding in a layer of complexity on the road trip is Semyon Varlamov, who is back from an injury but has yet to play a game this season. Last week’s storyline, confirmed by Trotz prior to the matchup with the Predators, centered around too much time off for Sorokin if he didn’t play Saturday night. That appears to be the outlook moving forward as well.

Trotz said this Thursday morning ahead of their matchup in Montreal against the Canadiens. “If you know anything about Varly, Ilya has been his man. They’re best friends, all that. He understands that… No matter what, I’m trying to keep the rhythm of Ilya because he’s the guy that’s not rusty…”

With that, it’s safe to assume Sorokin gets the start in Montreal and Varlamov finds his way into the crease against either the Winnipeg Jets or Minnesota Wild this weekend before their 1A-1B rotation starts up when their schedule becomes a little more regular following the road trip.

Stay tuned for future editions of Islanders Weekly, published every Thursday throughout the season.

Jon Zella is a 30-year-old Long Island native currently living in Syracuse, NY. Outside of hockey, he enjoys motorcycles, beer, coffee, and his dog Olive.