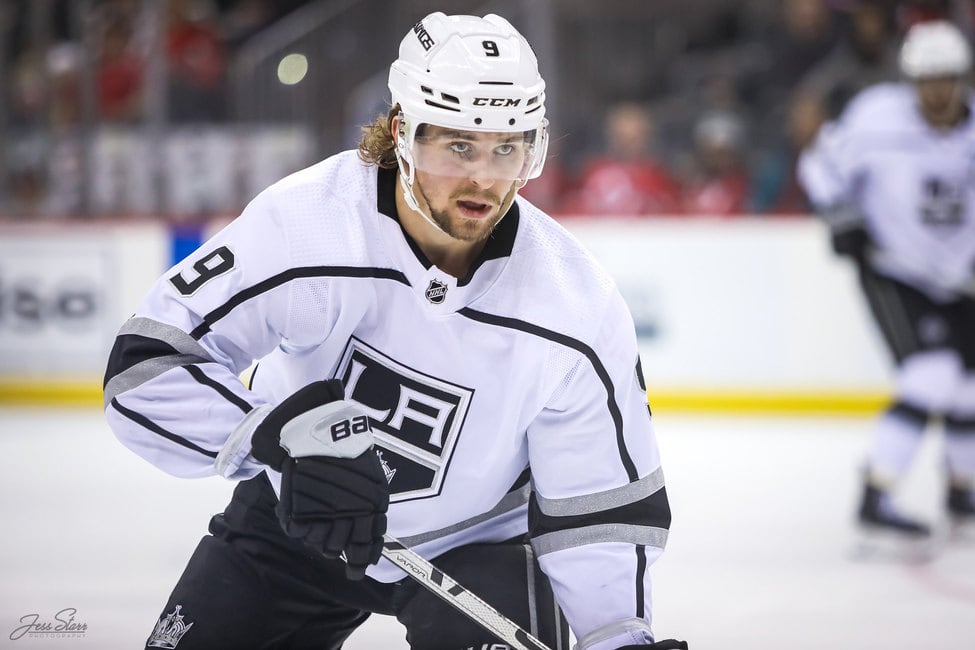 After a tough six-game losing streak, the Los Angeles Kings have now won three games in a row and look like the team fans hoped they would be. They had a good win against a St. Louis Blues team that has outscored them 10-3 this season. There were plenty of positives to take from this game and a few negatives. Here are three takeaways from the Kings’ victory over the Blues.

A big concern this season has been the Kings’ lack of production outside of their top line, or more specifically, outside of captain Anze Kopitar. The first line was pretty bad in this game, getting heavily out-shot, out-possessed, and out-chanced. The fourth line also struggled, but Arthur Kaliyev’s rocket of a goal in the third period was crucial. That’s what Kaliyev brings to the lineup, the ability to score a great goal even when he and his line aren’t playing their best. It’s a skill the team has been lacking for a while now. He’s still a work in progress but showed why he is in the lineup.

The second and third lines were magnificent throughout. The third line played a fast and direct game that kept the Blues on their heels, pushing the pace of play all night. Carl Grundstrom looked good, and Rasmus Kupari continues to impress. This should be a breakout season for Kupari, and I couldn’t be happier for him. This line’s continued stellar play, along with a goal from the fourth line, is drastically different from what we saw from the bottom-six in the first six games. They are a big reason why the Kings have won three straight.

Related: Kings’ Top-6 is Amongst the League’s Best

By far, the most impressive line was the second. They’ve been playing great all season but couldn’t convert until recently. With four goals at 5v5 in their last four games, they’re finding their finishing touch. This is huge for the Kings as it relieves the pressure to produce off Kopitar and the top line.

Adrian Kempe and Alex Iafallo were both fantastic in this game. Both players look much more confident offensively than we’ve seen from them in the past. Iafallo, especially, is showing a new offensive touch. Their goal against the Blues was off an excellent play that wonderfully displayed the line’s skill and tenacity. Kempe grabbed an important goal and looked incredible in overtime. This line’s recent production is exciting for the Kings and will play a pivotal role in their push for a postseason return.

The last two games gave fans hope that the Kings’ power play was adjusting to life without Drew Doughty and Sean Walker, but this game proved there is still work to be done. Granted, the Blues have been very difficult to score on this season with the second-best penalty-kill percentage in the league. However, it was still tough to watch LA’s power play struggle through this game.

They only had one real chance – a rebound Iafallo poked away from Blues goaltender Jordan Binnington – and created almost nothing else. They were 0-4 with the man advantage and, at times, could barely sustain zone time. Struggling against one of the league’s best penalty kills isn’t the end of the world, but the power play still needs work.

The Kings have now won three games in a row and are playing great. Fans were starting to sour after the team’s 1-5-1 start, but the mood is brighter after this win. There was some concern that their previous two wins were thanks to weak opponents, but this game proved they can play with and beat some of the league’s top teams. It’s nice to see the Kings get rewarded for good play, as a poor finish has undermined some good performances early on.

If they can string together a few more wins as they did against the Blues, they’ll be back above .500 and trending in the right direction. Despite missing key players due to injury and COVID protocol, the Kings are still playing great and winning games. Good teams find a way to win close games, and LA has done that twice in a row now. At 4-5-1, there’s still plenty of work to do, but with players returning soon and secondary scoring picking up, things are looking good for the near future.