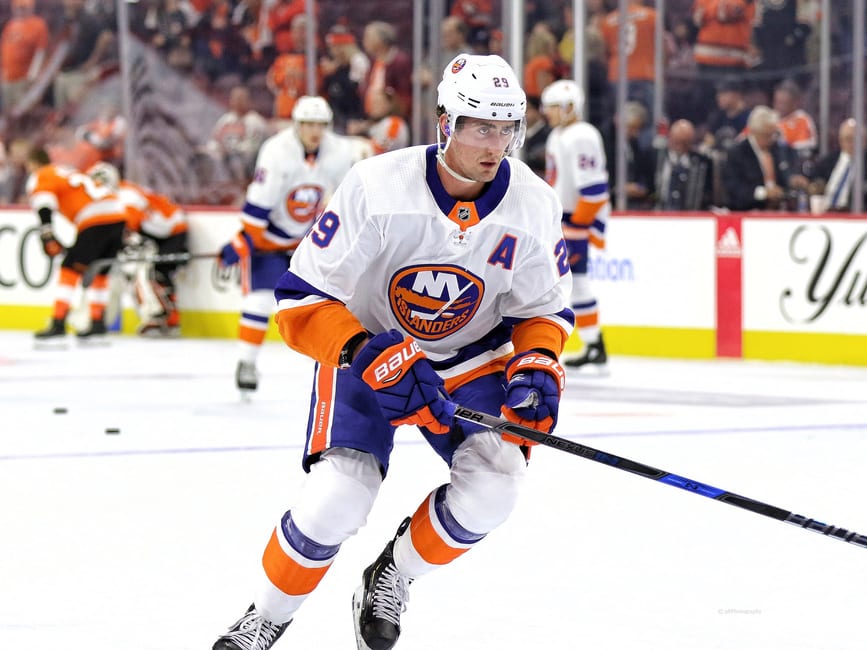 The New York Islanders returned to the win column with a decisive 6-2 victory over the Montreal Canadiens. It was a much-needed win following a tough shootout 3-2 shootout loss to the Nashville Predators and a reminder of how the team will be successful this season.

The Islanders allowed the defense to step up the offense, especially with turnovers in the neutral zone. The forwards were aggressive and forced turnovers with the forecheck, resulting in a multitude of goals. Ultimately, the win against the Canadiens was the best performance in the early part of the season and head coach Barry Trotz has a lot of positive notes from the Islanders’ play throughout the roster.

Brock Nelson was the star of the night with a four-goal performance, the first from an Islanders forward since Kyle Okposo in 2015. Nelson found the back of the net in a variety of ways in the game whether it was a backhand shot off a centering pass from Anthony Beauvillier or off a rebound near the net but the way the entire offense played in the game stood out and proved how potent the Islanders’ forward unit can become.

The Islanders scoring six goals was already impressive enough but throughout the game, the forwards were in control. All four lines established an offensive zone presence, creating turnovers and pressuring the Canadiens defense while also finding open skaters near the goals with strong centering passes which resulted in Jean-Gabriel Pageau’s first goal of the season. For an offensive unit that was only scoring 2.43 goals per game prior to the matchup against the Canadiens, the puck movement and scoring opportunities were great to see.

Ilya Sorokin has started every game in the net for the Islanders and after the recent performance, he might be the starter even when Semyon Varlamov returns to the lineup and play in the majority of the 82 regular-season games. Varlamov is a great goaltender and is coming off a season where he had a .929 save percentage and a 2.04 goals-against average on 1020 shots but Sorokin has played great in the recent games and the performance against the Canadiens was a statement that the 26-year-old goaltender can remain the starter moving forward.

Sorokin allowed two late goals in the third period but was otherwise dominant in the net, saving 36 of the 38 Canadiens shots. Moreover, Sorokin was unfazed by the initial pressure the Canadiens offense applied where they found scoring chances and fired shots through traffic and looked poised to find the back of the net early on in the game, yet the 26-year-old goaltender shut them out through the 55 minutes of the game.

The Islanders had a great overall performance, controlling both ends of the ice and all three zones. However, it’s important to keep in mind that they took advantage of a Canadiens team that is struggling immensely this season, winning only three of their first 12 games, and is dealing with a surplus in injuries entering the game, including Jonathan Drouin being out for the game after leaving Tuesday’s game early. The Islanders won a game that they needed to and found favorable matchups in the offensive zone but have to take the result with some skepticism as it came against one of the worst teams in the league.

Oliver Wahlstrom scored his fifth goal of the season and until Nelson piled on the goals, led the Islanders is scoring. Wahlstrom has emerged as one of the best scorers in the forward unit with one of the most accurate shots on the team and the top-shelf shot off of goaltender Jake Allen highlighted the skill of the 21-year-old forward. The Islanders have a lot of momentum as they face the Winnipeg Jets and Minnesota Wild on back-to-back nights and will hope to continue to add wins and climb the Metropolitan Divison standings.

Mike Fink joined The Hockey Writers in November 2020 and covers the New York Islanders for The Hockey Writers, a team that has turned themselves into legitimate cup contenders with Barry Trotz as the head coach. In addition to covering the Islanders, Fink has written for multiple sports blogs and platforms since graduating college in September 2020.