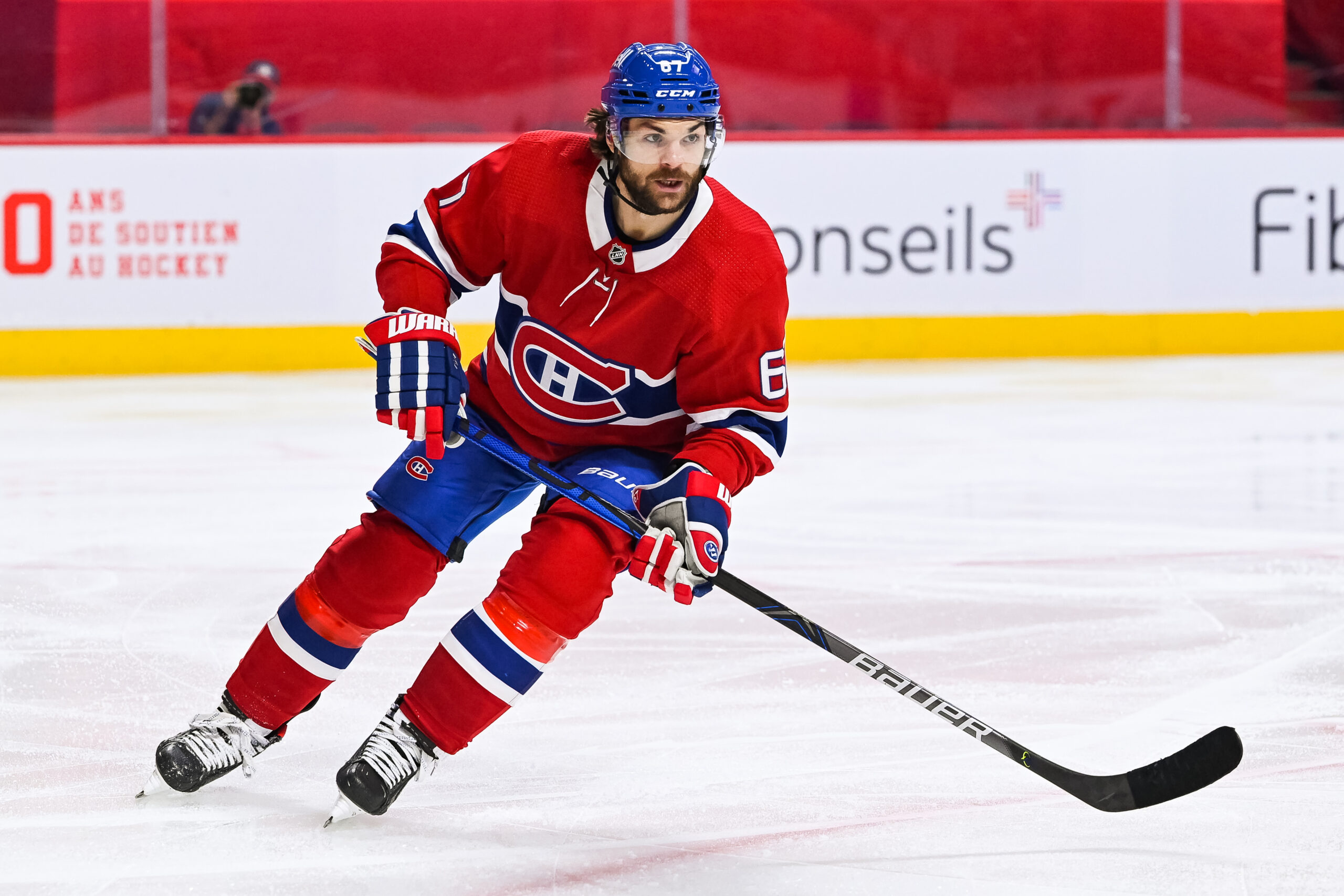 Once a solid full-time NHL player, Michael Frolik’s career didn’t seem at all done, even after one bad season split between the Calgary Flames and the Buffalo Sabres. His game started to shift from some offensive production to a more defensive role, playing in shorthanded situations and deeper tasks.

He came out and said everything that the Montreal Canadiens did wrong during his time there in an interview with TVA Sports.

Sequence of Events That Ended With Frolik Playing in Europe

The Canadiens handled the signing and interactions with Frolik very poorly once they signed him for a one-year deal in 2020-21 at $750,000. For a veteran player that can prove the team with some depth scoring at this point in his career while also excelling on the defensive side of the game, at the very least, he could have been a part of the 23-man roster and gotten into games. The problem was that the Canadiens managed their cap very poorly, and they had to set their opening night roster at 21 players. That left room for one extra, and the team didn’t have too many injuries last season in order for Frolik to get the call earlier than game 32 of the season.

Frolik was thrown off guard, and neither he nor I really see the Canadiens’ logic behind the way things played out in Montreal.

“It was an extremely difficult year for me. In fact, I still don’t know why the Canadiens signed me. When it was offered, I was under the impression that there would be a spot waiting for me. But they signed Corey Perry right after. I already knew that the team was tight in terms of the salary cap, so I thought to myself: “oh, this is not good”.”

Yes, the team was tight on cap space, but a $750k contract wasn’t going to break the bank. For the value Frolik provided for that amount, they could have at least kept him around and used him when the team was struggling at times during the season. They definitely could’ve used someone with a defensive mindset during the regular season when it seemed like the team just couldn’t keep pucks out of their net.

The Canadiens placed Frolik on waivers along with Perry, but Perry was the one that immediately returned to the lineup. Frolik was left in limbo, spending a ton of time on the taxi squad and only playing in two games for Laval of the American Hockey League. In total, he played 10 games. For a player who played 850 in the NHL before the season had started, this was not the way anyone envisioned the season going for him.

“Then it was the beginning of an endless cycle. A player was injured, then someone was recalled, but it was never me. I often went to the coaching office to plead my case, but I was constantly told I was not playing because of the salary cap. That was all they knew what to say, it seems. I said to them: “okay, but if that’s the case, trade me.” They didn’t want to hear anything. I can tell you that I’m angry with the Canadiens, no one likes to be left behind constantly. The team has completely put an end to my NHL career.”

The situation was handled very poorly, and with this information coming out, it will put a stain on the Canadiens and general manager Marc Bergevin for future depth signings or players looking to rejuvenate their careers in Montreal. Frolik was not wrong in the statement regarding the Canadiens putting an end to his NHL career. With only eight games of action in the NHL later in the season, he wasn’t able to showcase much of his abilities or what he could bring to the table. That, immediately, lowers his stock and takes him off of many teams’ radars.

Frolik was able to get a professional tryout in St. Louis this season, but that didn’t end with a contract. Rather, James Neal got a deal based on his impressive training camp. Frolik signed a two-year deal with Lausanne HC of the Swiss-A league in Switzerland, and the Czech native may very well end his professional career overseas.

Frolik’s Career Before the Canadiens

Frolik never believed that he would play 850 games in the NHL, but as the years went on, 1000 games were realistic, and he had hoped to reach that. It was disappointing to him that he thinks the Canadiens are who played a major part in not allowing him to reach that impressive career milestone.

Frolik is a five-time 40-point scorer and lined up on the second line beside Mikael Backlund in Calgary, playing the role of shutting down opposing stars. He was more known for his defensive abilities, but he also scored at least 15 goals in a season on six separate occasions. Frolik’s underlying metrics were positive, and analytically, he was a good player to have out on the ice. His career Corsi (shots + misses + blocks) and Fenwick (shots + misses) were both 52.8 percent at even strength, with over 50 being above average. This means that his team controlled the puck much more often than not when he was on the ice, and in turn, that means more chances in the offensive zone and less in the defensive zone.

And it’s worth mentioning Frolik wasn’t the luckiest of players, which is tracked by the “luck” stat, PDO. It is the value of the team’s shooting percentage plus the team’s save percentage while he’s on the ice. 100 is the average and what most players generally revert to throughout their careers. Frolik was 99.3 over the course of his career and only above 100 once in the past six seasons. In Montreal, over the eight games he got into, he had a 91.7 PDO, very unlucky and possibly a cause for his lack of numbers.

As of now, Frolik ended his NHL career with 159 goals and 384 points over 858 career games, a very solid career and one he should be proud of. A return isn’t out of the question, but you can guarantee it won’t be with the Canadiens.

Rob Couch is a THW freelance writer covering the Edmonton Oilers and Philadelphia Flyers. As a fantasy hockey veteran, he will be informing you on the best weekly options for your matchups to begin the week and mid-way. He will also keep you in the loop for weekly news and updates on the Oilers & Flyers.

You can find more of his work on Kraken Chronicle as well as The Faceoff Hockey Network. Or check out some interesting articles here.