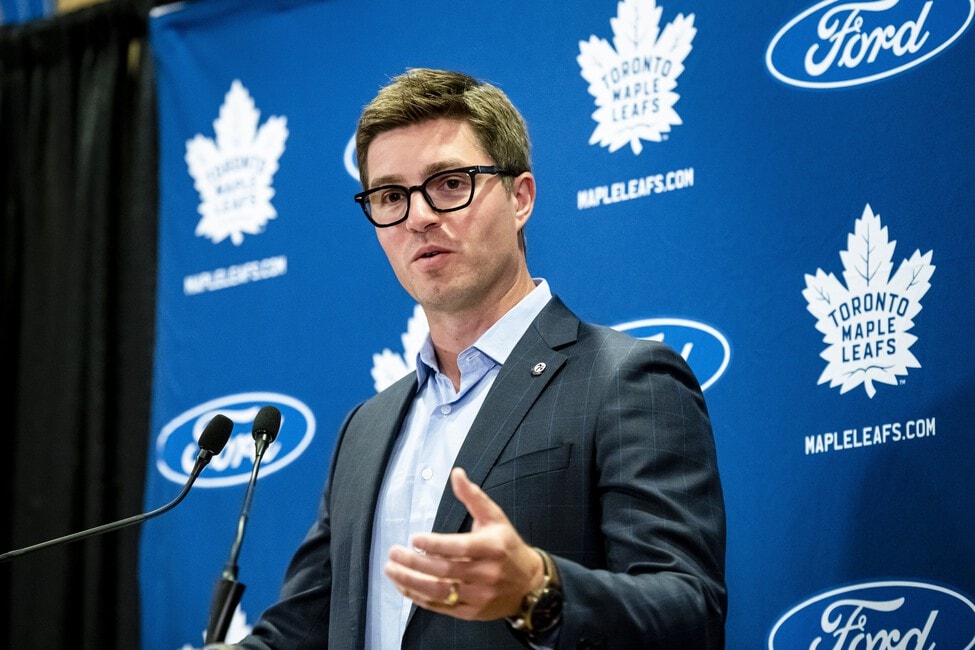 It’s no secret that Toronto Maple Leafs general manager Kyle Dubas likes to try his hand at reclamation projects. We’ve seen it in recent years with players like Alex Galchenyuk and Jimmy Vesey. Sometimes it works, and sometimes it doesn’t. The latest player Dubas brought to Toronto to try and turn his career around is Josh Ho-Sang.

A first-round pick of the New York Islanders in 2014, Ho-Sang was touted as arguably one of the most raw-talented players in his draft class. But through six seasons in the Islanders organization, the Thornhill native never found his footing with the team. He played 53 NHL games between 2016-17 and 2018-19, tallying 24 points.

After a quick stint in Sweden with Orebro HK and Linkoping HC, Ho-Sang’s contract with the Islanders expired and he signed a professional tryout (PTO) with the Maple Leafs. And after an impressive training camp and preseason, the Maple Leafs signed him to a one-year AHL contract. It was a reward for his play during training camp and an opportunity to familiarize himself with a new organization without the pressure of playing for the Maple Leafs right away.

So far, Ho-Sang has looked amazing in his short AHL stint. In eight games, the winger has six goals and seven points, good for second on the team in scoring behind Kirill Semyonov. And since the Maple Leafs have gotten off to a start below their standards, the question of when the big club will finally take a chance on Ho-Sang at the NHL level has started to present itself.

But the Maple Leafs should not be in a rush to call up Ho-Sang for a couple of reasons.

Marlies’ Ho-Sang is Happy Where He Is

In similar pieces to this one, I typically wouldn’t use the players’ thoughts on where they should be playing to support my argument. But in this case, it’s different. And Ho-Sang’s answer isn’t one you would expect from a player looking to carve a new path to the NHL with a different team.

In an interview with Nick Barden of The Leafs Nation, Ho-Sang was asked if his goal was to get himself into the Maple Leafs’ lineup. To that, he said he was happy playing where he was. He also said that if the Maple Leafs needed him eventually, he would be happy to serve them. But he’s at a point where he’s happy doing what he’s doing, just playing hockey and working on his game.

The term “misunderstood” has been thrown around quite a bit in reference to Ho-Sang. But he’s not misunderstood by Toronto. And he’s expressed gratitude towards Dubas and the rest of the Maple Leafs organization for the way he’s been treated since they brought him in on a PTO. For a guy who’s had the path Ho-Sang has had, the last thing the Maple Leafs should do is rush him back to the NHL. This is especially true when the team doesn’t necessarily need him and he’s happy working on his game where he is.

Maple Leafs’ Ho-Sang Would Need to Pass Through Waivers

Because of this, the Maple Leafs must save Ho-Sang’s NHL debut for when the time is right. It’s essentially a one-shot deal with him, and the team has to ensure that he’s ready before he hits NHL ice for the first time in almost three years.

If they were to call him up tomorrow, per se, and he underperformed at the NHL level, all of a sudden, the Maple Leafs would find themselves in a position where they’d either have to keep him with the big club and waste him on the bench or send him down and risk losing him through waivers.

And seeing the work Ho-Sang has put in and the dedication the Maple Leafs have shown to getting him back to form, losing him for nothing would be one of the last outcomes either party would want.

Maple Leafs Have Other Call-Up Options

Injuries are going to happen, and eventually, forwards who are underperforming will lose their jobs one way or another. And in the event that either of these happens, Ho-Sang isn’t the only option the Maple Leafs have to fill the void.

Joey Anderson, who the Maple Leafs acquired in a trade with the New Jersey Devils prior to the 2020-21 season, has some NHL experience and could slide into a bottom-six role. He already cleared waivers once this season and wouldn’t have to clear them again unless he remained with the team for either 10 games or 30 days.

Then, you’ve got options like Semyonov, who the Maple Leafs signed to a one-year entry-level contract. As mentioned above, Semyonov is leading the Marlies in scoring and could fill that same bottom-six role. Or, they could even consider somebody like Alex Steeves. Steeves was signed to an entry-level contract out of the University of Notre Dame in March 2021 and is off to a sizzling start with the Marlies with five goals and six points in four games.

The point here is that the Maple Leafs have guys who can act as placeholders should injuries happen. Ho-Sang, as deserving as he is of a call-up, is a bit of a different case compared to the players I just mentioned. Of all the candidates to be recalled, Ho-Sang has the potential to reap the most rewards, but players like Steeves, Semyonov, and Anderson would do just fine filling the gap.

Maple Leafs’ Must Wait Until the Time is Right

Let’s face it. Every Maple Leafs fan wants to see Ho-Sang in the lineup, and everybody is rooting for him. But if they want to achieve the best results for him, they must wait until the time is right for both parties before they give him the nod. It doesn’t matter whether that’s in December, in the new year, or even after the trade deadline.

As a former first-round pick, Ho-Sang clearly has the talent to play in the NHL. And this talent has been on full display to start the AHL season. But much like they did with Galchenyuk in 2020-21, the Maple Leafs must only recall him once they have a spot ready for him and a spot that sets both him and the team up for success. The Leafs have somebody who could become a legitimate contributor for them down the stretch, and they shouldn’t rush him into that position.

Alex Hobson is a third year broadcasting student at Niagara College. He has been writing about sports since 2005 and has been with The Hockey Writers since October of 2020. He covers the Toronto Maple Leafs, World Juniors, and the NHL Entry Draft, and is also part of the Sticks in the 6ix Podcast, presented by THW. He also makes weekly appearances on THW’s Maple Leafs Lounge Roundtable. For interview requests or any other inquiries, you can follow Alex’s social media pages listed at the bottom of his articles like this one.