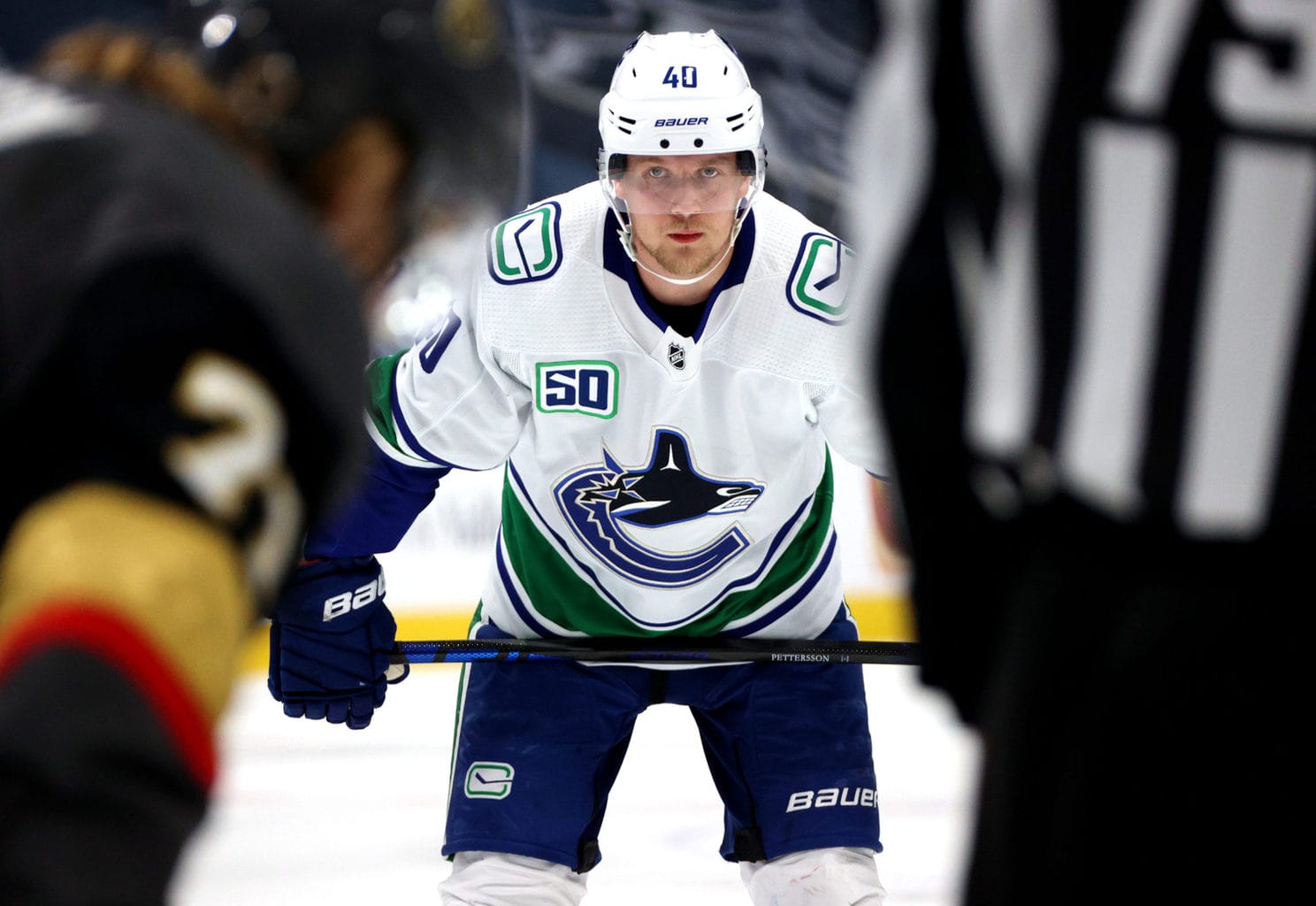 The Vancouver Canucks are coming off an embarrassing 7-1 loss to the Colorado Avalanche where they allowed the first goal for the 12th time in 14 games and were down 3-0 before the game was 12 minutes old. After a mediocre seven-game homestand that saw them go 2-4-1, they will now try to pick up the pieces following yet another disappointing effort. They now travel to one of the hardest places to play in, Vegas. The Vegas Golden Knights are on a two-game winning streak and are four points ahead of the Canucks in the standings.

The last time these two teams met was in the Edmonton bubble during the 2020 Playoffs when Thatcher Demko almost single-handedly carried the Canucks to the third round on Sept. 4, 2020. It’s hard to believe that was over a year ago. The Golden Knights managed to halt the 3-1 series comeback with a 3-0 victory that saw Robin Lehner walk away with a rather easy 14-save shutout. It’s now a new season with several new players on both sides. Let’s take a look at some storylines for both teams in this early-season matchup.

After losing key penalty killers Tyler Motte and Brandon Sutter to injury and Jay Beagle, Loui Eriksson, Antoine Roussel, Nate Schmidt, and Alex Edler to trade and free agency, the Canucks have struggled to stay afloat when down a man. 14 games in, they have allowed at least one power play goal against in 11 of the 14 games and have not blanked a power play unit since Oct. 19 versus the Buffalo Sabres. They have also allowed two power play goals in five of the last six games. It’s no wonder they are losing games and find themselves dead last in the NHL with a dreadful penalty kill that reads 62.8 percent.

To go along with the Canucks struggles on the penalty kill, they also can’t seem to start games on the right foot. They have not scored first since Oct. 21 versus the Chicago Blackhawks, which is now nine games ago. In total, they have only scored first twice in 14 games, not exactly a recipe for success in the NHL.

First periods also continue to be a point of concern for the Canucks, as they have only scored five goals in the opening frame. Guess what? Like their penalty kill, that is also last in the NHL just behind the Arizona Coyotes, Columbus Blue Jackets, and surprisingly, the Tampa Bay Lightning. If they hope to climb out of this early rut, head coach Travis Green has to get his troops motivated to start games fast and hungry for goals. It should never be okay to start sluggish, even if you have had success coming back from it in the past.

Right Side Depleted with Schenn, Poolman and Hamonic Out

Joining Luke Schenn (lower-body) and Travis Hamonic (vaccination rules) on the reserve list will be Tucker Poolman. Well, at least for the next two games anyway. On Friday, he was suspended by NHL Player Safety for swinging his stick at the head of Avalanche forward Kiefer Sherwood. Now without the services of three right-side defencemen, including two that usually play with Quinn Hughes, Kyle Burroughs will be elevated into a top-four role. Brad Hunt will either play his off-side with Jack Rathbone or Madison Bowey will make his debut in a Canucks uniform after being called up from the Abbotsford Canucks on Friday.

Golden Knights Getting By Without Pacioretty, Stone and Karlsson

To say the Golden Knights are injury-riddled would be a massive understatement. They are currently without top-six forwards Max Pacioretty, Mark Stone, and William Karlsson, who accounted for 59 goals and 151 points last season. However, according to head coach Pete DeBoer, Stone could make his return tonight after missing the last 13 games with a lower-body injury.

They are also missing Nolan Patrick, William Carrier, Zach Whitecloud, and their newest acquisition, Jack Eichel. Yet, they are two games above .500 and have won their last two games by a combined score of 7-4.

Led by Chandler Stephenson, who is leading the team in points with five goals and 13 points in 14 games, and Jonathan Marchessault, who is leading the team in goals with seven, they are getting by with contributions from all over their lineup. The last game against the Minnesota Wild saw two unknowns in Paul Cotter and Jonas Rondbjerg score goals, so no one should be taking this team for granted even with their full sickbay.

Related: Golden Knights Will Be Without a Healthy Roster for a While

Rookies Stepping Up in Vegas

Injuries mean opportunities for the young guys to shine. That was certainly the case when 21-year-old Paul Cotter and 22-year-old Jonas Rondbjerg both scored their first NHL goals on Thursday against the Wild. Their linemate Brett Howden, who assisted on Rondbjerg’s goal, remembers how it felt when he scored his as a member of the New York Rangers during the 2018-19 season.

In addition to Cotter and Rondbjerg, the Golden Knights have had six players make their debuts in the NHL this season. The only other forward with points is Daniil Miromanov, but Pavel Dorofeyev, Peyton Krebs (recently traded to the Buffalo Sabres), and Jake Leschyshyn have all suited up because of the barrage of injuries. Leschyshyn leads the way with 12 games played and 11:52 of average ice time.

Like the Canucks, the Golden Knights have had troubles with their special teams. Luckily for them, it’s their power play that has struggled the most. Currently ranked 29th in the NHL with a 10.7 percent success rate, they have missed the star power of Pacioretty, Stone, and Karlsson who accounted for 13 power play goals last season. In other words, this might be the game where the Canucks finally break out of their penalty-killing doldrums and manage not to allow a power play goal against.

As for the Golden Knights’ penalty kill, it’s been up and down so far this season. Before killing off all six power plays against the Wild, they had allowed four goals in three games against the Seattle Kraken, Detroit Red Wings, and Montreal Canadiens. Before that, they had gone seven out of ten games without a goal against. With the confidence from six-straight kills combined with the Canucks lack of consistency on their power play, I am betting on the Golden Knights’ penalty kill coming out on top in this one.

Thatcher Demko has not played a full game against the Golden Knights in the regular season but has a 2-1 record in the playoffs along with a stingy 0.64 goals-against average (GAA) and .985 save percentage (SV%) to go along with one shutout.

Lines at morning skate per Brendan Batchelor on Twitter

*Stone will be a game-time decision, according to DeBoer this morning.