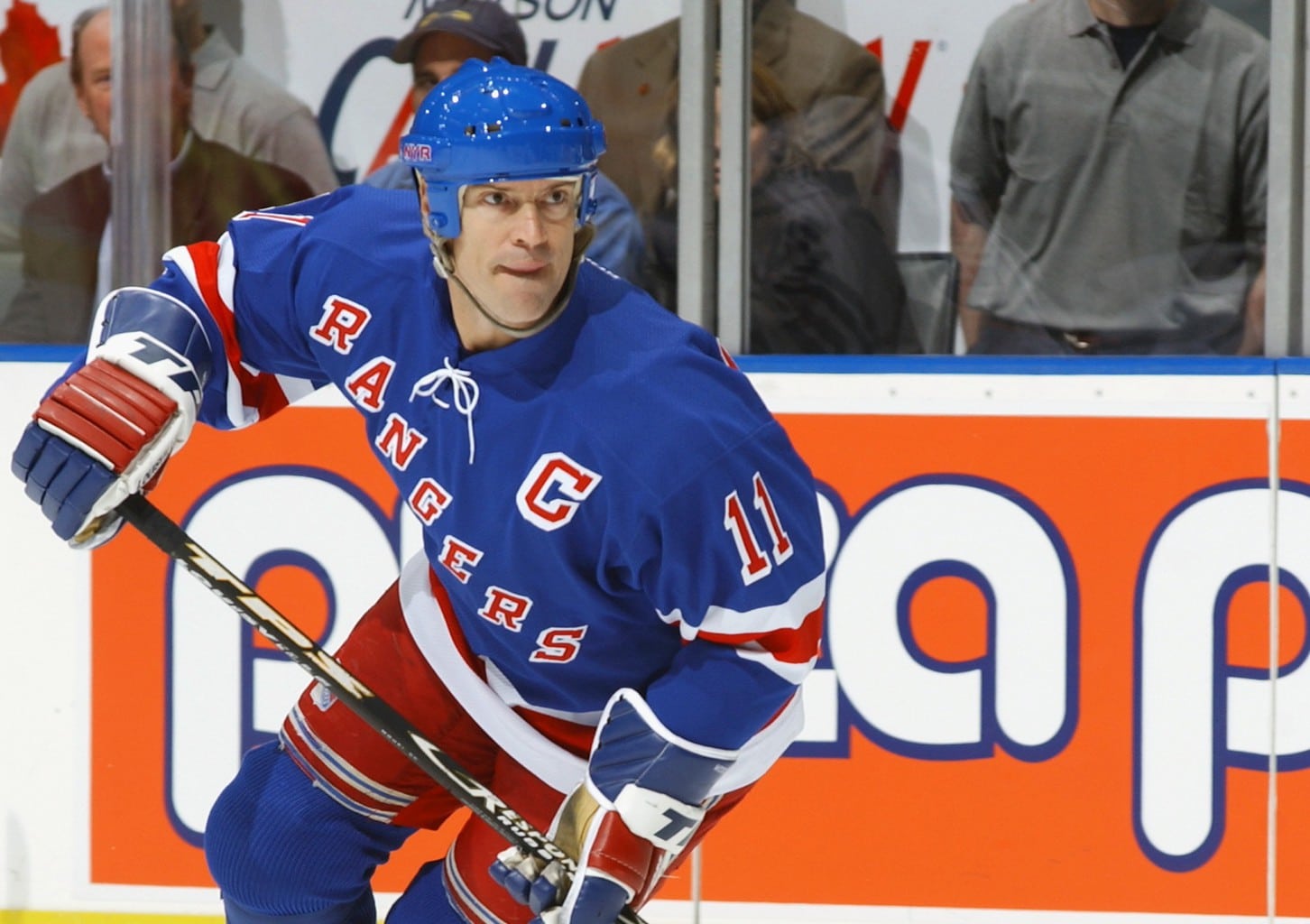 The New Jersey Devils and New York Rangers will play one another on Nov. 14 at Madison Square Garden in the first meeting this season between the Metropolitan Division rivals. The meetings between the two teams generate anticipation among the fan bases as the organizations play a short distance from one another and both are a part of the New York media market. In addition to the short distance between the two arenas, Madison Square Garden and Prudential Center, the organizations have had classic games that have intensified the competition between them. Let’s take a look at some moments over the years that have escalated the on-ice conflict between the Devils and Rangers.

The Eastern Conference Final between the organizations was an intense series that went back and forth, which resulted in a pivotal Game 7 with the winner advancing to the Stanley Cup Final. There were three games during the series that needed to be decided in double overtime with the Blueshirts winning two of them.

The Devils, coached by Jacques Lemaire, were an up-and-coming franchise with a mix of young talent such as Martin Brodeur, Scott Niedermayer, Bill Guerin, and Bobby Holik as well as players in their prime like Claude Lemieux, John MacLean, Ken Daneyko and Scott Stevens. The blend of young and veteran players on the roster proved to be significant in putting the team on the brink of advancing to its first Stanley Cup Final since the franchise relocated from Colorado prior to the 1982-83 season. The Rangers, coached by Mike Keenan, had a good core of their own with veterans Mark Messier, Esa Tikkanen, and Steve Larmer along with youngsters Adam Graves, Brian Leetch, Sergei Zubov and Alex Kovalev. The team was attempting to win their first Stanley Cup since 1940 and were mocked by rival opposing fan bases with a chant of the last year the franchise won a championship.

The Rangers’ head coach made questionable coaching decisions in Game 4 benching Messier, Leetch and pulling goaltender Mike Richter in a failed attempt to provide a spark. After a loss in Game 5, in which the Devils took the lead in the series, 3-2, Messier met with Keenan in an attempt to express his mindset with Game 6 on the horizon. Messier told Keenan to give the players a chance to win the series in order to advance to the Stanley Cup Final. The famous guarantee of “We’ll win tonight,” made before Game 6 by the Rangers’ captain, provided an extra source of motivation for the franchise as they defeated the Devils in order to force a Game 7 at Madison Square Garden. Messier’s play in Game 6 was crucial in extending the Rangers’ Stanley Cup hopes.

However, the classic series between the Devils and Rangers is remembered fondly between NHL fans and particularly the Rangers fan base. The series loss motivated the Devils as they went on to defeat the Detroit Red Wings in the Stanley Cup Final the following season, winning their first championship.

The two rival franchises met again in the playoffs on three separate occasions between 1994-2012, but the Eastern Conference Final series in 2012 was another memorable clash between the Devils and Rangers. The Devils, coached by Peter DeBoer, appeared to be heading toward a rebuild after missing the postseason the previous year and with an aging core that included Brodeur and Patrik Elias. However, the team had talented players in their primes such as Zach Parise, Ilya Kovalchuk and Andy Greene. The Rangers, coached by John Tortorella, were a Stanley Cup contender and had a good combination of veterans such as Henrik Lundqvist, Marian Gaborik, Brad Richards, Ruslan Fedotenko, and Ryan Callahan in addition to young players like Chris Kreider, Derek Stepan, Artem Anisimov, and Carl Hagelin.

The 2012 Conference Final series was still competitive between the franchises even though it did not have multiple games decided in double overtimes in comparison with the 1994 series. The series was tied at 2-2 after four games and the Devils won a crucial fifth game at Madison Square Garden, giving them the opportunity to upset the Rangers and advance to the Stanley Cup Final against the Los Angeles Kings. Game 6 was contested between the rivals and needed to be decided in overtime. Adam Henrique scored the winning goal early in the overtime period for the Devils, clinching the series for them and getting even in Conference Final series between the two teams.

The Devils fell short of winning the Stanley Cup against the Kings in the Final. The Rangers advanced to the Stanley Cup Final in 2014 but were also defeated by the Kings. Both the Devils and Rangers have had several seasons of rebuilding in an attempt to restructure their cores. However, no matter their records, expect a battle with the Metropolitan Division rivals meet.

The Devils and Rangers each have expectations to improve this season and have made improvements to their rosters with the former signing Dougie Hamilton during the offseason and the latter signing players such as Ryan Reaves to increase their physicality. Expect the rivals to renew the animosity that the players have had for one another for nearly 40 seasons this year, which will result in entertaining games for the fan bases of the teams. The organizations are both young and may be on their way to facing one another in an intense playoff series within the next season, which will rekindle the rivalry even further.

Matt covers the New York Rangers, contributes Rangers Weekly and Rangers Daily Download pieces and has previously contributed content including news and rumors articles about the Philadelphia Flyers and the Pittsburgh Penguins for The Hockey Writers. To see more of Matt’s writing, visit his portfolio. For interview and podcast requests, follow Matt on Twitter that appears at the end of his articles.