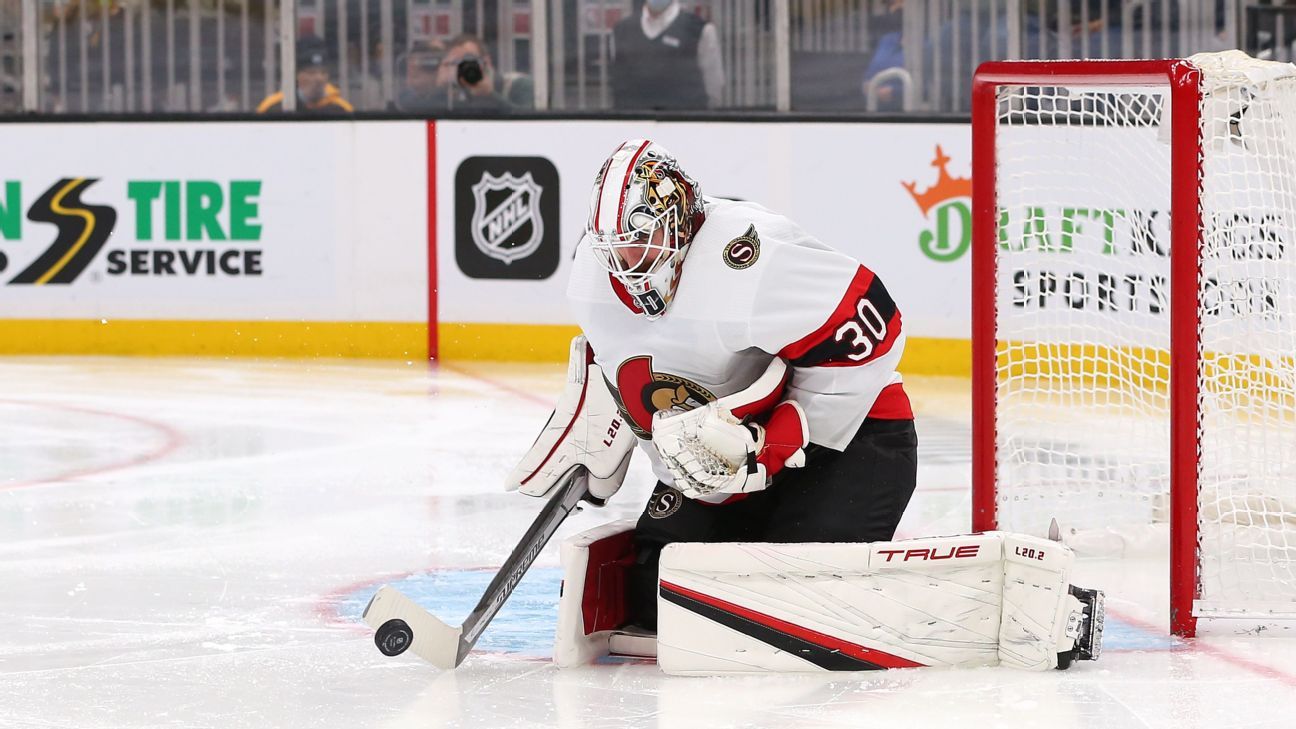 OTTAWA, Ontario — The Ottawa Senators placed two more players in the NHL’s COVID-19 protocol Thursday, hours before they were scheduled to host the Los Angeles Kings.

The Senators added forward Alex Formenton and goaltender Matt Murray to the COVID list, bringing the number of their players in protocol to eight. Murray and Formenton played Tuesday night in the Senators’ 3-2 loss at Boston.

“All you can do is try to protect yourself as much as possible,” Senators coach D.J. Smith said. “Try to wear a mask, try to distance yourself and stay inside your certain circles. But at this point it’s really tough because your circle is the group that has it.”

The Senators recalled forward Andrew Agozzino and defensemen Dillon Heatherington and Lassi Thomson from Belleville of the American Hockey League to fill the gaps in the roster.

The Senators canceled practice Wednesday for precautionary reasons after defenseman Josh Brown was placed in the COVID protocol. Forwards Austin Watson, Dylan Gambrell and Connor Brown and defensemen Victor Mete and Nick Holden also are on the list, along with associate coach Jack Capuano.

The Senators are scheduled to host Pittsburgh on Saturday and Calgary on Sunday.