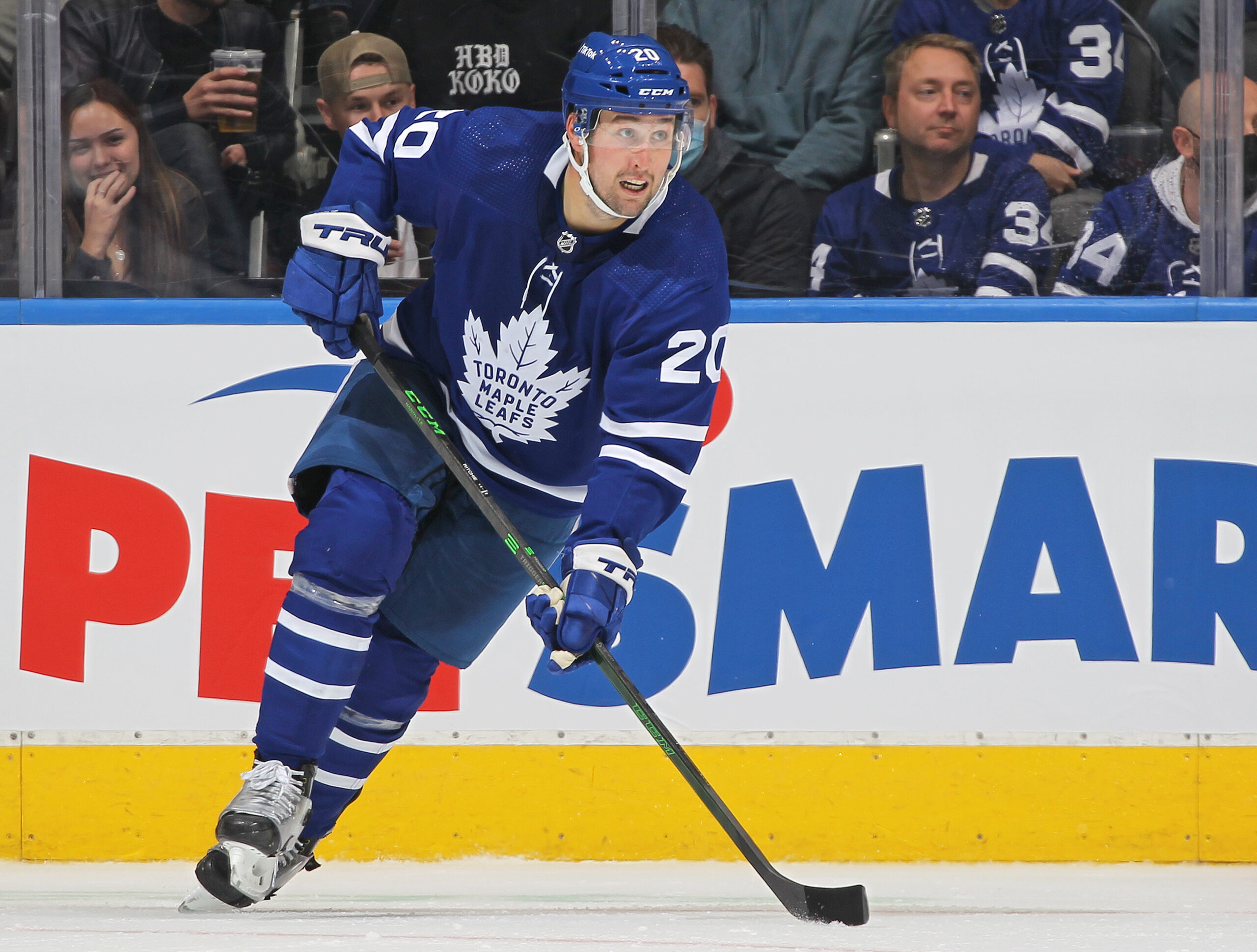 Related: Nick Ritchie Could Be the Maple Leafs’ Own Tom Wilson

Second, I’ll comment specifically about what those changes might mean to how different players engage the play on the ice.

Item One: Matthews and Marner Are Back Together

During Monday’s practice, Maple Leafs’ head coach Sheldon Keefe made changes. The biggest change was to shake up his first line. The upside of that change, for many Maple Leafs’ fans, is that Auston Matthews and Mitch Marner have been reunited.

That change, in itself, seemed inevitable. However, the biggest surprise is that Nick Ritchie was moved to the first line.

After practice yesterday, coach Keefe explained, “Obviously Ritchie, Auston, and Mitch were what we had started with [earlier this season], and it didn’t go well.” However, Keefe added, “I think that all three players, frankly, are in a different place right now with their game than where they were, so we wanted to give it another run.”

The question is not whether Matthews and Marner will function well together. History, over the past two regular seasons, suggests that’s money in the bank. The question is whether Ritchie can take advantage of another chance. Can he prosper in the team’s top-six?

Thus far, Ritchie hasn’t been able to generate any scoring at all. He has only two assists in 16 games. Much more was expected.

Item Two: What to Do with Nick Ritchie?

Since the start of the season, THW readers have had a number of suggestions about what to do with Ritchie. Most believe he should be moved to the bottom six where the pace of the game might suit his lack of speed. However, Ritchie has had some supporters, including myself. Given his history, when he first signed I thought he might provide an offensive upside to Zach “The Departed One” Hyman. It seems I was wrong.

It’s safe to say that, among Maple Leafs’ fans, much of Ritchie’s support has dried up. However, one person who continues to support him is his head coach. Perhaps that’s all that matters. We’ll see soon.

What we know is that Ritchie is a big body with decent hands who’s willing to inhabit space in front of the opposition’s goalie. Readers have suggested that Ritchie might contribute best by taking up residence in front of the net, having Marner get Matthews the puck so he can shoot, and seeing if Ritchie can pop in a rebound or two.

We’ll see. It’s obvious coach Keefe hasn’t lost faith in Ritchie as a contributor. Maple Leafs’ fans have to hope this might be a case where, when one goal goes in, the floodgates will open. For all the things that Ritchie is and is not, such a deep scoring slump is not in his pedigree.

Although Keefe did note that this change in his top-six units might be reviewed at a later date, I have to think he’s seen enough to warrant the change more permanently. Matthews and William Nylander played 10 games together in the team’s top line. Now that Marner will again partner with Matthews, that moves Nylander back to a line with John Tavares and Alex Kerfoot.

That move will change how Matthews plays. In making the change, Keefe shared the fact that neither Nylander nor Matthews had played poorly. In fact, individually, they had played well. The problem was that that they were not working as a partnership. By that, Keefe meant they weren’t creating chances for each other.

Keefe revealed that, when he “went through and … looked at the chances that Auston’s generated and the chances that Will’s generated, they haven’t necessarily involved each other. And it just speaks to how great individually that they are. But the connection hasn’t been there.”

One thing Nylander doesn’t do in the same way Marner does is to get Matthews the puck. For example, last season Matthews moved to openings around the ice and Marner found him. Nylander, except for his penchant for winding up and rushing through the neutral zoon at the opponent’s goalie, did most of his moving without the puck.

That forced Matthews to work with the puck on his stick. Not that Matthews couldn’t do it; but, it took away one of his best weapons – a potent and quickly-released one-timer off a crisp pass when he was open in the slot.

Keefe noted, “We wanted to try some different things as a team, that’s what you do throughout the season is try and get the right mix and make sure you’re utilizing different ideas. I think it’s a good opportunity now to reset things.”

What’s Next for the Maple Leafs?

We’ll see how things work out for the team as quickly as tonight’s game. The Nashville Predators come into town on a hot streak, with an 8-1-1 record in their last 10 games. I’m looking for a big game from the top line because I think this will be a chance for Matthews and Marner to show that they should play together.

I have a feeling that’s what they both want. Wouldn’t it be nice if Ritchie could score a goal as well?