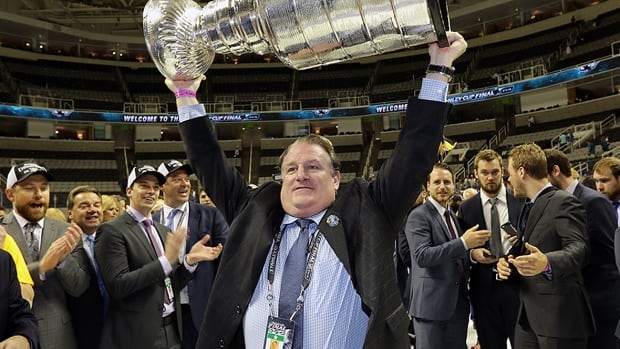 A former minor league coach in the Pittsburgh Penguins system who also had a brief NHL playing career has been indicted on multiple sexual assault charges in Rhode Island, the state attorney general’s office announced Tuesday.

Clark Donatelli, 55, of South Kingstown was indicted by a grand jury in July on four counts of second-degree sexual assault, the attorney general’s office said in a statement.

Donatelli pleaded not guilty at his arraignment last week in Providence County Superior Court and was released on $10,000 US personal recognizance. He was also ordered to have no contact with his alleged victim, identified by the attorney general’s office only as a 46-year-old woman.

He is due back in court Dec. 15 in Providence, R.I. A message seeking comment was left Tuesday’s with Donatelli’s attorney, John B. Harwood.

Donatelli is charged in connection with an alleged incident that occurred Nov 1, 2018, the attorney general’s office said. The Penguins organization earlier this month settled a federal lawsuit filed by a former minor league assistant and his wife, who accused the team of negligently retaining a coach who sexually assaulted her in Rhode Island in November 2018.

Jarrod and Erin Skalde had sued the Penguins, alleging Donatelli molested Erin Skalde during an outing with her husband along but unaware of what had happened. Donatelli was then coach of the Wilkes-Barre/Scranton Penguins, the Pittsburgh Penguins’ American Hockey League affiliate.

The NHL team said in a statement at the time that team officials took prompt action when informed of the allegations in 2019. Donatelli no longer works for the organization.

The Associated Press does not typically identify those who say they were sexually assaulted, but attorneys for the Skaldes said recently the family was fine with it because the matter had already been made public.

Donatelli is Rhode Island native who played collegiately at Boston University and played two years in the NHL for the Minnesota North Stars in 1989-90 and the Boston Bruins in 1991-92.