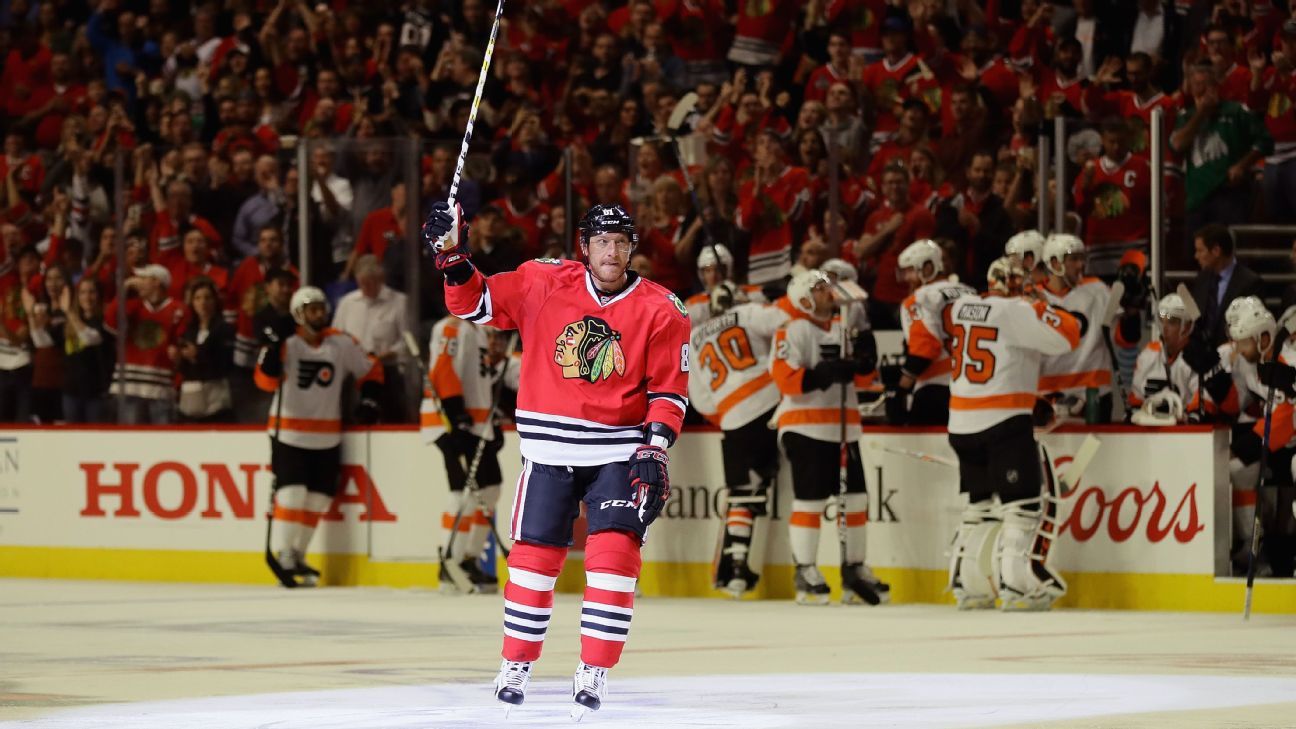 CHICAGO — Former Chicago Blackhawks forwards Eddie Olczyk, Marian Hossa and Patrick Sharp have agreed to help the team in its search for a new general manager.

Blackhawks CEO Danny Wirtz said Olczyk, Hossa and Sharp “are respected hockey minds who have great knowledge of the game.” Mike Forde, the executive chairman of Sportsology and a former executive with Chelsea F.C., also is advising the team on the opening.

“Alongside other advisors, we will use their expertise and industry-leading strategy while looking for our next general manager,” Wirtz said Monday in a statement posted on the team’s Twitter account.

“The perspective this group will provide is instrumental to this process and we are excited to have them assist the club with this important decision. We will start interviewing candidates this week.”

Wirtz, the son of team owner Rocky Wirtz, announced Wednesday that the team plans to interview candidates “both inside and outside of hockey.” Interim GM Kyle Davidson is among the candidates for the full-time role.

Davidson was elevated to the interim job after longtime general manager Stan Bowman resigned in October in the wake of a report by an outside law firm that found the organization mishandled allegations that an assistant coach sexually assaulted a player during the team’s Stanley Cup run in 2010.

The report also played a role in the departure of Al MacIsaac, another of Chicago’s top hockey executives, and the NHL fined the team $2 million for “the organization’s inadequate internal procedures and insufficient and untimely response.”

Sharp and Hossa were both key performers on Chicago’s last three championship teams, in 2010, 2013 and 2015. Olczyk, 55, began and finished his career with the Blackhawks, scoring 77 of his 342 career goals in 322 regular-season games with the team.