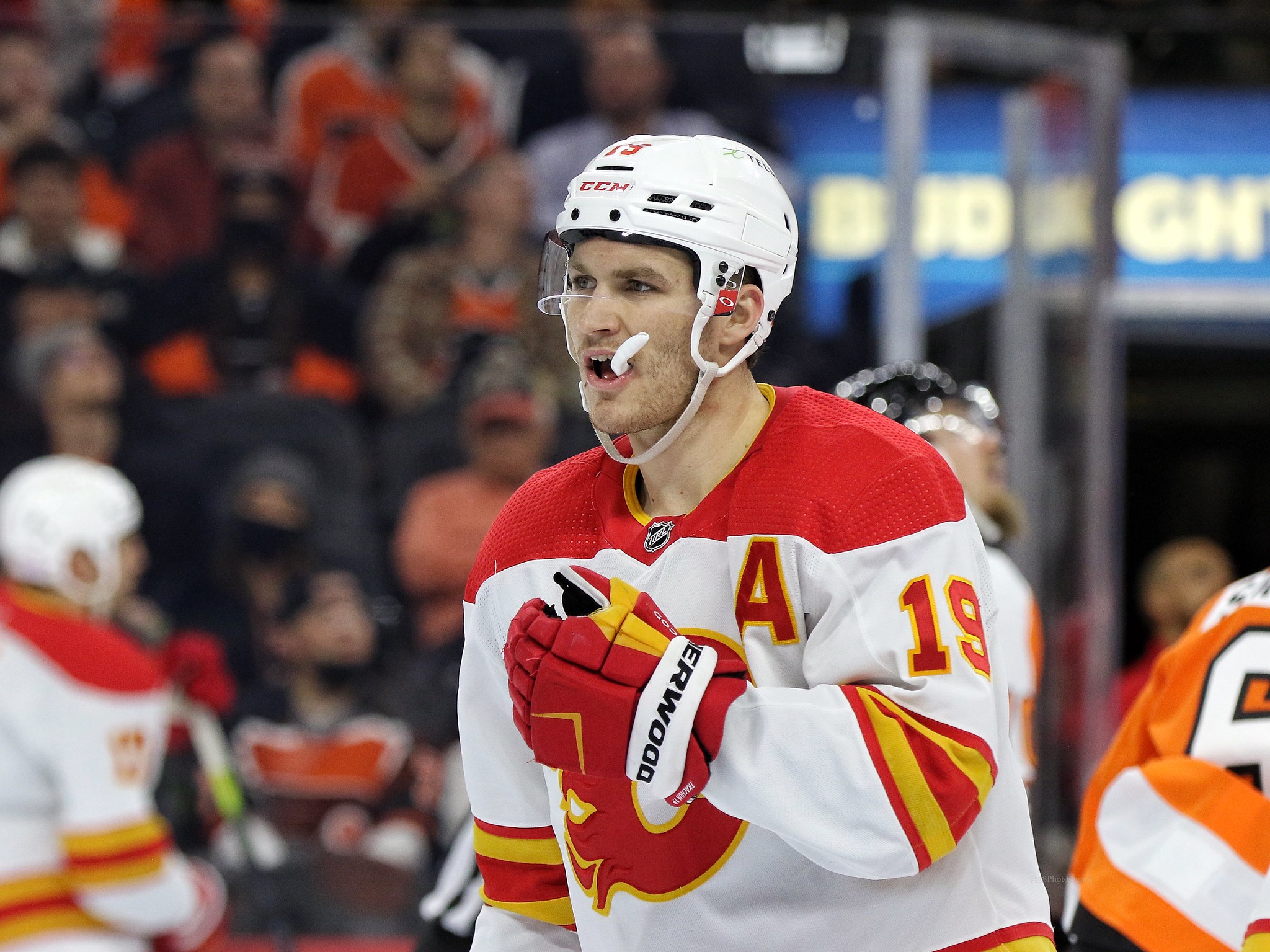 In today’s NHL rumors rundown, the Calgary Flames are looking at getting a long-term extension with Matthew Tkachuk done. What is it going to cost the team? Meanwhile, are the Pittsburgh Penguins going to find a suitable backup goaltender after Louis Domingue suffered an injury? What is the status of Jake DeBrusk in Boston and is the Colorado Avalanche really an option for Claude Giroux if the Philadelphia Flyers trade him?

A Matthew Tkachuk Deal Means What for Flames?

Jeremy Rutherford and Hailey Salvian of The Athletic examined the long-term contract plans for the Flames when it comes to Tkachuk and noted that it will cost Calgary between $9 million and $10 million annually to keep the forward in the fold. In fact, it might take $10 million as an annual average salary over eight years to get Tkachuk to agree to the deal.

The question in Calgary will be what happens with the rest of the roster if the Flames choose to commit so much money to Tkachuk? They can’t afford to keep everyone. Rutherford and Salvian write:

…the Flames have $50.2 million committed to 11 players in 2022-23, which gives them $32.3 million in cap space left to sign Tkachuk, [Johnny] Gaudreau, [Andrew] Mangiapane and still fill out the rest of their roster, ideally with improvements to make them more competitive.

That may seem like a lot on the surface, but if the Flames can’t find a way to offload one or two of their underperforming contracts in the next six months, it’s going to be a challenge to check all those boxes.

If the Flames elect not to keep Tkachuk because of the potential dominos that fall as a result, it’s assumed Tkachuk would join the St. Louis Blues one day. If the Flames do keep Tkachuk and choose to sign him this season, scribes like Steve Macfarlane of Calgary Hockey Now believe Flames management should be in “go-for-it” mode. If there are no guarantees other pieces will stick with the Flames after this season, now is the time to try and win.

That could lead the Flames to go after rentals like Montreal Canadiens defenseman Ben Chiarot or Seattle Kraken blueliner Mark Giordano.

An injury to Louis Domingue leaves Casey DeSmith as the only current backup option for the Penguins roster in goal unless GM Ron Hextall hits the NHL trade market. There are many who believe that’s exactly what Hextall is going to do. Dan Kingerski of Pittsburgh Hockey Now writes that there are a few names worth keeping an eye on.

With the parameters that any acquisition would likely mean adding someone worth less than $1 million on the salary cap, among his list of trade options, Kingerski names Jonas Johansson out of Florida, Craig Anderson out of Buffalo, Anton Forsberg out of Ottawa, and Garrett Sparks out of Los Angeles.

According to Fluto Shinzawa of The Athletic, the Boston Bruins are still having conversations about the future of Jake DeBrusk. As the NHL trade deadline nears, trade talk continues. As for what DeBrusk would fetch in return, Shinzawa writes:

Previously, the range of possible returns extended from a similarly underperforming player to a midround pick. The second source signaled he would not be quick to give up much for DeBrusk because of his inconsistency.

source – ‘What I’m hearing about the Bruins and a Jake DeBrusk trade: Why ‘no one’s ready to marry him’ despite improved play’ – Fluto Shinzawa – The Athletic – 01/26/2022

DeBrusk is owed a $4.1 million qualifying offer, something he’s unlikely to get from the Bruins. A trade is still very much a possibility.

NHL insider Elliotte Friedman was on Sportsnet radio’s Jeff Marek Show and continued to push the idea that the Colorado Avalanche are keenly interested in Claude Giroux out of Philadelphia. He noted the biggest issue is the salary cap situation but also said both sides (Giroux and Colorado) are open to the idea of making this work somehow.

As many have noted, any deal would either have to include the Avalanche dumping salary and shipping money back to the Flyers, getting a third team in on the deal to retain salary and lower Giroux’s $8.275 million cap hit, or both.