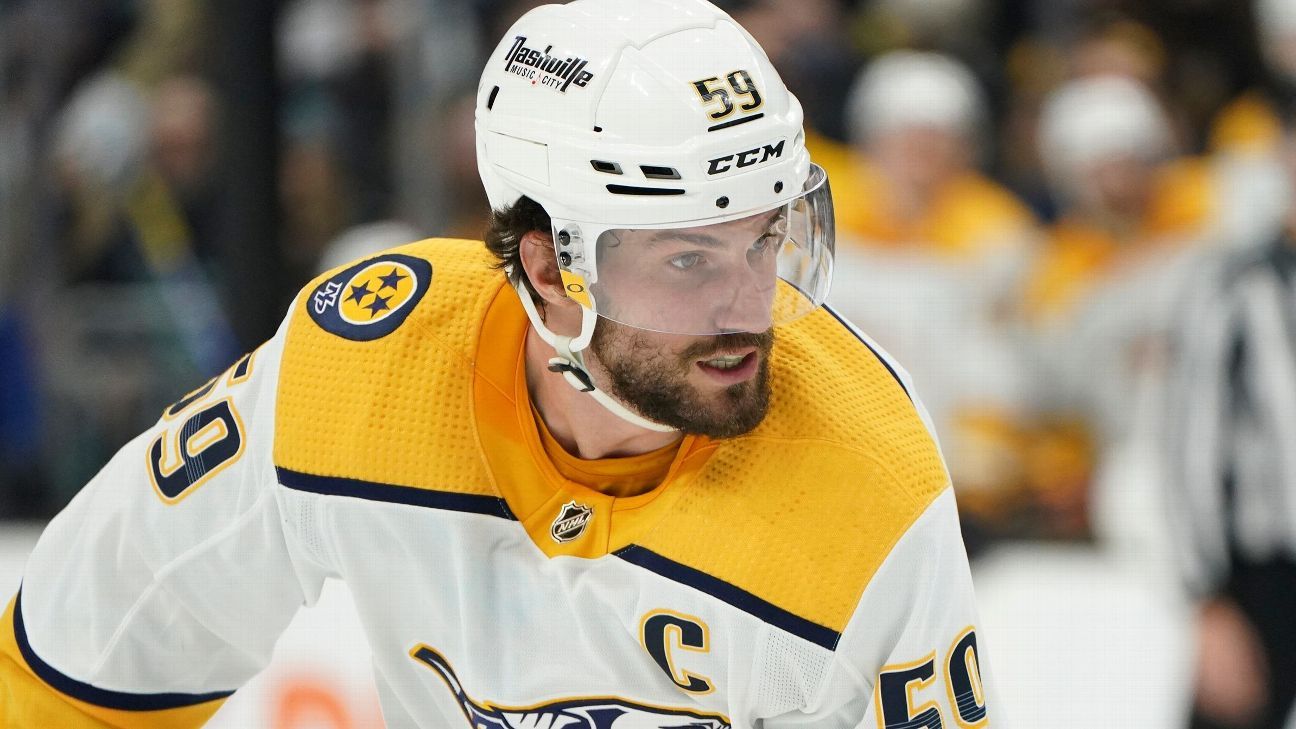 Josi, also the Predators’ captain, replaces Colorado Avalanche forward and All-Star captain Nathan MacKinnon, out with a facial fracture and concussion, on the Central Division roster. Dallas Stars forward Joe Pavelski will replace MacKinnon as the Central Division’s captain, according to the league.

Josi, who has 13 goals and a team-leading 43 points in 43 games this season, will be making his fourth All-Star Game appearance in 11 NHL seasons.

Kuznetsov replaces injured New York Rangers defenseman Adam Fox on the Metropolitan Division roster. Kuznetsov is playing in his second All-Star Game. He is second on the Capitals with 43 points and also has 13 goals in 42 games.