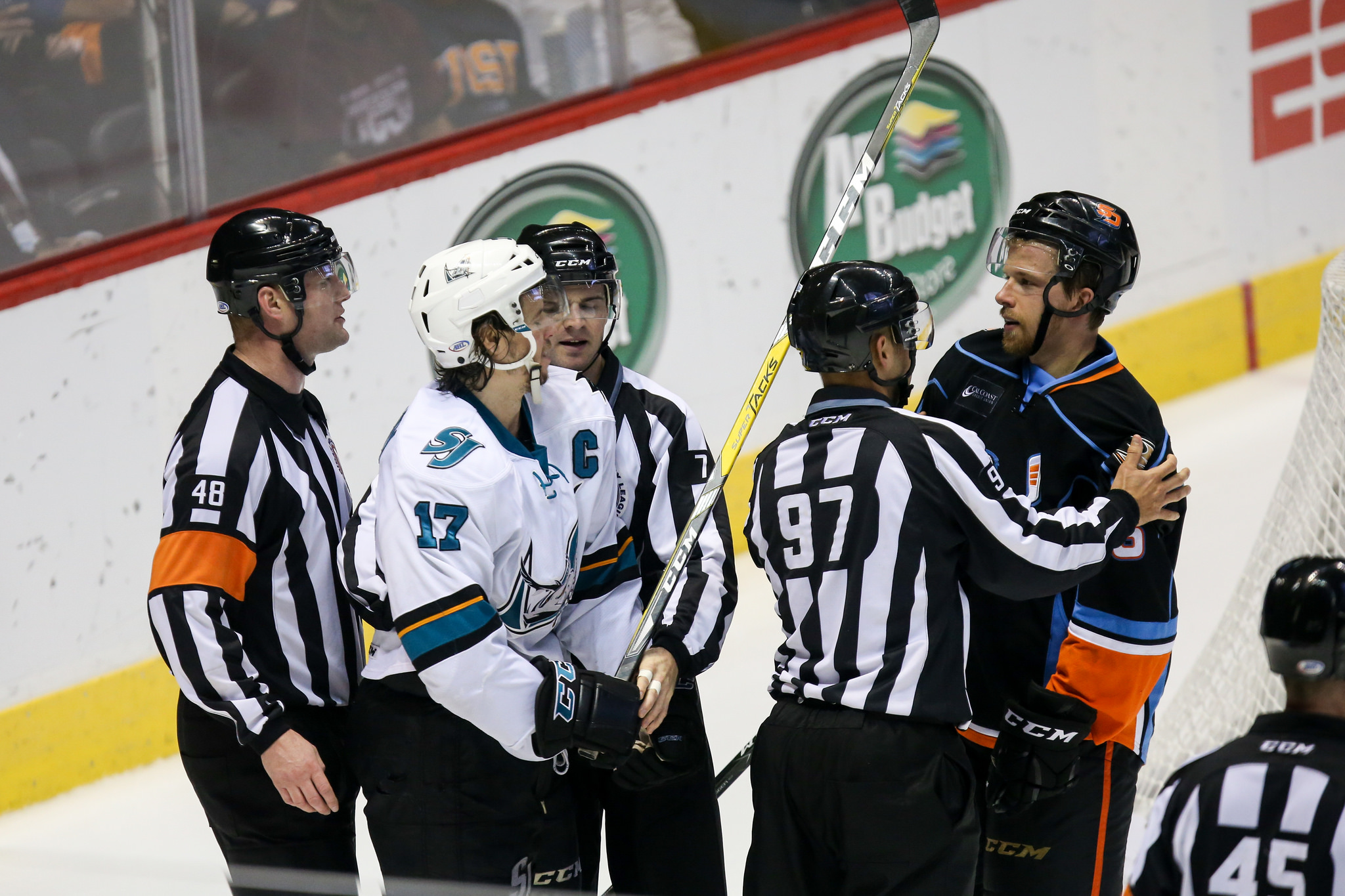 Ahead of their contest against the Pacific Division’s worst club, the San Jose Barracuda, the San Diego Gulls have struggled to put a consistent effort together. Winning just one of their last eight games, the Gulls have dealt with constant roster moves. The most recent of which saw Greg Pateryn called back to the NHL, removing a minutes-eater from the San Diego blue line.

But, they’ve won five of their last six games against the Barracuda. The San Jose Sharks‘ affiliate entered yesterday’s game looking to snap a five-game losing streak. The Bay Area squad also gives up the most goals against per game of any American Hockey League (AHL) team. In a back-and-forth contest between two teams in dire need of two points in the standings, we learned a lot about the status of the Anaheim Ducks‘ affiliate.

The Gulls do not have a standout player that carries the scoring load like many teams do. The team’s 30th-ranked offense needs contributions from up and down the lineup to be effective. Brent Gates Jr. doubled his goal total on the season when he got on the scoresheet twice. The second of which saw him hammer the eventual game-winning goal on a one-timer.

Hunter Drew, also on the San Diego fourth line, returned to the scoresheet. With a career-high seven goals and 16 points on the year, he’s continuing to provide offensive spark for the lineup. Gates Jr. believes playing within the team’s system allowed for this offensive explosion. “I’ve played in a couple different spots with this team up and down the lineup, so you know I am just really [going] to do what I can, wherever I am in the line up to try to help the team win. So, obviously yeah, trying to do the little things, but it’s nice to a get rewarded with a couple goals in game like that.”

Dostal is Key for Gulls

The 25th-ranked AHL defense allows 3.42 goals against per 60 minutes. Having allowed at least four goals in seven of their last nine games puts tremendous pressure on the team’s woeful offense late in games. While the terrific offensive support from the bottom part of the lineup proved pivotal for the Gulls, they still relied heavily on their netminder. With 43 saves on 45 shots on goal, albeit with some help from the post, he was able to shut out the Barracuda for the first and third periods.

The most impressive being the third period, where Dostal battled a 5-on-3 power play, crucial dying moments of 6-on-5, and 22 overall shots. Despite both Evan Weinger and Sasha Chmelevski putting up six shots on goal each, the Czech netminder limited their impacts.

The goaltending prospect’s crazy season has seen him on the taxi squad and slot into a few Ducks games. “It’s the reality of the Ducks’ situation with COVID and injuries and, you know, this is what the AHL is all about. So, it’s nice for him to be with us,” said head coach Joel Bouchard.

While Dostal is a large part of the unit’s success, the Gulls’ 24th-ranked power play came up huge in yesterday’s matchup. The Gulls got into massive penalty trouble early in the third period, at one point lending San Jose nearly two minutes of 5-on-3.

Yet, the Gulls were able to limit the quality of opportunity on the San Jose man advantage. The skaters were quick to drop back and limit any cross-ice passes and kept shots to the outside. The coach felt “that’s where I think the game shifted a little bit there. There were some blocked shots, there’s some investment there. Like I said, it wasn’t pretty, but I thought we had a bit of a break again… let’s see if we can get this on a roll a little bit.”

Gates Jr. thought of the 5-on-3 penalty kill as the game’s turning point. “It’s arguably bigger than a goal. Killing off any penalty you know get a little spark but a 5-on-3 you know the boys are coming together and some big blocked shots… so that at the end of the day what team wants to see and definitely sparked us for the rest of the game.”

The Gulls will have a couple days off before heading north to again face the Barracuda, this time at the SAP Center. With two games in hand on the Tucson Roadrunners, and just one spot back, the Gulls are in prime position to sneak into the seventh and final divisional playoff spot.

As the Gulls’ star netminder pointed out, “it’s a huge win for us, for the team and now, we have a little bit of a weekend. We play on Wednesday, so we’re just going to get back on Sunday and start working again and get ready on Wednesday.”

San Diego will need to provide better defensive structure and continue their offensive abilities in order to maximize Dostal’s impact on the team moving forward. What do you think of the recent Gulls’ game? Let me know in the comments!

Josh Frojelin is a young writer from the Bay Area. Josh grew up as a Sharks fan, being introduced to hockey by his father. He is now attached to his phone, waiting to hear the latest in hockey news. In addition to writing, Josh loves theatre, and his corgi Rocky.