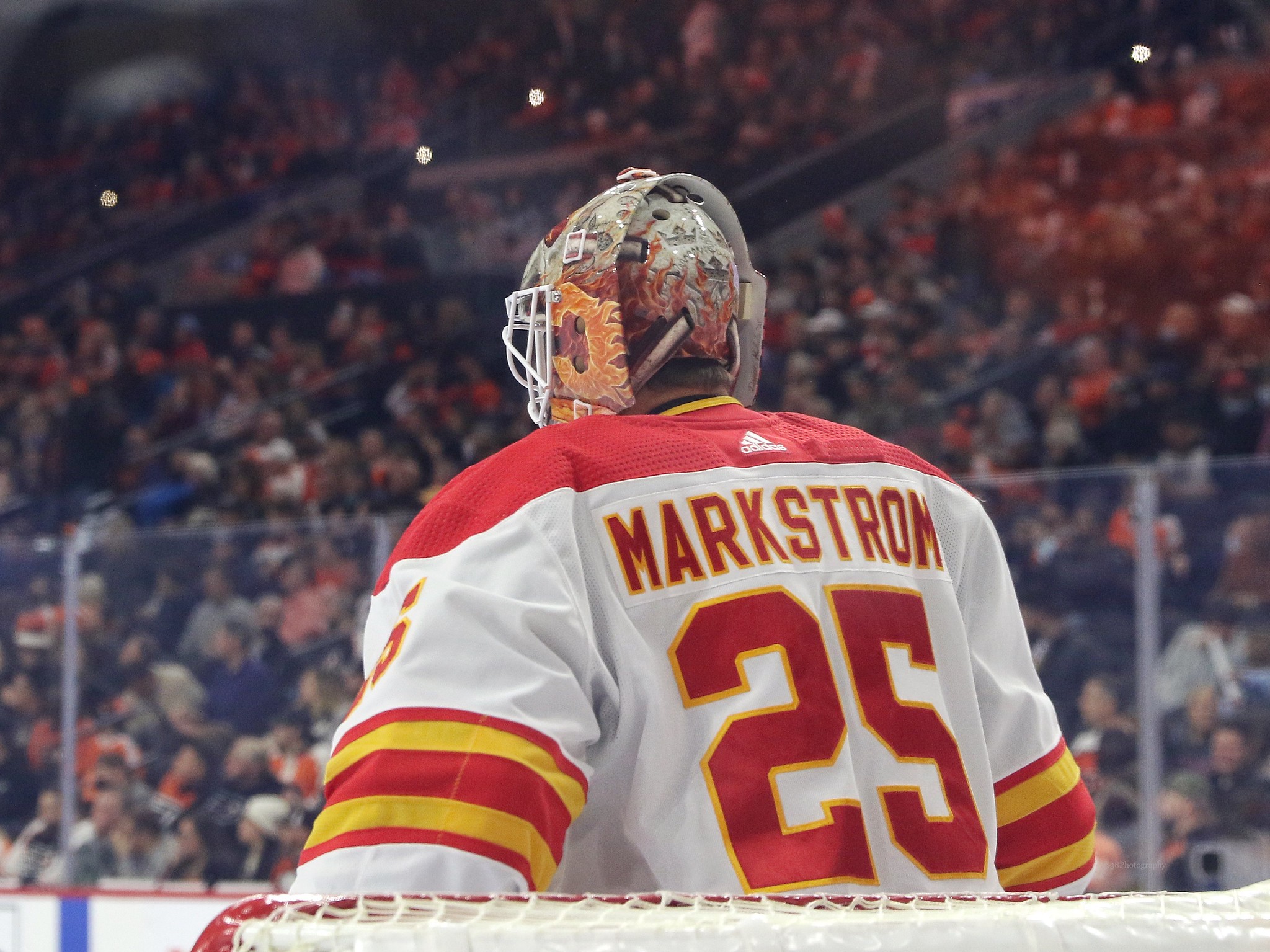 The latest edition of the NHL Stat Corner looks at the Calgary Flames getting back to shutting teams out while the New York Islanders had themselves an outburst a couple of games ago. Then we look at the continued success of the Colorado Avalanche at home and a couple of Winnipeg Jets accomplishing milestones as the team tries to get back into the playoff race. The Edmonton Oilers also begin the era under their new coach on the right note. Finally, the Detroit Red Wings’ rookies keep impressing, plus much more stats and milestones.

Jacob Markstrom recorded his 16th career shutout and eighth of the season. The Calgary Flames are the fastest team to record 10 shutouts in a season (43 GP) since the New Jersey Devils in 2003-04.

The Flames have their longest home win streak (six games) since 2015-16 (11 GP). Johnny Gaudreau and Matthew Tkachuk have combined on an NHL-best 34 goals this season.

Islander Win From Outburst of Offence

Kyle Connor is the second-fastest player in franchise history to record 300 points (350 GP), trailing only Ilya Kovalchuk (300 GP). Blake Wheeler tied a franchise record for most points in a game with five. He is the third player in franchise history to record multiple games with five points, joining Marc Savard (two) and Ilya Kovalchuk (four). Dylan DeMelo played his 100th career game.

Jay Woodcroft is the fifth coach in franchise history to win his coaching debut. In the same game, Zach Hyman scored his 100th career goal to ensure the victory.

Player & Team Stats & Milestones From Around the NHL

Not long after Boone Jenner scores one of the latest go-ahead goals in franchise history, Laine tops that for another Columbus Blue Jackets’ late-game win. Marchand is at it again, with another suspension, but will continue to play a hard-nosed game every night. While Kaprizov and Aho show their consistent goal-scoring abilities by reaching 20 again. Stay up to date with all the latest stats and milestones from around the NHL on the NHL Stat Corner.

Rob Couch is a THW freelance writer covering mainly the Edmonton Oilers and Philadelphia Flyers. He covers everything you need to know about fantasy hockey. He will also keep you up to date with the NHL Stat Corner and trade talks from around the NHL.