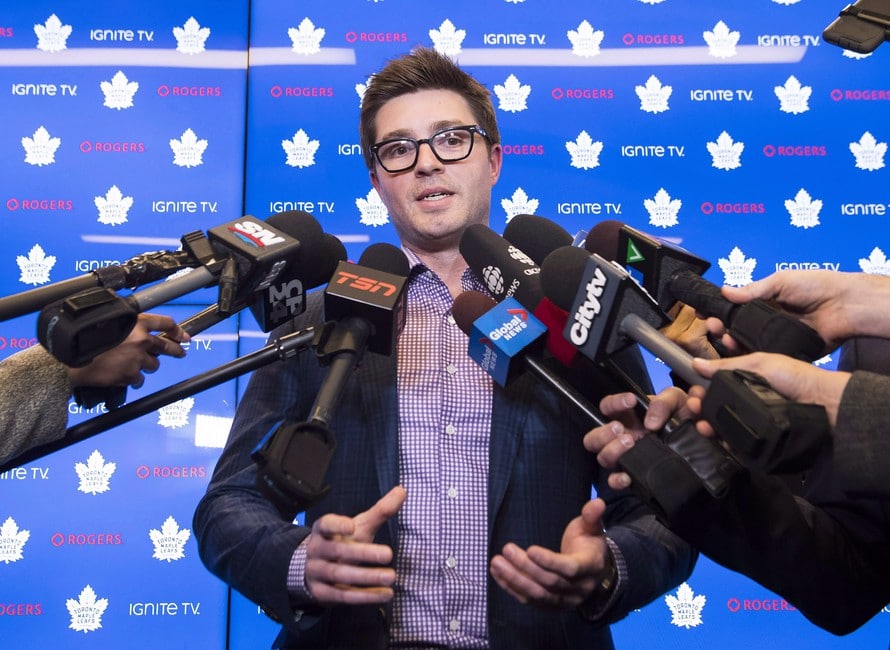 In today’s NHL rumors rundown, the Colorado Avalanche are looking to improve their team and have reached out to a few different clubs about some of their star players. Meanwhile, the Toronto Maple Leafs have said they probably aren’t going to do much before the trade deadline but could add a defenseman if they make a move. The Edmonton Oilers have been heavily scouting a couple of teams, while the Boston Bruins have spoken with Jake DeBrusk’s camp about a sign and trade. Finally, could the Vegas Golden Knights add if they fear they might miss the playoffs?

David Pagnotta of The Fourth Period was a guest on the NHL Network and noted the Avs are trying to add ahead of the NHL Trade Deadline. They’ve talked to the Philadelphia Flyers about Claude Giroux, they’ve inquired with the Vancouver Canucks about J.T. Miller and they’re one of the teams that have reached out to the Chicago Blackhawks about Patrick Kane.

The Avalanche have some expiring contracts and the money isn’t as big of an issue for next season as some might suspect. Obviously, someone like Kane coming in would mean Nazem Kadri would not be back next season. Kadri, André Burakovsky, and Valeri Nichushkin are all pending UFAs and that’s nearly $12 million coming off the books next season at the forward position.

Maple Leafs’ GM Kyle Dubas says he’s not concerned with either one of his goalies and adds that Jack Campbell has played at an All-Star level this season. He notes, “They both have shown themselves to be good goalies, and they will be.”

There was some talk that maybe the Leafs were interested in Marc-Andre Fleury, but Elliotte Friedman notes while on The Jeff Marek Show: “I don’t think Fleury is coming here, I don’t think they would trade a first-rounder for him.” Friedman goes on to ask if the best solution would be working with Campbell and fixing their defense? Dubas seems to think so.

Dubas said that the team might look at upgrading the defense if they get news on Jake Muzzin they don’t like. He notes, “Unless we get the news we don’t want on Muzz I think we’ll have just the one move left.” He adds, “I think if we’re going to focus on anything, you’re always just trying to make the team better. But I think at this time, it’s maybe more on defense.”

Friedman also says if there’s a chance some of Vegas’ injured players won’t be back before the end of the regular season he wonders if they’ll add, missing the playoffs is not an option there. This is a team that is built to win now and not making the playoffs would be unacceptable considering the pieces they continually move out each offseason to land the bigger fish.

According to Emily Kaplan of ESPN, Jake DeBrusk‘s camp has made it known that an extension could be worked out to avoid the $4.4 million qualifying offer, which has been scaring teams away from making a trade for the forward.

It’s not clear if this is a sign-and-trade scenario but more of a ‘trade for him and he’ll sign with you guys at a fair price’ type of situation. The way he’s played of late, this option might interest a few teams.

According to Jets’ beat reporter Mike McIntrye, “there were plenty of scouts slated to take in tonight’s NHL Jets game at Canada Life Centre.” He added that 10 teams had reps at the game, including scouts from: Anaheim, Arizona, Columbus, Edmonton, Montreal, Nashville, New York Islanders, Tampa, Toronto and Vegas. This is the second consecutive game that the Oilers have scouted the Jets.

It was also learned that the Oilers have been heavily scouting the Philadelphia Flyers. It was tweeted by Sam Carchidi, who covers the Flyers, that the Oilers had a scout in attendance for the third time in their last four games. Potential Philadelphia Flyers trade candidates include Giroux (not likely), Nate Thompson (inexpensive but injured forward), Rasmus Ristolainen (Flyers trying to re-sign him), and Martin Jones (veteran goaltender). The Oilers have been linked to Jones already this season.