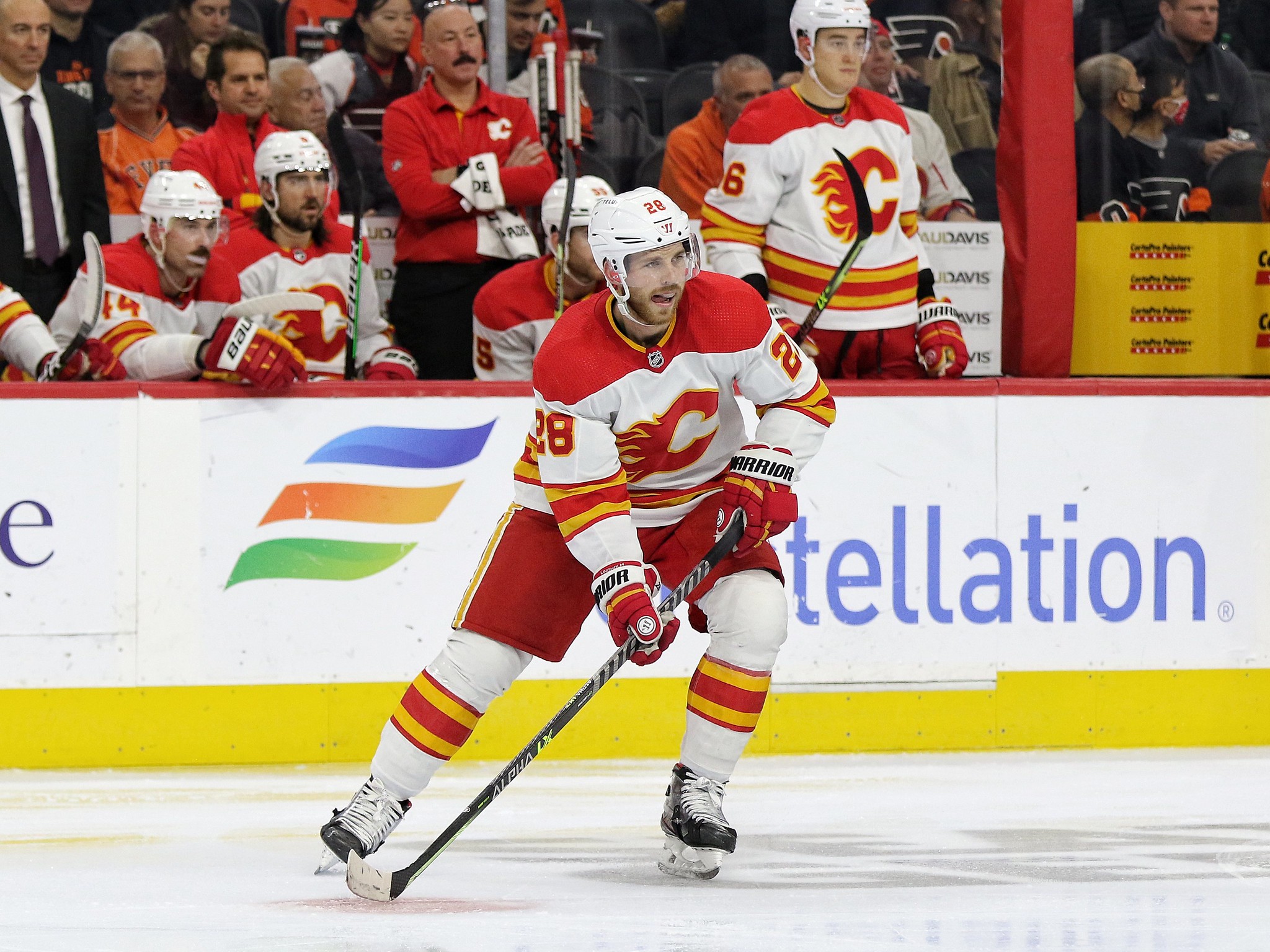 In this edition of NHL Talk, these are the top storylines with quotes from players, coaches, managers, and more.

Listen to The Hockey Writers Podcast on iHeartRadio and wherever you listen to podcasts, every weekday (Monday to Friday), for THW contributors discussing the hottest topics around the NHL and hockey world.

Wild Get Back on Track, Snap Four-Game Losing Streak

The Minnesota Wild snapped its four-game losing streak with a 5-4 win at the Philadelphia Flyers on Thursday. The Wild were outscored, 19-8, on its skid, which was uncharacteristic for the team that ranks third in the Central Division and is tied with the Washington Capitals for 11th in the NHL standings. Minnesota improves its record on the season to 32-17-3 and looks to build off its latest win to return to normal form.

“When you get down in these kind of low points it takes a game like that to kind of get out of it,” Wild forward Ryan Hartman said. “…It happens every season. There comes a time where that happens and you’ve got to find a way out. You can’t let it drag on too long. Maybe dragged out a little longer than we hoped, but it’s good to get that one. We didn’t want to let another one slip away. A lot of character being down a goal going into the third, but we know we couldn’t wait any longer.”

Capitals goaltender Vitek Vanecek posted a 36-save shutout in a 4-0 win against the Carolina Hurricanes on Thursday. It marked his first start since Feb. 1 against the Pittsburgh Penguins, a game that he exited in the first period after sustaining an upper-body injury. The 26-year-old now has three shutouts on the season, and five in his young career.

“It feels good. You’re trying to get back. Just trying to help the team,” Vanecek said. “[The team] helped me a lot today, blocking shots. We battled hard today and it was a good game.”

The Chicago Blackhawks welcomed its former defenseman, Duncan Keith, back to town in a 4-3 overtime win against the Edmonton Oilers on Thursday. Keith played the first 16 seasons of his career with the Blackhawks and won three Stanley Cup championships (2010, 2013, 2015), before being traded to the Oilers on July 12, 2021. The 38-year-old remains first among all-time Blackhawks defensemen in games played (1,192), and ranks second in assists (520; Doug Wilson, 554) and points (625; Wilson, 779).

“Yeah, it was good to catch up with [Keith] a little bit (Wednesday) night,” Blackhawks forward Jonathan Toews said. “Saw him here in warmups. He’s a guy I like to keep in touch with here and there, too, and FaceTime, and see how he’s doing.… And [it was] a little bit strange to see a guy like him, who’s just a pillar of this team and a Hall of Famer and just the career that he had, coming to the United Center and playing for a different team. That’s definitely different.”

Boston Bruins forward Craig Smith recorded the third hat trick of his NHL career in a 5-2 win at the Vegas Golden Knights on Thursday. He opened the game’s scoring at 13:18 of the first period, before adding his second goal of the night at 11:03 of the second period, and finishing off the hat trick at 14:19 of the third period. The 32-year-old improves to 22 points (nine goals, 13 assists) in 48 games this season.

“I think one of the things we focused on tonight was a little bit of spacing at times,” Smith said. “I think there are certain areas where we think alike and get into the same position in the [offensive] zone, which you can cover with a blanket, so I think we fixed that a little bit tonight, and it opened up some things for us…. I think any time you can pop three, it’s great. It’s great here, and obviously road wins are huge, too. It’s special with the team. Any time you can get three, you’ll take them when you can get them.”

The Calgary Flames’ impressive 11-game home winning streak came to an end with a 5-4 overtime loss to the Montreal Canadiens on Thursday. It marked the second time in Flames’ franchise history that it won 11 consecutive games at home, with the only other time being from Nov. 5-Dec. 27, 2015. Despite the loss on Thursday, Calgary earned a point in the standings and continue its domination as the first-place team in the Pacific Division.

“I think lately at home we haven’t been, even though we’re winning games, we haven’t worn teams down and stuff like that like we did a couple weeks ago,” Flames forward Elias Lindholm said. “We need to get back to that. That’s how we want to play. Wear teams down and play in the O-zone as much as possible. Right now, we’re turning pucks over and playing too much up and down.”

Columbus Blue Jackets defenseman Zach Werenski returns to the lineup against the Los Angeles Kings on Friday. The 24-year-old has 33 points (eight goals, 25 assists) in 48 games this season, but missed the last four games due to an upper-body injury. Since exiting the lineup following a 4-3 overtime win against the Toronto Maple Leafs on Feb. 22, the Blue Jackets have posted a 2-2-0 record.

“Obviously it [stinks] missing games and watching, but it’s part of hockey,” Werenski said. “Stuff happens. I’m happy to be back tonight…. It [stinks] being out, but when you can watch the guys work like that and play good hockey, it makes it better for sure.”

Jets’ Ehlers Expected to Return From Knee Injury on Thursday

Winnipeg Jets forward Nikolaj Ehlers is expected to suit up when his team hosts the Dallas Stars on Friday. The 26-year-old has 25 points (13 goals, 12 assists) in 34 games this season, but has been out of the lineup since injuring his knee in a 4-3 overtime loss to the Capitals on Jan. 18. He practiced in a normal jersey on Thursday, lining up alongside Andrew Copp and Adam Lowry, and appears ready to return to the Jets.

“Now it’s a coach’s decision,” Ehlers said Thursday. “I told him I’m ready to go and I talked to the medical staff about it as well. We kind of had a plan in the last week to kind of aim for the next game, and I feel ready for that.”

Tom Pepper hosts The Hockey Writers Podcast on iHeartRadio and wherever you listen to podcasts, every weekday (Monday to Friday), and writes the “NHL Talk” and “Kraken News & Rumors” columns. He is a diehard Seattle Kraken fan, podcasting and writing about the team since its pre-expansion draft era. Follow The Hockey Writers Podcast on your favourite audio streaming app and bookmark this page to stay up-to-date with Tom Pepper’s daily hockey content.