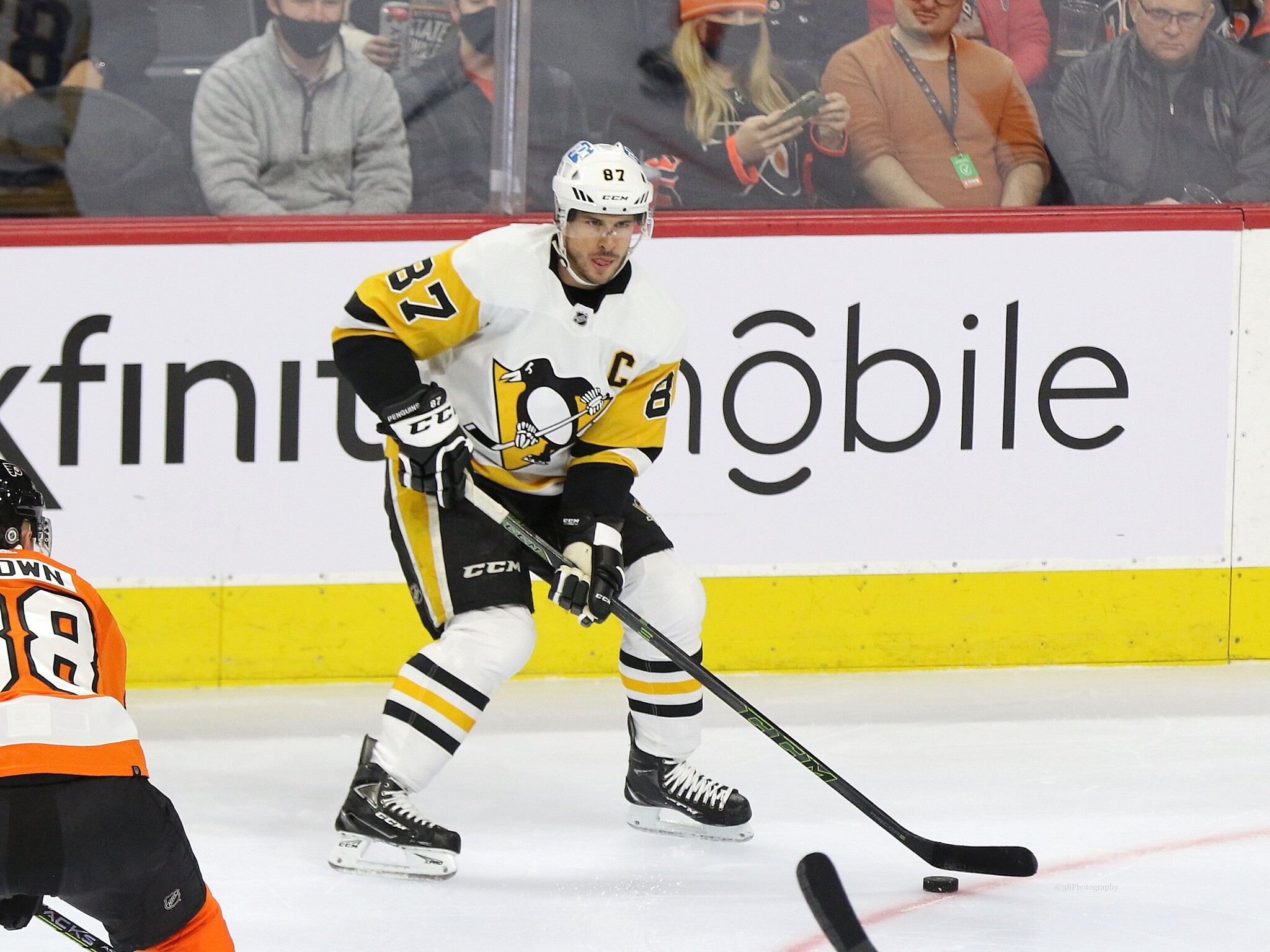 On the latest edition of NHL Stats News, we look at the stars once again shining for the Pittsburgh Penguins, a historic night with a couple of overtime hat tricks, and more goals and points by the scoring leaders of the Edmonton Oilers. Then we go to the Minnesota Wild and some impressive feats, more marks set by Moritz Seider, two key defencemen for the Montreal Canadiens, and much more.

Sidney Crosby is tied for 43rd in goals in NHL history (503), tying Peter Bondra. Crosby moved into 50th all-time in power-play goals (151), tying Glenn Anderson. Crosby scored his 75th game-winning goal, tying Evgeni Malkin for second in franchise history. Jaromir Jagr has the most with 78. Crosby holds the NHL record for most consecutive seasons averaging at least a point per game (17). There are three players tied for second: Mario Lemieux (1984-2003), Wayne Gretzky (1979-94), and Marcel Dionne (1972-87), all with 15. Crosby has the seventh-most career multi-point games on the road before age 35 in NHL history (204).

The Penguins required the least amount of games in franchise history to record 40 points on the road (28 GP), topping the previous record of 31 GP in 2014-15.

It was the first time in NHL history that two hat tricks that included overtime goals were scored on the same day in the regular season (Robertson and Arvidsson). It has been done once before in the playoffs in 1996 (Joe Sakic and Mike Gartner). Robertson recorded the ninth-most points among active players in their first 100 career games (97).

Joe Pavelski recorded his 900th career point, the most among any player drafted in the final round of the NHL draft since it was reduced to seven rounds. He has the sixth-most points among players drafted in the seventh round or later in NHL history. He is also the 14th American-born player to reach 900 career points and just the sixth centerman to do so. Robertson recorded the fifth-most goals in his first 100 career games in franchise history (43).

The Oilers scored their first 6-5 goal of the season in game 55. Cody Ceci played his 600th career game.

Wild Comeback Wins are For Real

The Wild are 17-0-0 when they score at least five goals in a game this season. The Wild are the third team in NHL history to have two separate comeback victories after scoring four game-tying goals in a game. They also did so on Oct. 19, 2021. They joined the Minnesota North Stars (1985-96) and Pittsburgh Penguins (1989-90).

Seider is the first defenceman with an eight-game point streak since Nicklas Lidstrom and first rookie since Steve Yzerman. Seider has the 10th-most assists by a rookie in franchise history (36). The franchise record is held by Marcel Dionne and Lidstrom (49).

Jeff Petry has the eighth-most goals among defencemen in franchise history (68). Larry Robinson holds the record (197).

Player & Team Stats & Milestones From Around the NHL

The Blue Jackets score three quick ones but still fall to the Los Angeles Kings in overtime, while a couple of young goalscorers hit 30 once again. With the seasons Gaudreau and Kreider are having, they continue to climb the franchise leaderboards. Stay up to date with all the latest stats and milestones from around the NHL with NHL Stats News every couple of days.

Rob Couch is a THW freelance writer covering mainly the Edmonton Oilers and Philadelphia Flyers. He covers everything you need to know about fantasy hockey. He will also keep you up to date with NHL Stats News and trade talks from around the NHL.