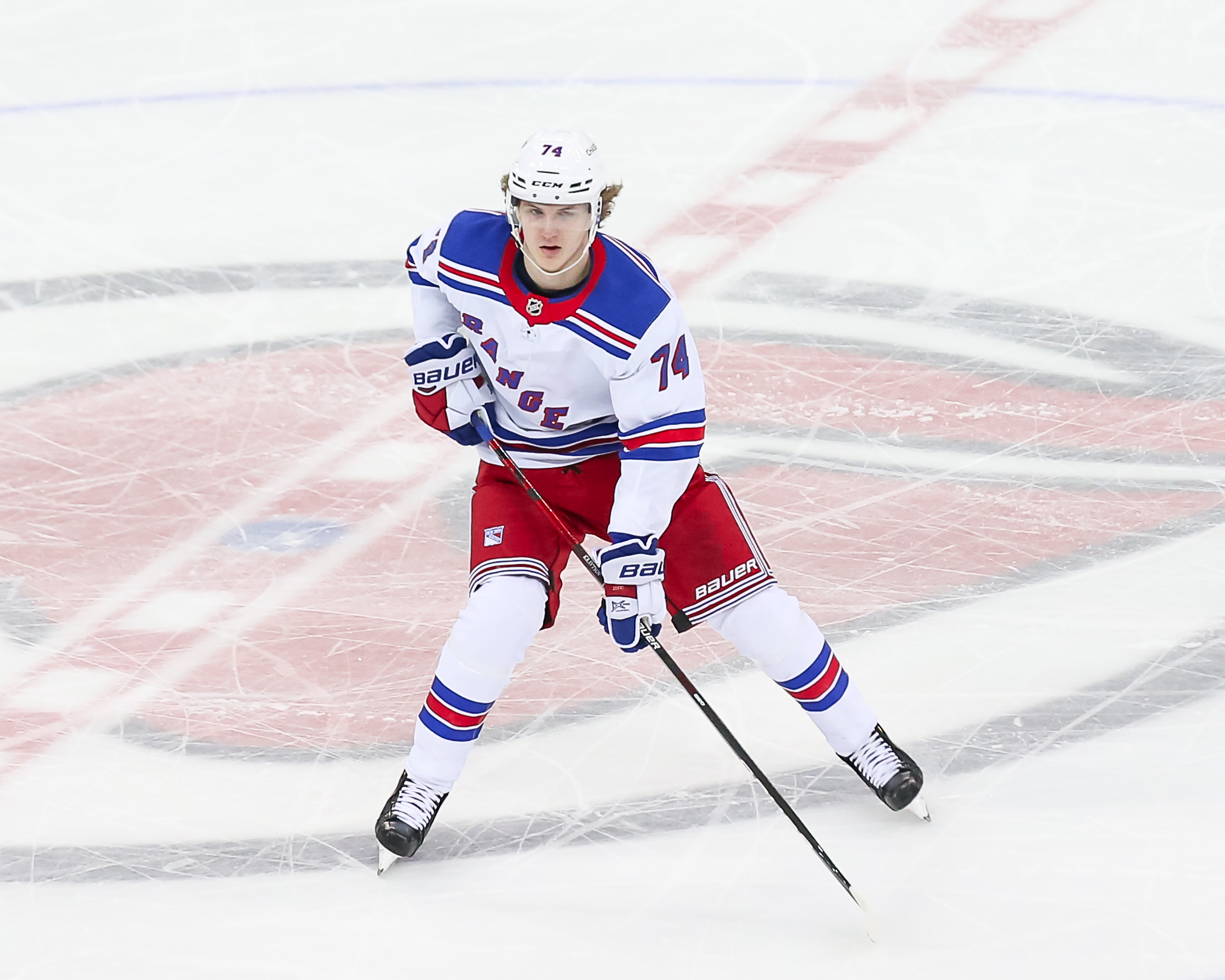 This year, the New York Rangers and Anaheim Ducks are both in the playoff hunt. The Rangers are one of the top three teams in the Metropolitan Division, and the Ducks are a few points out of the second wild-card spot in the Western Conference. The Rangers are the more likely of the two teams to be buyers by the trading deadline.

With a week until the trade deadline, it is anticipated that deadline deals will begin to occur in the coming days. The Rangers and Ducks are two teams that could benefit from trading with one another by next week’s deadline, so let’s take a look at how the two organizations could help each other at the trading deadline.

Ducks Are Looking to Acquire Youth

The Ducks have veteran players in Ryan Getzlaf, Josh Manson, Hampus Lindholm, and Rickard Rakell who will be unrestricted free agents (UFA) at the end of 2021-22. Trevor Zegras and Troy Terry lead the Ducks in points and are two players with bright futures. That means general manager (GM) Pat Verbeek may look to acquire more young players and future draft picks by the deadline in exchange for some of the veterans.

Getzlaf has been out for the Ducks with a lower-body injury since March 6. Given his role as team captain and the no-movement clause (NMC) in his contract, it’s unlikely he’s traded by next week’s deadline. But Manson, Lindholm, and Rakell are rumored to have interest from playoff-bound franchises.

According to the TSN Trade Bait board that was published on Mar. 9, Manson is ranked fifth, Rakell is ranked sixth, and Lindholm is ranked 14th. Hockey insider Pierre LeBrun reported that the Ducks are working on signing Lindholm to an extension. But if the Ducks and Lindholm are unable to come to an agreement on an extension, the team may shift its focus back to trying to sign Manson.

The Rangers have players that would interest the Ducks in a trade for Rakell and either Lindholm or Manson. Manson has a modified no-trade clause (M-NTC) in his contract in which he would submit to Verbeek a 12-team no-trade list. Vitali Kravtsov, Filip Chytil, K’Andre Miller, Nils Lundkvist, and Zac Jones are some of the young players on the Rangers who they may include in a deal. If the Ducks are interested in Kaapo Kakko, Ryan Lindgren, or Braden Schneider, it’s uncertain if Rangers president/GM Chris Drury would have interest in proceeding with a deal.

The Rangers are an improved team from previous years. They view Kakko, Schneider, Lindgren, and Miller as significant pieces that can help contribute to success for New York over the next several years,but they’re not an elite franchise in the running for a Stanley Cup. If the Rangers are interested in trading for Manson or Lindholm, the Ducks would want more than one of the Rangers’ young players, which could make a deal difficult.

The Rangers need more players at the forward position and could use another veteran on their blue line. With Kevin Rooney on injured reserve (IR), the Rangers’ depth at center is being tested as well, and they could use more depth on the wing.

The emergence of Alexis Lafreniere on the top line has helped the Rangers. However, the team would benefit from Rakell’s presence and have more depth once Kakko returns from his injury. Rakell’s offensive numbers are down from previous years, particularly the number of assists he has (12) so far in 2021-22. He has more offensive contributions recently, with eight goals in his last 15 games for the Ducks. The 28-year-old may benefit from a change of scenery and playing on a line combination with playmakers such as Chris Kreider and Mika Zibanejad or Artemi Panarin and Ryan Strome.

The Rangers have their share of competition in regards to acquiring Rakell by March 21. According to The Fourth Period, the Boston Bruins, Minnesota Wild, Pittsburgh Penguins, St. Louis Blues, Tampa Bay Lightning, and Toronto Maple Leafs all have interest in trading for him by the deadline.

Forever Blueshirts included in a piece that acquiring Rakell for Kravtsov would be a trade the Rangers may have an interest in. The Rangers’ 2018 first-round draft pick would be a young forward who could play well on a team featuring core players such as Zegras and Terry. Kravtsov has done well for Traktor Chelyabinsk of the Kontinental Hockey League (KHL) this year.

The Rangers and Ducks would benefit from a potential trade with one another. The Rangers would boost their forward depth with the acquisition of Rakell and are improving their depth on defense if Drury trades for Manson or Lindholm as well. The Ducks would receive young assets in return for their veteran players who are pending unrestricted free agents.

The Rangers and Ducks are in a position to help each other by the trade deadline. If the Ducks are seeking to acquire younger players, the Rangers have young defensemen and forwards who can make up for the potential loss of Rakell and either Manson or Lindholm. The Rangers are seeking depth on their roster, and the Ducks are listening to offers for the veteran players who may not return to Anaheim after their contracts expire.

Matt covers the New York Rangers and New Jersey Devils and has previously contributed content about the Philadelphia Flyers and the Pittsburgh Penguins for The Hockey Writers. For interview and podcast requests, follow Matt on Twitter that appears at the end of his articles.

Lightning confident they’re set up for continued success
When Nazem Kadri hoisted the Stanley Cup, he lifted a whole community along with it
‘A bunch of warriors’: Brayden Point’s torn quad muscle part of a lengthy list of Lightning playoff injuries
Comets’ Schmelzer leads by example
Avalanche win Game 6, secure 1st Cup since ’01