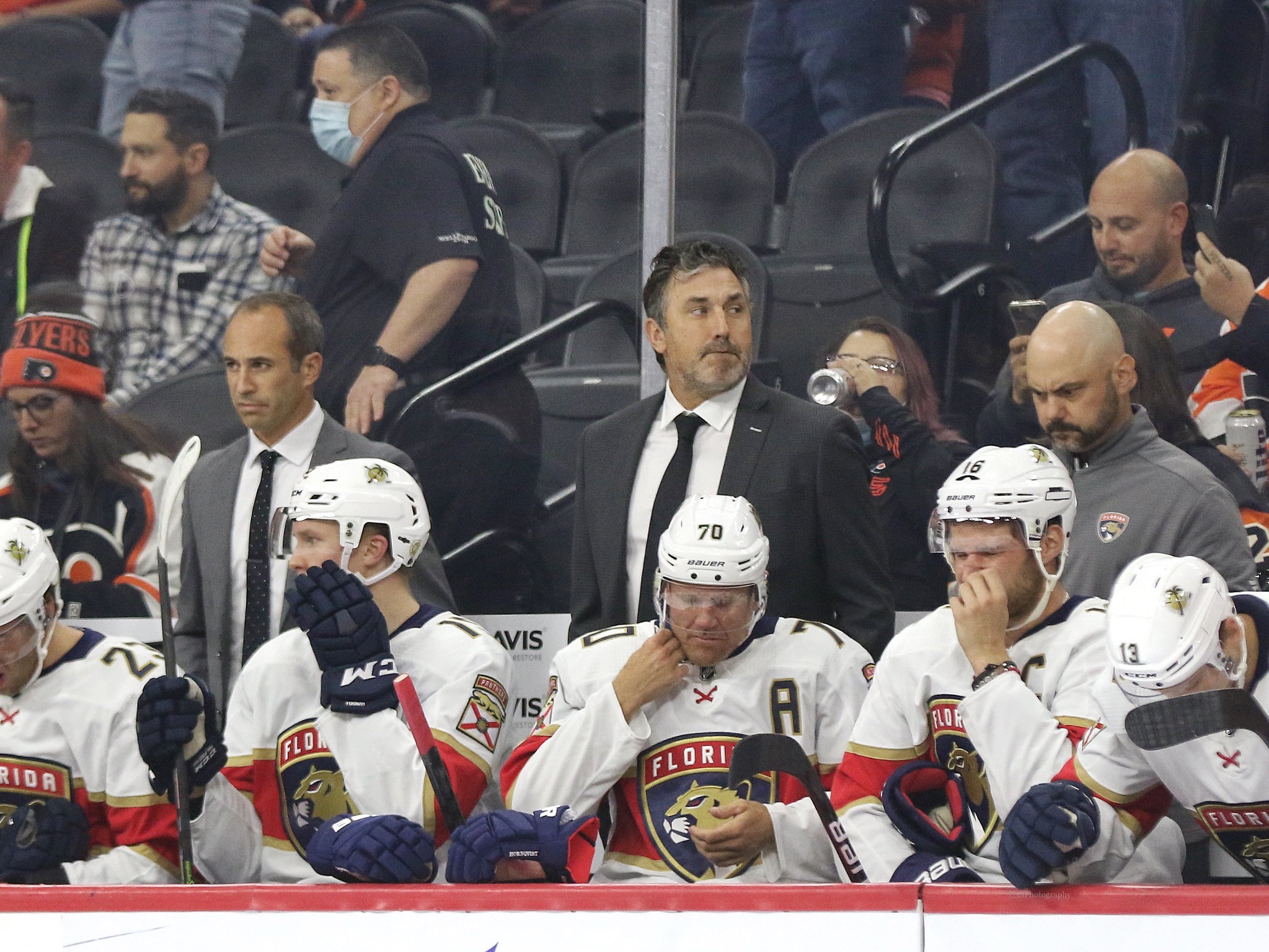 Welcome to the 24th edition of my weekly NHL Power Rankings for The Hockey Writers, where the league’s top half is evaluated. These rankings will focus on how teams have performed in the past week of play and will significantly factor in their overall strength and where they are at the time in the standings. With that said, here’s a look at the top 16 teams in the league at this moment.

Another ho-hum week for the Predators. They were able to start things off with a 4-1 win over the Ottawa Senators on Tuesday, but fell to the lowly Buffalo Sabres Friday night in their second and final game of the week.

Heading into the 2021-22 season, expectations were not very high for this Predators squad, and they undoubtedly played better than most thought they would. With that being said, their inability to put wins together in stretches could result in an early exit come the playoffs.

Just as it appeared the Capitals were getting back on track, they got blown out in each of their games this past week. First was a 6-1 loss to the Carolina Hurricanes, followed by a 5-1 defeat to the Minnesota Wild.

Goaltending remains a question mark, as Vitek Vanecek had seemed to get things together but has now allowed nine goals on his past 32 shots against. Much like the Predators, the Capitals at this juncture won’t scare many come the postseason.

The Kings had an ugly start to their week, as they were blown out 6-1 versus the Seattle Kraken on Monday. However, they were able to regroup after that, taking the Edmonton Oilers to a shootout on Wednesday night and defeating the Calgary Flames in a shootout the next evening.

To end off their week, they were able to defeat the Winnipeg Jets 3-2. They currently occupy second place in the Pacific Division but will need to up their play over the final few weeks of the season if they hope to remain in front of the surging Oilers.

After struggling throughout the entire month of March, it appears the Blues may be back on track. They were able to defeat the Vancouver Canucks on both Monday and Wednesday to start their week and took three of a possible four points during their trek through Alberta.

Despite the better play overall, Jordan Binnington’s struggles between the pipes have continued, as he was pulled against the Oilers after allowing four goals on just 13 shots. After the game, Craig Berube didn’t mince words when asked about his goaltender’s performance, making it seem that Ville Husso is their undisputed number one for the remainder of the year (from ‘Jim Thomas: Blues rally after trailing 4-1, but fall in OT of game in which Binnington is yanked’, St. Louis Post-Dispatch, 4/1/22).

Though the odds are still not in their favour, the Golden Knights are doing everything in their power to earn a playoff berth. They were able to win all three of their games this past week, and as a result, find themselves on a league-best five-game winning streak.

What makes this latest stretch of play so impressive is that they have managed to pick up these wins despite having a multitude of injuries. If they are able to sneak into the playoffs and get healthy, they could be a serious problem for opposing teams.

After being one of the league’s hottest teams in recent months, the Flames cooled down in a big way this past week, picking up just one point over their three games. All of a sudden through their past 10 games, they own a record of just 4-4-2.

Despite the slight dip in play, there isn’t a ton to worry about with this team. They still hold a commanding lead for first in the Pacific and have arguably the best line in hockey with Matthew Tkachuk, Elias Lindholm and Johnny Gaudreau. They should be able to climb back up these rankings in a hurry.

Not the best week for the Penguins, though they did not have an easy schedule. They lost their first game of the week to the New York Rangers but were able to just sneak past the Minnesota Wild a few nights later with a 4-3 overtime victory. Saturday marked their second loss of the week, as they fell 3-2 to the Colorado Avalanche.

As mentioned, their schedule this past week was a tough one. They should have no problems bouncing back from this and will continue to be a great team to watch for the remainder of the season thanks to their many offensively gifted players.

The 2021-22 season has been one of highs and lows for the Oilers, and right now they are on a high. They have won four straight, and as a result, sit just one point shy of the Kings for second in the Pacific.

As everyone knows, what makes this team so dangerous is their two-headed monster upfront in Connor McDavid and Leon Draisaitl. McDavid was able to become the NHL’s first 100-point player of the season on Wednesday, and Draisaitl was able to reach the same mark on Sunday, while also scoring his 50th goal.

The Lightning haven’t been at their best as of late, but may be turning things around thanks to the solid week they just had. They started things off with a statement win over the Hurricanes on Tuesday and followed that up with a 5-2 win over the Chicago Blackhawks a few nights later. They did end up falling to the Montreal Canadiens in overtime on Saturday, but it came on the second half of a back-to-back.

As everyone knows, regardless of how this team finishes out the 2021-22 season, they will be viewed as Stanley Cup contenders once the playoffs begin. Not only have they won back-to-back Cups, but their roster on paper is as talented as any in the entire league.

While things started off good this week for the Rangers with wins over the Penguins and Detroit Red Wings, they see themselves fall in this week’s ranking due to losses in their final two games of the week to the New York Islanders and Philadelphia Flyers.

While he still remains a front runner for the Vezina Trophy, Igor Shesterkin has struggled as of late and has likely taken himself out of the Hart Trophy discussion. Perhaps fatigue is kicking in for the 26-year-old, who has never appeared in north of 40 games in a single season as a pro until this year.

While they were able to pick up five of eight points this past week, the Hurricanes simply haven’t looked like themselves lately. After their most recent loss to the Wild, they now own a subpar 4-3-3 record over their past 10.

If there was a time to struggle, now is the time to do it, as there is still time for this group to figure things out ahead of the playoffs, and going through adversity can be a good thing. Even with their poor stretch, they remain one of the league’s best teams and are a serious contender for the Cup.

While critics will remain until they are able to find some success in the postseason, the Maple Leafs are flat-out dominating right now. Their offensive has been on a ridiculous tear in recent months, particularly over their past four games, as they have 24 goals over that stretch.

The main question mark for this team as of late has been their goaltending, but that may not be the case for much longer. Jack Campbell was able to return from injury on Saturday night and looked how he did early on in the season, kicking aside 29 of the 32 shots thrown his way. If he is able to get back to the level he displayed through the first half of the 2021-22 campaign, this team may finally find their way out of the first round of the playoffs.

The Wild are fully back after some midseason struggles and proved that this past week by picking up wins over some great teams in the Hurricanes and Avalanche, while also taking the Penguins to overtime.

The addition of Marc-Andre Fleury is paying off in a big way for this club early on, as he owns a 1.34 goals-against average (GAA) along with a .958 save percentage (SV%) through his first three starts. Even better is that the healthy competition has elevated the play of Cam Talbot, who was going through a rough patch prior to the acquisition. This team could surprise many this Spring.

Many were critical of the Bruins being first on this ranking last week, and will likely argue that third is still too high. While a quick glance at the overall standings may lead some to believe that, it is important to note that their 29-10-3 record since Jan. 1 is second to only the Colorado Avalanche in the entire NHL.

This team has been red hot as of late and one reason in particular is the play of Erik Haula. Many were critical of Bruins management choosing not to add a second-line centerman at the trade deadline, but he is proving to be that player himself, having recorded four multi-point outings in his past six games.

The Avalanche, as they have been so many times this season, were perfect this past week, winning all three games on their schedule. Two of those games came against very solid teams as well in the Flames and Penguins.

With how stacked this lineup is, anything less than a Cup Final appearance would feel like a major letdown. If they are able to somehow get Gabriel Landeskog back in the lineup in the near future, look out.

This Panthers team continues to dominate and did so again this past week as they won all four of their games. Saturday night’s contest gave a great example of both the good and bad of this team, as they trailed the New Jersey Devils 6-2 after two periods but were somehow able to walk away with a 7-6 overtime victory.

As far as excitement goes, there is no better team to watch in the league than this Panthers squad. Offensively, they are one of the most talented rosters the NHL has seen in years. Whether or not their run and gun style will allow for playoff success, however, remains to be seen.

These rankings will continue to change each week throughout the season, as all teams go through highs and lows. Of course, the true contenders will always remain on the list, but where they are ranked could change each and every week. Tune in at this time next week to see the changes.

Chicago is Calder City again
Comets’ Schmelzer leads by example
Winnipeg Jets release 2022-23 pre-season schedule, along with Dale Hawerchuk statue unveiling date
Wolves one win away after Game 4 triumph
When Nazem Kadri hoisted the Stanley Cup, he lifted a whole community along with it