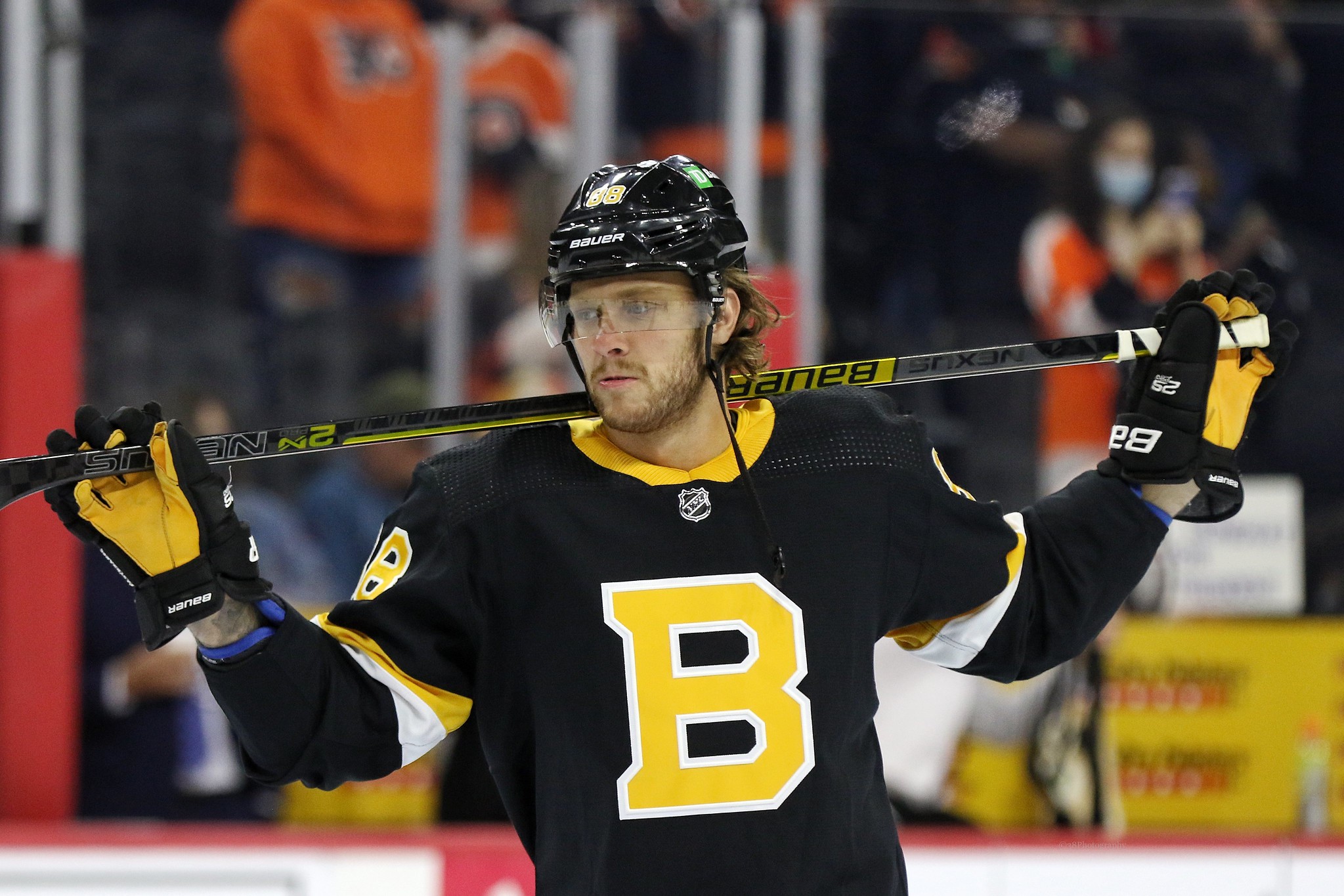 In this edition of Boston Bruins News & Rumors, both David Pastrnak and Hampus Lindholm have been skating on their own, but neither are ready for a return just yet. It sounds as though Linus Ullmark is also nearing a return, after being injured in a game this past Thursday. Meanwhile, 2019 first-round pick Johnny Beecher has officially joined the Bruins organization, signing an amateur tryout offer (ATO) with the Providence Bruins this past week.

The Bruins have been in a bit of a funk lately, and plenty of that has to do with the fact that Pastrnak has missed the team’s past six games, while Lindholm has missed the past five. For Pastrnak, he is dealing with an upper-body injury since taking a fall in a game versus the Columbus Blue Jackets back on Apr. 4. Lindholm, meanwhile, hasn’t played since suffering a lower-body injury versus the Detroit Red Wings. Some have suggested the team is simply resting them ahead of the playoffs, a notion which head coach Bruce Cassidy has denied.

“Pasta and Lindholm have been out for a bit here, but [Lindholm] hasn’t played a lot of hockey with us so I think it would benefit him playing with our guys in our system,” Cassidy said. “Pasta has been playing here for a lot of years, but he’s a timing guy so he needs to play. When they’re ready, they are in. Now if you play them in back-to-backs at the end of the year or play three [games] in four [days] now that’s a different story. But right now, we’d like them to get in and get playing as quickly as possible.”

Prior to sustaining his injury, Pastrnak was having himself another solid year with 38 goals and 71 points through 69 games. When in the lineup, he is undeniably this team’s best goal scorer. Lindholm, on the other hand, has played in just seven games with the Bruins since being acquired by the Anaheim Ducks, but looked quite solid during that short span with four assists.

On Thursday night, Ullmark was forced to leave during a game versus the Senators after taking a shot up high during the first period. While he did finish the first frame, he never came out for the second and did not dress for Saturday’s game versus the Pittsburgh Penguins. It didn’t seem to be too worrisome, however, as Cassidy said he believes the 28-year-old is already doing better.

“I was talking to Linus [Ullmark] and he feels better,” Cassidy said. “How quick that comes around remains to be seen, but it was good to see him up and feeling good.”

While some were hesitant on Ullmark early on this season, he has been very good for this Bruins club lately and owns a 2.57 goals-against average along with a .912 save percentage. He and Jeremy Swayman have proven to be a very good tandem without the services of Tuukka Rask.

On Wednesday afternoon, it was confirmed that Beecher had made the decision to leave the University of Michigan and go pro, as he signed an ATO with Providence. The two sides are believed to be working together to try and figure out an entry-level deal in the near future, but even without that deal completed, it was clear that the organization was very happy to have him in the fold.

“Johnny Beecher has made the decision to leave Michigan and the Bruins are excited that Johnny will immediately begin his professional career with the Providence Bruins,” said general manager Don Sweeney. “We are appreciative to Mel Pearson and the Michigan coaching staff as they did a great job with his overall development. The Bruins and Johnny are leaving all options open with regards to his availability for the remainder of this season and playoffs. We will continue to communicate with his agent, Cam Stewart, while Johnny starts to play games and as we work towards finalizing his [entry-level contract].”

Beecher, 21, was selected by the Bruins in the first round (30th overall) of the 2019 Draft. Since being drafted, he has spent three seasons with the University of Michigan. In 34 games this season, he put up six goals and 15 points.

Up Next for the Bruins

The Bruins have four games ahead of them this week, with the first coming against the St. Louis Blues on Tuesday. They will then face off against the Pittsburgh Penguins on Thursday, before a back-to-back set against the New York Rangers as well as the Montreal Canadiens over the weekend. They currently trail the Tampa Bay Lightning by three points for third place in the Atlantic Division.